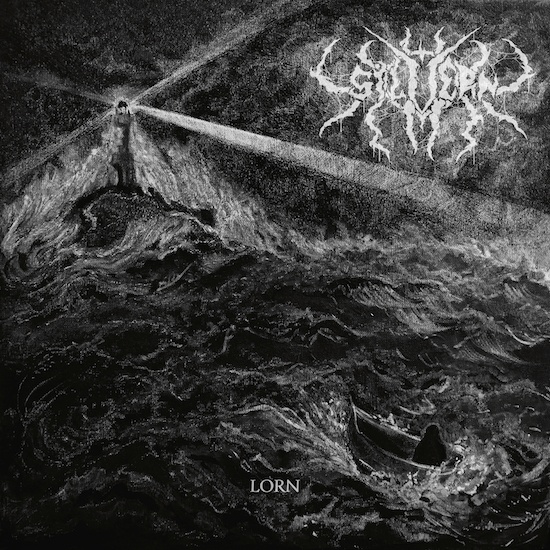 The second pandemic year 2021 gave birth to a plethora of new metal bands. Was the birth rate higher than in the first plague year? Or the last “normal” year of 2019? Someone with time on their hands might study Metal Archives to get a sense of the answer. Of course not all the 2021 newborns were attractive, but the Ukrainian black metal project Silvern definitely is — the first steps are extremely promising.

Silvern has been at work on a debut album, and on February 22nd it will release the first single, a song named “Lorn” that we’re premiering today. It has intriguing lyrical themes. Silvern explains:

The lyrics describe the controversial figure of a human as a biological species, which constantly creates a problem for itself and everything around. The possibilities of consciousness are endless, you need to develop yourself and live in harmony with the Universe, but instead, a human invents religions, kills, harms the environment, thinking that he is the crown of God’s creation. Everything is much more complicated. Sometimes you need to look a bit higher than the Saviour’s star.

The First Single describes the beginning of the path of a person from conditional White Harbor to conditional Black Harbor, but in the process, the consciousness of the character begins to think and doubt everything around.

All this finds echoes in our creativity and the first single opens this journey.

This new song is laden with sharp hooks and propelled with a visceral punch. It creates an electrifying yet distressing experience, and it’s a promising sign for Silvern‘s new album.

“Lorn” opens with a scratchy yet searing riff that claws at the mind, joined by a prominent bass pulse and pounding drums. It’s an attention-seizing start, and the song becomes even more piercing when the drums batter more vigorously and the vocals vent the lyrics with raw, scorching intensity. The lead guitar lights flares of crazed sound that go off above bursts of hammering drums. The music reaches a boil and then rings in tones that seem freighted with despair.

The percussive tumult is unceasing, but when Silvern discharges blast-beats in a fury the riffing becomes a bonfire of roiling chaos. The guitar vibrantly flickers and pulsates in madness, the rhythm section thunders and pounds, and the vocals scream in pain and fury.

We’ve included a pre-order link for “Lorn“, and a link you can use to follow Silvern‘s ongoing progress.