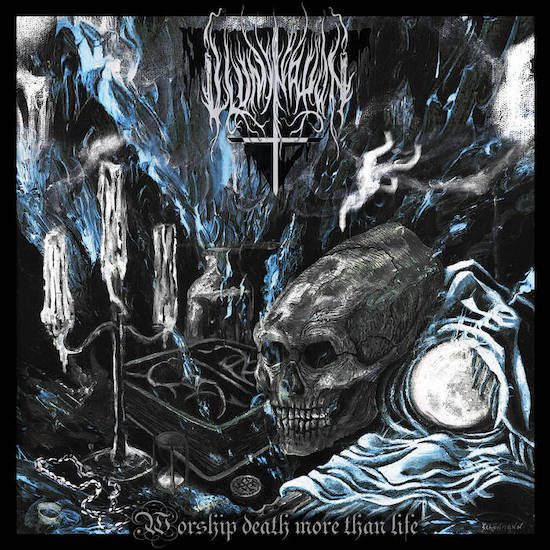 In a time marked by such a relentless torrent of new metal, adding to a sea of music that now spans many decades, what keeps ardent fans attentive and excited? In some instances it’s the thrill of new releases by bands who helped shape the course of the flood long ago and still survive. But in other instances it’s the excitement that comes from discovering unusual music by new groups, music that builds on tradition but takes the sounds in startling directions.

We have a great example of that latter phenomenon in the EP we’re about to premiere by the Brazilian band Illumination. It’s a tremendously accomplished debut EP that builds upon the band’s 2021 demo Occult Science, and its manifold successes are undoubtedly due to the previous experience of its three members, who have spent time in such bands as Nervochaos, Grave Desecrator, ColdBlood, Poem’s Death, and Aghory, among others.

The EP’s closest genre label might be atmospheric black metal, but as you’ll discover the music is a stylistic hybrid. A combination of the luminous and the lethal, it fits the band’s name, and it fits the name of the EP as well: Worship Death More Than Life. 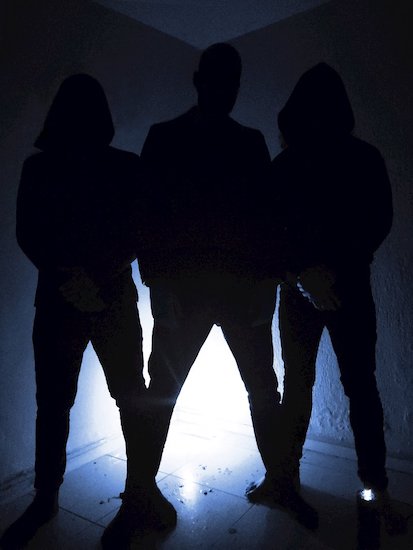 That combination of the lethal and the luminous is portrayed from the outset by the ringing notes and aural mists that open “Ngh W Srr”, and the frightening amalgam of sounds that follow. Enormous heaving chords and tortured wailing tones intertwine with methodical cracking beats and hyperspeed percussive fusillades. Roiling, pulsating, and frantically quivering guitars provide the backdrop for the reverberation of vicious, belly-deep growls and grim spoken words.

A dismal and fraught mood shrouds the opening track, creating a signpost for all the other dark moods to come. In the succeeding tracks everything echoes in eerie fashion as the guitarists leap across the frets, causing the melodies and anti-melodies to dart, swirl, and vibrantly ring, and as the band occasionally deploy keyboard accents that enhance the atmosphere of haunting mystery and perilous wonder. Those experiences are captivating, in part because they sound so unearthly, creating strange and shivering spells.

But Illumination continue to bind those ethereal and unnerving sensations to muscular and maniacal drumwork, thrusting bass lines, and the ruthless vocal savagery of strangled snarls and roaring growls. And they continue to plumb the chasmic depths of dark moods — of fear and hopelessness, of dread and derangement. While the band show themselves capable of creating strange spells, straight through to the mesmerizing closing track (a combination of acoustic guitar and synth), they are frightening and dispiriting entrancements, even if tinged with awe.

And so the EP fulfills the promise of its title, drawing upon traditions of doom and depressive black metal, but also making the music punishingly heavy, physically propulsive, and chillingly mystical. We hope you enjoy it as much as we have:

The EP includes guest vocals by Devilish (Darkstorm, ex-Cult of Fire) and Renato Gimenez (Vazio), and the memorable cover art was painted by Francisco Shcönmann.

Worship Death More Than Life will be released by the distinctive label Personal Records on March 4th (CD and digital), and it’s available for pre-order now.

2 Responses to “AN NCS EP PREMIERE (AND A REVIEW): ILLUMINATION — “WORSHIP DEATH MORE THAN LIFE””