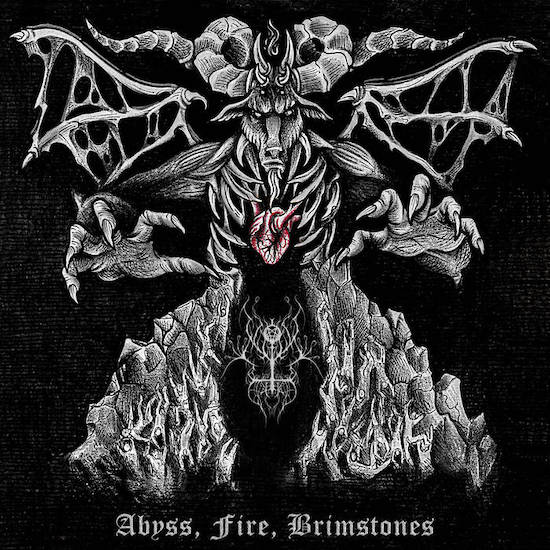 The title of the forthcoming third album by the Italian black metal band Ad Noctem Funeriis leaves no doubt that the band have maintained their blasphemous stance: Abyss, Fire, Brimstones will soon join the group’s preceding full-lengths, Satan’s March Black Metal (2015) and …Of Evil and Torment (2009). As those dates demonstrate, the band do not rush their releases, but instead take their time to ensure that the Hell they unleash on Earth is accomplished through carefully crafted campaigns.

That care shows strongly in the song we’re premiering today from the newest album in advance of its April 12 release by Symbol Of Domination Productions and Pluton’s Rising Productions. And you need not be a follower of the Left Hand Path to be swept away by its dark grandeur and incendiary power. 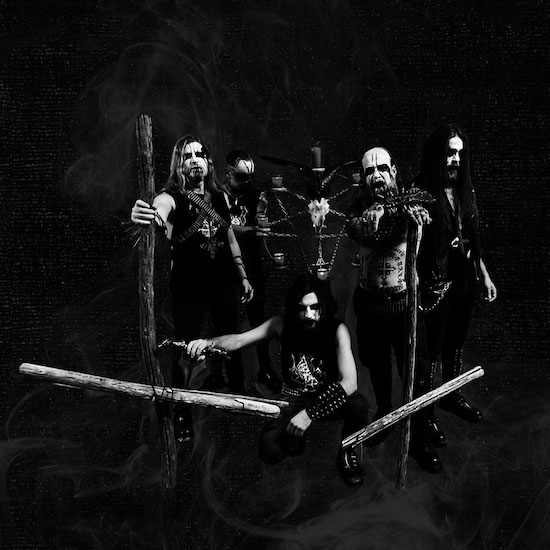 The new album begins with three tracks that bear the name “Abyss“, and the one we’re presenting today is “Abyss III“. Its opening riff, which unfurls over rapidly firing percussion and a turbulent bass line, is immediately captivating — a glorious blaze of sound that’s nevertheless also tinged with heartache. There’s tremendous torment in the vocalist’s shattering screams and in the lead guitar’s fiery flickering, which elevate the music’s emotional intensity to an even higher plateau where the music takes the breath away.

As the harmonized riffing cycles over and over again, it digs deeper into the listener’s head, but also subtly changes, making the experience sound more bleak and hopeless, but no less sweeping and electrifying. Solemn and earnest singing, which rises higher and higher, creates a new shade of sound, and the wonderful bass performance remains prominent. The one thing you shouldn’t expect is any softening or slowing — here, the band are fully dedicated to making the music’s emotional power and intensity relentless.

You’ll find more info about the release below, as well as a stream of the opening track “Abyss I“, which is free to download at Bandcamp.