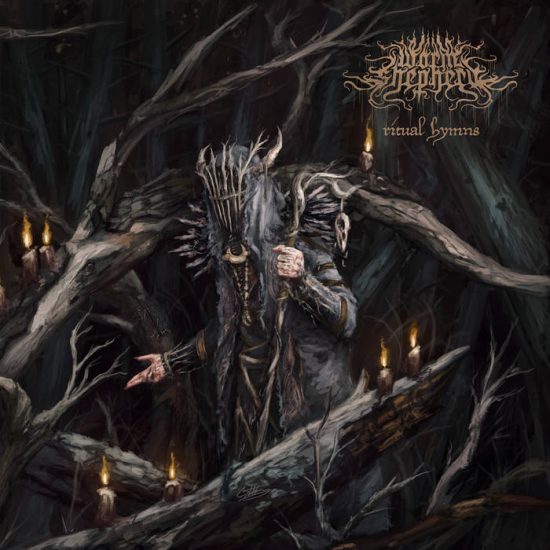 (Unique Leader Records released the second album by Massachusetts-based Worm Shepherd in January. DGR finally caught up with it and now delivers this extensive review.)

I don’t know how and I don’t know where, but for a while I was pretty fucking convinced that we had sat down and reviewed the first album from the Massachusetts-based symphonic deathcore crew Worm Shepherd last year.

In The Wake Of Sol had actually been released in December of 2020 but the fact that they had then signed to Unique Leader – who have become a bastion for artists like this – and re-released the album with one new song attached to it in late March always felt like a good enough excuse.

We covered a few of the music videos but turns out we never got around to writing about the album as a whole, which means that this discussion of the group’s followup album Ritual Hymns – which saw release in the middle of January – is likely going to sound like we’re dancing between discussing both albums. 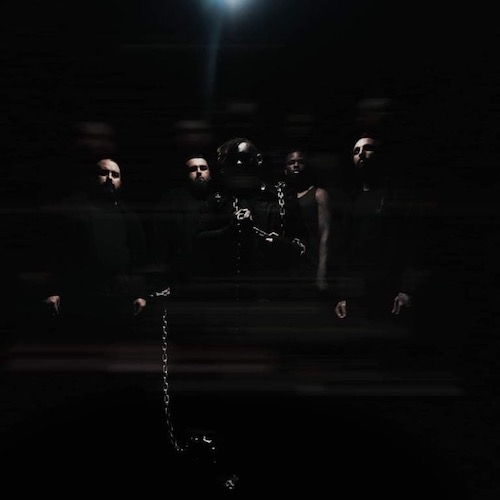 On its face, the music of Worm Shepherd is very recognizable. They have big, burly breakdowns, tons of backing symphonics, influences from blackened death metal galore – they even have the fascination of all ‘ofs’ being written as ‘Ov’ – and a vocalist who is seemingly becoming more and more monstrous with every song.

If you thought the Mental Cruelty and Breathing Process albums from Unique Leader last year were great, these guys are highly likely to find their way into your collection. But I think the reasons why I keep being drawn to them are far different than most in that, in a studious anthropological sense, Worm Shepherd fascinate me.

Now hold on for dear life because some of the logical ravines we’re about to jump will probably strike you like a scene out of Cliffhanger. It’s not the band’s fault because you can recognize what the group are doing from pretty early on. But, I think with Ritual Hymns we have finally reached the point where influences piled upon influences piled upon influences have gotten so far distant from one another that the music here is no longer a generational thing and that this style of music has finally crystalized into its own specific style.

You could still follow the roots of this tree all the way back to the early 2000s and the initial wave of keyboard-heavy deathcore groups but what would be the point? There’s been so much added to this particular mass and style that the groups of this scene have somehow wrapped back around and become their own specific thing.

Thus, while Worm Shepherd may share a lot of musical DNA with the current generation of nigh-unintelligible and sleekly-produced deathcore bands out there – Lorna Shore being a pretty chief comparison here – this sort of massive sounding, calculated brutality has become its own sort of trope codifier. Even though it’s instinctive to want to smack someone across the face sometimes when a deep thought is greeted with a shrug and the phrase “It is what it is”, it’s hard not to apply that here.

Which, I’ll reiterate: This is mostly the ravings of someone slowly losing their mind after having been up for a good chunk of the weekend and likely has nothing to do with the band at all. Shit, two minutes into the title song on this album and there really is no cogent thought to be had other than ‘me punch thing’.

The first time I listened to Worm Shepherd‘s debut album In The Wake Ov Sol, I recognized that there was a lot of potential there. Parts of it were primordial and ideas not quite fully-solidified yet with them calling on some of their friends to help out, but as proof-of-concept-ey as debut albums can feel, Wake Ov Sol dodged a huge part of that and was a generally enjoyable bit of brutality.

The song the group added on as part of its re-release in March of last year though, “Chasm Dweller”, was the one that actually showed a ton more promise. There was something serious in the band’s sound. That was the one it seemed the band would likely use as the blueprint for their followup, and it does seem to have been the case on Ritual Hymns. It’s a massive album, at nine songs and nearly an hour’s worth of music, and there’s a lot of chugging guitar, huge keyboard swells, drum-kit annihilation, and inhuman lows to be found here.

“Ov Sword And Nail” is the song you’ll want for the clearest picture of what Ritual Hymns has to offer. Not so much because it’s the strongest song on the album but because it whips through every play the band has in four minutes. “Ov Sword And Nail” is Ritual Hymns condensed and packed into four minutes. It’s a cranium-wrecker by force of packing everything in, rather than one part hitting far harder than the others.

I’d argue that there’s two stronger points on the album but that’s also because yours truly is a big orchestral dork so when the big, gothed-out keyboard movements of “Chalice Ov Rebirth” begin that song’s assault of it was pretty hard to not be locked in. Is it the bruiser of the album? Nope. Is it one of the more fleshed-out and dynamic tracks of Ritual Hymns? Absolutely. Same would go for “Wilted Moon” – which, fun as it sounds, is another four-minute shock-to-the-cortex of a song, and actually helps bookend the big seven-minute movie of a song in “Blood Kingdom”.

Ritual Hymns should also be lauded for the band’s willingness to stretch a bit, even as they pursue heavier and heavier forms in which to express themselves. “The River Ov Knives” is an interesting five-minute dirge of a track that lurches through the mud in comparison to its faster brethren in the album lineup. The change of pace shows that even though Worm Shepherd are locked arm-in-arm with a lot of the blackened deathcore scene at the moment, there is some songwriting ambition here beyond excelling at the ‘everything at max all of the time’ philosophy. Of course, a lot of the philosophy gets put on display anyway during the eight-plus minutes of “Winter Sun” but that one is a hell of a way to go scorched Earth and end your album.

Ritual Hymns is one of those releases that feels very much like a product of the metal scene ‘now’; hence the earlier waxing grandiose about where the band stands in the grand scheme of things. Metal always has thousands of tendrils reaching into different subgenres and Worm Shepherd are a product of that, yet with Ritual Hymns it’s nice to have an incredibly clear snapshot of where one particular movement is at this particular moment in time.

Music is often other musicians standing on each other’s shoulders. It’s why the old axioms of there being nothing new under the sun or how we all stand on the shoulders of giants sticks around like the literary barnacles they are. It’s just that what remains fascinating about Ritual Hymns is you can listen to many of the songs and hear that tower of giants being assembled, and see how those pieces come together and congeal into the songs.

It’s a big old fucking block of brutality with some of the most blatantly violent breakdowns I’ve heard in some time, which in itself is a blast, and all the orchestral flair is duly appreciated as well, so Worm Shepherd stand well side-by-side with their genre brethren on that front. What’ll be more interesting is the glance into the many-tentacled-core realm that they will offer up next time.