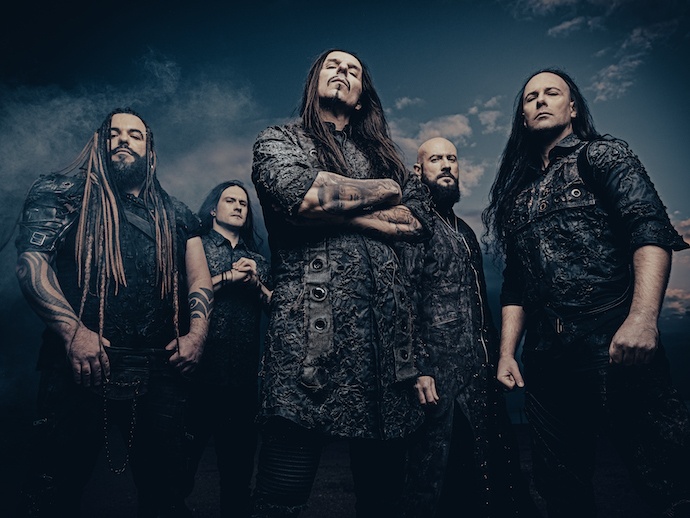 This first part of the story (to quote band member Sotiris Anunnaki V) “depicts the experience of a high priest, acting as a human conduit between Heaven and Earth. Having never heard a single word from the mouth of God, he grows tired of preaching the preordained words of the clergy. He turns to performing primitive and powerful rituals that have been long forbidden, as he seeks the guidance of a chaotic elemental consciousness”. 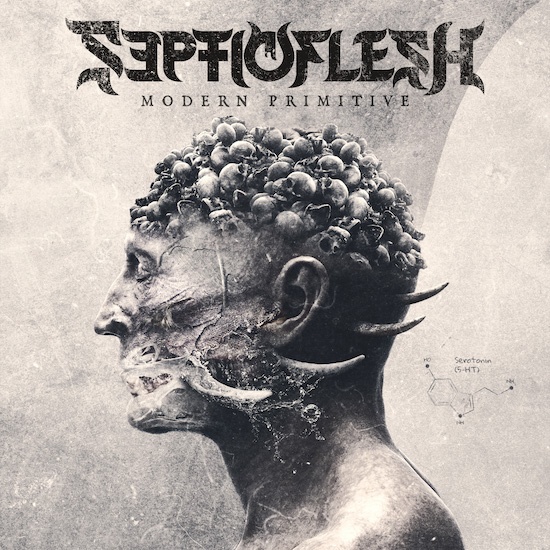 The mid-paced music does indeed have the atmosphere of ritual, and of towering menace and hellish imperiousness. An exotic, spell-like interlude also creates an air of mystery while enhancing the music’s melodic connection to ancient Egyptian and Middle Eastern civilizations. The song will get your body heaving to and fro as well. As icing on this grandiose cake, the video is a gripping thing to watch.

The name of the new album is Modern Primitive, and it’s set for release on May 20th. 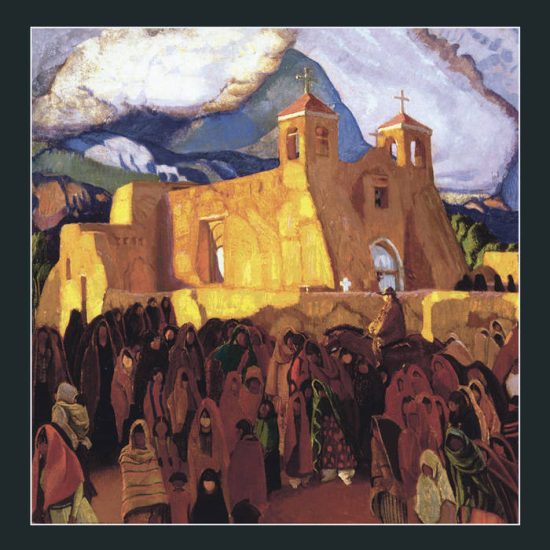 Kyle Tavares (Seer, Wormwitch) and Israel Langlais (Wormwitch) joined forces under the name Vital Spirit and released their debut EP, In the Faith That Looks Through Death, in August 2020. They’re about to follow that with a debut album entitled Still as the Night, Cold as the Wind. It’s a remarkably multi-faceted collection of songs, which draw influence from a wide range of sources, of which black metal is only one. It also includes contributions from cellist Christopher Edward Brown (Kakophonix).

I hope to provide a more fulsome description of the album on some future day, but for today I just want to draw attention to the album’s first single — which is one that leans hard into black metal but still includes accents that mark the presence of other influences.

“Dawn of Liberty” launches with pummeling drums and slashing, clanging chords, and then becomes more savagely wild as frenzied riffing joins with insane screams and blasting drums. As the drumming becomes more measured the guitars roil and writhe in agony above a bubbling bass.

The music’s intensity is incendiary, broken only by an instrumental segment in which the Morricone-like twang of a guitar and the poignant tones of Brown‘s cello unfold over rapidly galloping percussion (an interesting contrast), and then dwindle away into near-silence — a silence shattered by an even more ravishing onslaught of sound in which the guitars soar to even greater heights of ravaged splendor. 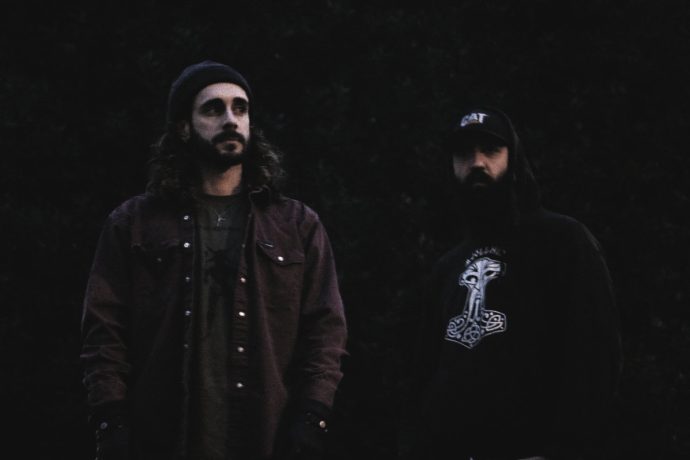 Lyrically, “Dawn of Liberty” narrates the tale of the Taos Revolt, a populist insurrection in January 1847 by Hispano and Pueblo allies against the United States’ occupation of present-day northern New Mexico during the Mexican–American War. U.S. troops viciously crushed the rebellion. The album’s cover art depicts the Taos Pueblo church, an important architectural feature of the Taos Revolt.

The album as a whole focuses on other historical incidents during the “American Indian wars of the Southwest”, from the mid-18th century to the late 19th century. It will be released on May 6th by Vendetta Records and Hidden Tribe. 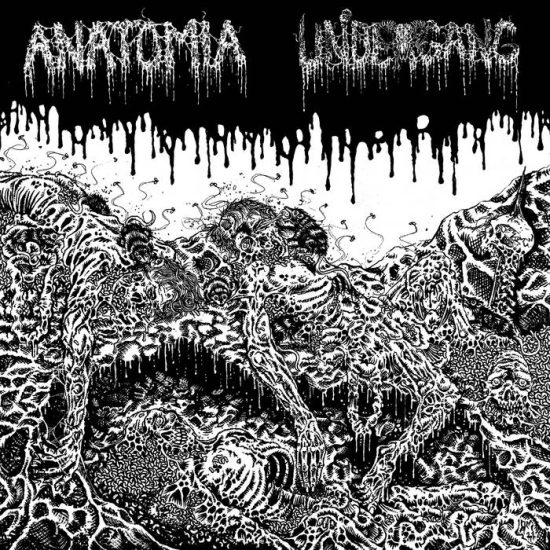 I’ve been anxiously awaiting some public streams from a forthcoming split by Anatomia and Undergang so I could spew about it, and now we’ve got a track from each band to share. Therefore, spewing shall ensue.

Anatomia‘s track, “Bound To Death“, is part mayhem, part charnel pit. Deep, gurgling-sewer vocals bubble up in the midst of hammering rhythms and riffing that viciously slashes and whirls in convulsive spasms. From there the music shifts into a punishing stomp laden with eerie wailing guitars and blood-freezing screams, an unearthly experience that’s oppressive and chilling.

The Undergang track, “Helt til rotterne“, is a nasty, mangling piece of work. Propelled by knee-capping beats and with the lyrics voiced by a kindred spirit of Anatomia‘s monstrous sewer-dweller, the song discharges blaring and guillotine-like riffage tuned to a toxic level of distortion. The drumming also goes nuts, and the guitars become consumed in boiling madness. There’s also a brutal, pile-driving chugfest lying in wait for you, as well as a disease-ridden solo that bespeaks agony and rot.

The split will be jointly released by Me Saco Un Ojo and Dark Descent in different formats on April 15th. 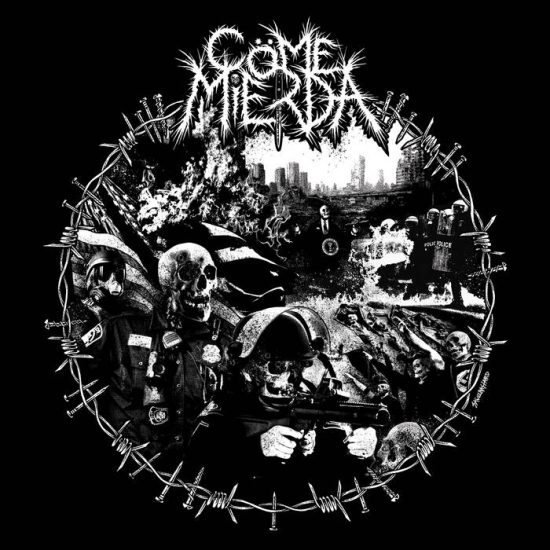 This morning my compatriot DGR recommended that Andy Synn I keep our eyes on this band: “I appreciate a grind band willing to name themselves ‘eat shit'”. The link he shared was to the debut demo of this New Jersey band, whose lineup features members of Oxalate and Fernwah, as well as professional wrestler Jeff Cannonball.

Music like this cries out for similes. When it comes to grind bands, DGR is lot better at it than I am, but I’ll try: Like being tumbled at high speed in an industrial dryer filed with broken glass and bricks. Like having a belt-sander applied to your face. Like being thrown down a flight of stairs by a catapult. Like becoming the main course for a pack of starving baboons who are also rabid. (Baboons? Well, I did say I wasn’t great at this.) 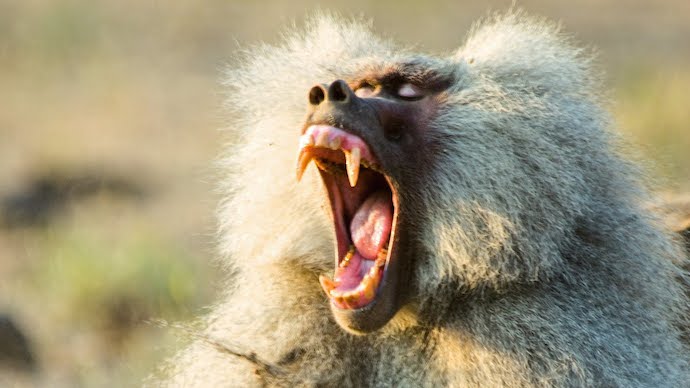 The music is abrasive and battering, and the bilingual vocals are totally unhinged. It definitely has plenty of crazed, mosh-worthy moments, but the snare work will snap your skull and rattle your teeth, the distorted riffs will relentlessly slug your neck, and the band shift gears without warning and hit you with moments of dismal bleakness to go along with all the mauling, punk-fueled mayhem.

The demo was released yesterday by HGPD Productions. 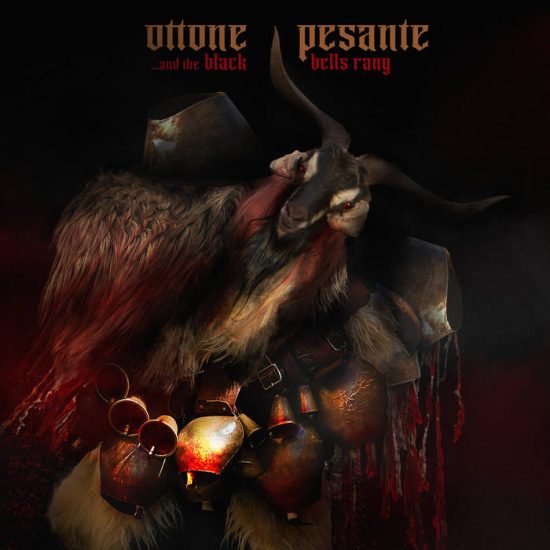 We live in infuriating, heart-breaking, and seemingly hopeless times. The music of the brass metal trio Ottone Pesante can be raucous and heart-pounding. Their new single “Die Ewige Wiederkunft Des Gleichen” is a hymn of sorrow, one that swells toward epic heights of calamity. As we’re continually bombarded with tragic reports from Ukraine, it seemed a fitting way to end today’s collection.

The song is from the band’s EP …and the Black Bells rang, which was released yesterday by Aural Music. I hope you will listen to all of it, which you can do at Bandcamp.