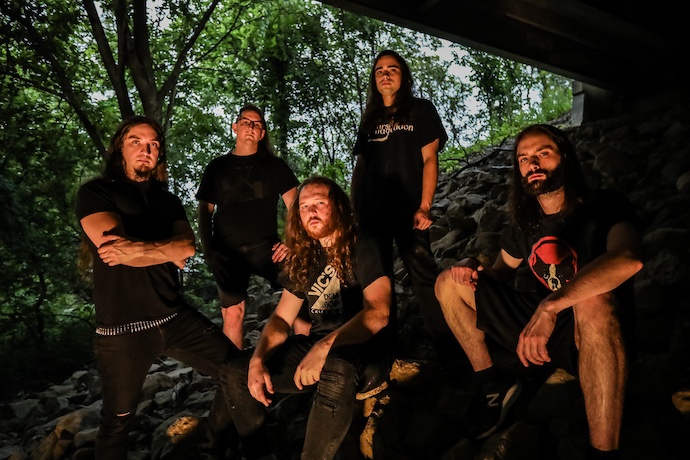 When metal bands contemplate which of their songs would be a good subject for a playthrough video, they face an interesting choice. If they pick a technically demanding piece, the results can be especially impressive — but it’s a lot more challenging to achieve success. As you’re about to see and hear, the Chicago-based melodic death metal band Burned In Effigy didn’t shy away from the challenge.

The song they chose, “Treachery“, is by their own admission the most melodically and harmonically complex track on their recently released debut album Rex Mortem, which introduces the tale of a tyrannical king’s rule and demise. Bassist Matt Watkins tells us: 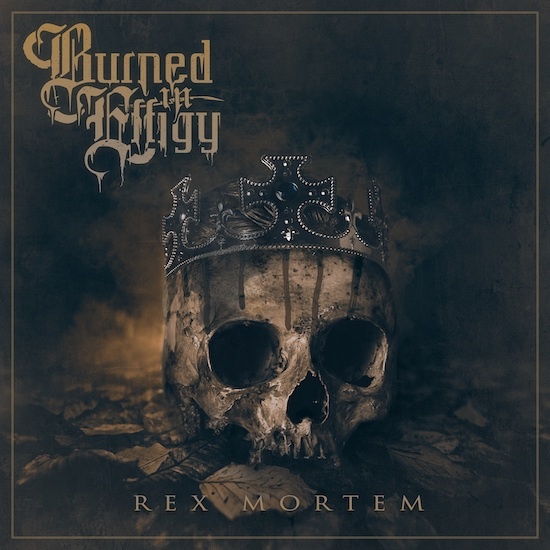 “It expresses its themes in multiple keys and includes lots of counterpoints, including sections with 3-way counterpoint between the guitars and bass. The vocal chants throughout the song hammer home the lyrical themes of divine right and corruption. The king aims to present an image to his subjects as a just and noble ruler, while he plots to spread his treachery across the land.”

“Treachery” is indeed an exuberantly intricate song that involves plenty of fleet-fingered fretwork and dynamic drumming, and it’s even more interesting because of the ways in which melodic motifs appear, change, and re-appear — and wind up getting stuck in the listener’s head in the midst of the neo-classical and progressive instrumental flourishes. Those melodies create sensations of frenzy, torment, and bleak desperation. And thanks to vocalist Mark “Smedy” Smedbron‘s incinerating snarls and screams, it’s a damned vicious song too (please resist the impulse to scream “Hail!” along with him unless you’re by yourself).

The video (shot and edited by Jeremy York) uses a split-screen format that allows you to see all the performers doing their thing.

Rex Mortem was recorded with guitarists Vito Bellino and Brad Dose, who soon after parted ways and saw live guitarists Steve Bacakos and Mike Hisson take over the shredding duties. Those two, and vocalist Smedbron (who made his first appearance with the band on this new album), join co-founding members Eddie Dec (Drums) and Matt Watkins (Bass) in support of the album, which is recommended for fans of The Black Dahlia Murder, The Human Abstract, At the Gates, Between the Buried and Me, and Arsis.

As mentioned, the album is out now (adorned by cover art created by Martin Trottier (Darkest Media), and we’ve included a full stream of all its varied songs below.