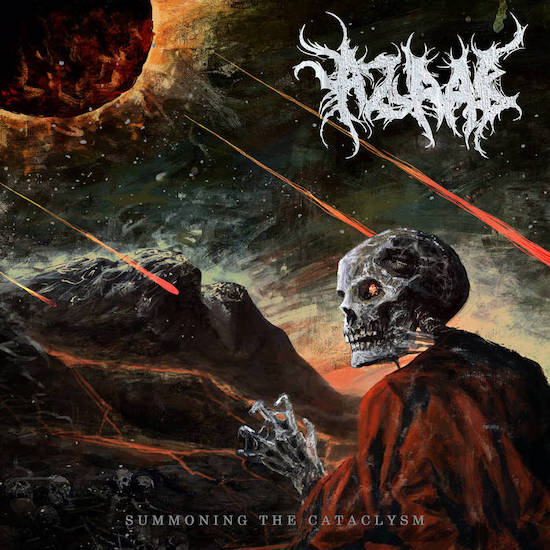 Following the release of two singles in 2017 and 2019, the Pakistani band Azaab are now on the verge of releasing their debut album, which bears the fitting title Summoning the Cataclysm — which is indeed what the band often do in their shifting amalgam of brutal, technical, melodic, and progressive death metal.

Their compositional and instrumental flair quickly becomes apparent, and so does the bestial hostility of the vocals. It’s a tribute to the talents of principal guitarist Shahab Khan and his Pakistani bandmates Waqar (bass), Afraz (guitar), and Saad (vocals), and to the lights-out performance of Indonesian drummer Adhytia Perkasa (from SiksaKubur).

And to add further reason to give the album a chance, it includes guest guitar solos by Bobby Koelble (ex-Death) and Phil Tougas (First Fragment), and guest vocals by Nick Mkhl (Brutal Sphere) and Aissam El Hassani (Vile Utopia).

Hopefully, what you’ve read so far has peaked your interest, but what will should really grab it is the song we’re premiering today, accompanied by a playthrough video that features the band’s dueling guitarists. It’s the explosive album closer, “B.L.O.O.D.B.O.R.N“. 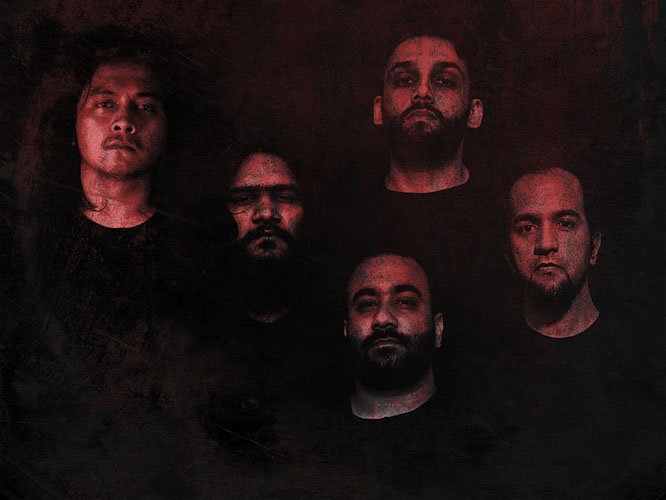 This new song is a turbocharged onslaught that’s as electrifying as it is vicious. The rapidly changing riffs create sensations of seething, swarming, darting, and jolting mayhem, driven at a furious pace by battering, galloping, thundering, and blasting drumwork. At times the chords ring in dismal tones, feed like piranhas, and blaze like rockets, and the tempos reveal equally sharp shifts that will keep you on your toes, while the vocals are utterly ravenous.

But there’s still more going on in the song that adds to its multi-faceted and persistently thrilling appeal. In particular, the track is packed with fleet-fingered soloing that brings in scintillating melodies, and it’s a blast to watch the performers execute them in this video:

The album’s lyrical themes span topics such as horror, politics, human nature, the end of days, war and even sci-fi. The eye-catching cover art was created by Ardha Lepa.

We’re also including a stream of a previously released song called “The Infernal Citadel“, which features that guest guitar solo by Phil Tougas. It’s is a must-listen and a free download at Bandcamp