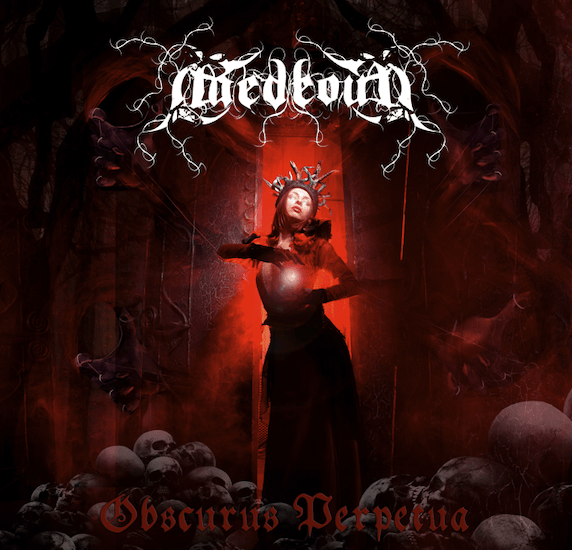 On March 22nd the Portuguese symphonic black metal metal band Caedeous will release their third album, Obscurus Perpetua, and today we present not only the premiere of the album as a whole but also an official video for the song “Magisteri Peccatorum“.

If we were trained medical professionals we’d advise you to take your seats and get a firm grip on something solid before embarking on this journey, because Obscurus Perpetua is a dazzling, diabolical, and disorienting trip through the imperiums of Hell. The music is elaborate and unpredictable, theatrical and bombastic, sometimes breathtaking in its splendor but always as scary as your worst nightmares. Fascinating music, to be sure, but also demented and intensely unnerving. 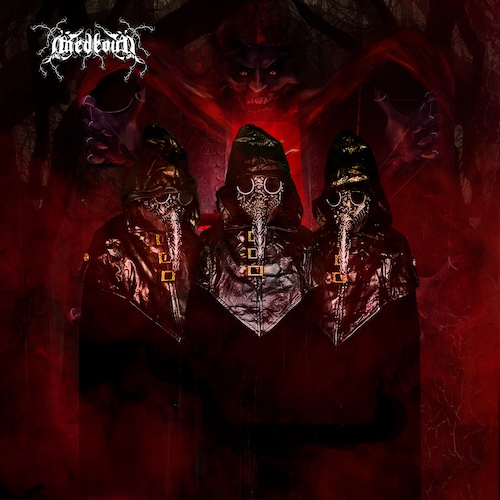 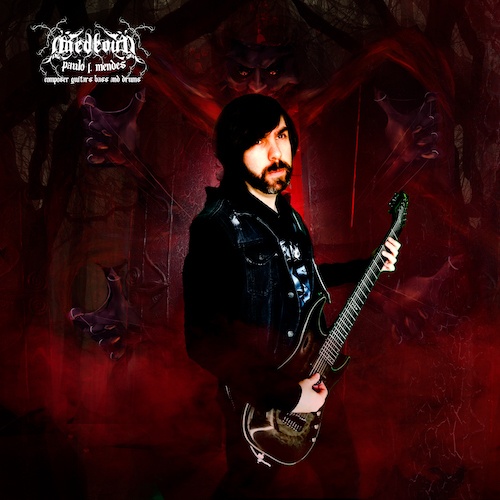 “Magisteri Peccatorum“, the song we’re presenting through a harrowing official video, is a searing and head-spinning maelstrom of sound, an onslaught of punishing percussion, turbulent riffing, growling bass lines, and a tandem of vicious snarls and ravenous growls.

But there’s another dimension to the song, a supernatural shroud created by eerie synths and the ghostly operatic wailing of vocalist Josephine WH. The music twists and turns like a viper, slowing the pace to create even more nightmarish sensations and accelerating again into madness.

That song is a thoroughly discombobulating trip, thrilling to be sure, but one that constantly shoves the listener off-balance. It has visceral, gut churning power, but is also downright deranged.

Before you get to it on the album you have to run the gauntlet of four other tracks, beginning with the opener “VII Stratis Inferni”, which quickly begins to chill the blood with macabre spoken words and morose quivering melodic radiations. Momentous drum beats, horn-like moans, and the exotic soaring voice of Josephine WH create a feeling of dangerous imperious ritual.

From there Caedeous continue the mind-warping convulsions and horrifying atmospherics in the title track, a theatrical and unnerving rendition of scenes from Hell, and “Surge Tenebris”, a turbocharged blaze of unhinged savagery, explosive bombast, and a cavalcade of demonic vocalizations. 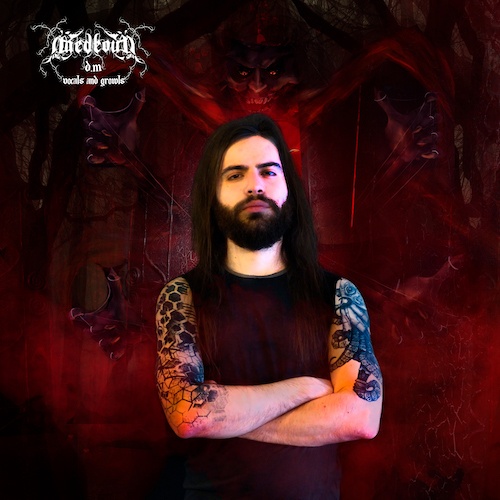 Following “Magisteri Peccatorum”, the album presents three more tracks, and through those Caedeous persist in their dazzling, diabolical, and disorienting mission, leaving the listener nothing solid to hold onto and no place to huddle in safety from their frightening and ferocious assaults.

There are spellbinding moments to be found, especially in “Ortus Sodomorum, et Gomorrhae”, but the spells are nightmarish, and there’s sweeping symphonic splendor to be found in the closing track “Principium est Finis, Finis est Principium”, as well as a stunning vocal duet that unfolds into Josephine WH’s most memorable vocal performance yet.

Obscurus Perpetua was produced, recorded, mixed, and mastered at Studio 7 by Paulo J. Mendes, and he also created the artwork. It’s recommended for fans of Dimmu Borgir, Fleshgod Apocalypse, Cradle of Filth, Septic Flesh, Tvangeste, and Dark Funeral. More info about the release, which will be available on CD and digital formats and through most streaming services, can be found via the links below.

And is if all the sights and sounds we’ve brought you today aren’t overpowering enough, we’re also including the band’s previously released video for “Tormentis Aeterna”.