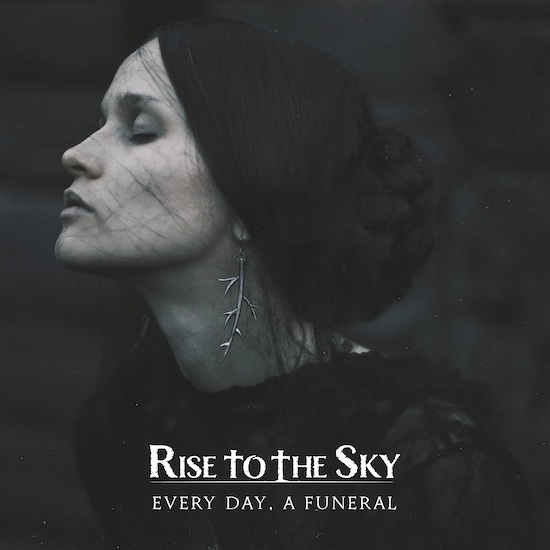 Rise to the Sky is the vehicle for the music of its sole creator, Chilean multi-instrumentalist and vocalist Sergio González Catalán. Though the project’s earliest releases emerged only in 2019, it has already assembled an extensive discography devoted primarily to atmospheric death/doom metal.

2021 saw the release of not one but two albums, the second of which (Per Aspera Ad Astra) was the source of a song (“End My Night“) that we premiered and then later named as one of the year’s Most Infectious Extreme Metal Songs.

Sergio‘s creative fires haven’t been quenched despite the production of two full-lengths last year. He has already completed another album, this one entitled Every Day, A Funeral. It’s now set for release on May 6th via Meuse Music Records, and once again we have the pleasure of premiering a song. Presented through a lyric video, it’s the first single from this new work, and fittingly it’s the title track. 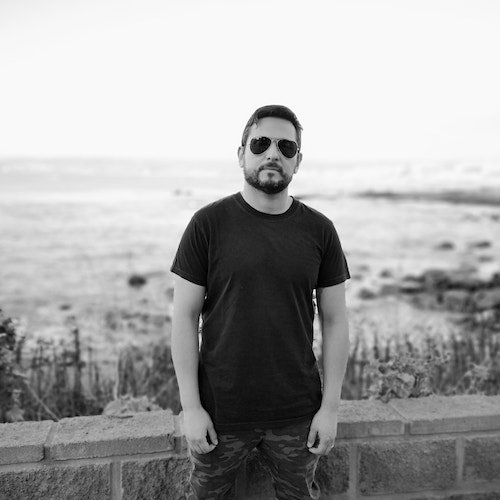 The song from Per Aspera Ad Astra mentioned above was one that Sergio wrote while grieving over the sudden death of his father. As all of us know who have lost someone close to us, grief does not end quickly and neatly. It lives with us, day in and day out. That experience is one that’s the subject of the song we’re presenting today. Sergio explains:

“Grieving a loved one is an everyday process. Waking up and remembering that they are not here anymore, being confused and feeling alone, remembering them randomly any day, and constantly seeing them in your dreams. Assuming this loss in a way means burying that person each day and accepting that they’re gone.

“This is a subject that I believe is relevant to address because it´s also so common. Everyone is likely to face the loss of a loved one at some point in their lives, this is just part of life, and I hope that my music can provide some comfort to others, in the same way it comforts me.”

There’s a line in the press materials about the new album that’s worth sharing: “Every Day, A Funeral is doom metal at its most impassioned and majestic – an incredible outpouring of anguish that can actually lift the spirits of listeners with its humanity”.

That line gets at the aching core of Rise To The Sky‘s music. Somehow, it is both emotionally ravaging and comforting, capturing both the pain of intense grief and the beauty that may yet be perceived again.

In this title track to the new album, the swell of symphonic strings creates the sound of overcast skies above cemetery tombstones, just as depicted in the video. Immense chords and booming drums move the music into an aural territory of staggering heaviness, deepening the feeling of anguish that the melodies and the abyssal vocals channel.

The pain in the music is indeed palpable — and vast. The song becomes a lament that’s sweeping in its scope and searing in its penetrating power. But yes, it’s also beautiful. As snow falls on the screen, the turbulence of the drums lessens and the earthquaking power of the riffs diminishes, opening a space for Sergio to transform the song’s central musical refrain through a soulful guitar solo and a haunting piano performance.

That refrain continues to sink deeper and deeper into the listener’s mind, even as the drums begin to hammer and the guitars slash, leading into a symphonic finale that’s both heartbreaking and sublime.

On the new album the drums were performed by Emidio Alexandre Ramos (Adamantine, Colosso and Dark Oath).

Every Day, A Funeral is recommended for fans of Officium Triste, Shape Of Despair, Saturnus, and Novembers Doom. The album was mixed, and mastered by Filippos Koliopanos (Ocean of Grief, On Thorns I Lay) at Aesthetic Soundscape Productions in Athens, Greece. It will be released on May 6th by Meuse Music Records, on CD, vinyl, and digital formats. The cover photo is the work of Natalia Drepina.

For more info about the release, check these links:

One Response to “AN NCS VIDEO PREMIERE: RISE TO THE SKY — “EVERY DAY, A FUNERAL””