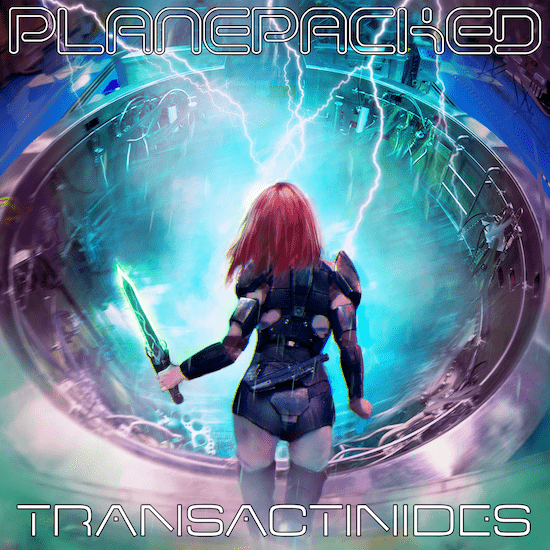 On April 8th the Massachusetts-based “metaltronica” project Planepacked will release a multi-faceted new album named Transactinides. A head-spinning trip of changing moods and soundscapes, the music includes ingredients that should appeal to fans of extreme metal, but adventurously mixes those with both boisterous and mesmerizing electronica and dramatically varying vocal styles.

Not for naught does the press material explain that on this new record Planepacked draws influence from the likes of Autechre, Igorrr, Devin Townsend, and Susumu Hirasawa (among others), as well as the urban fantasy fiction series Endian Project created by the woman behind Planepacked, Jessica Kagan.

What we bring you today is the premiere of the second single from the new album, a pulse-pounding spectacle named “The Demon Core“. 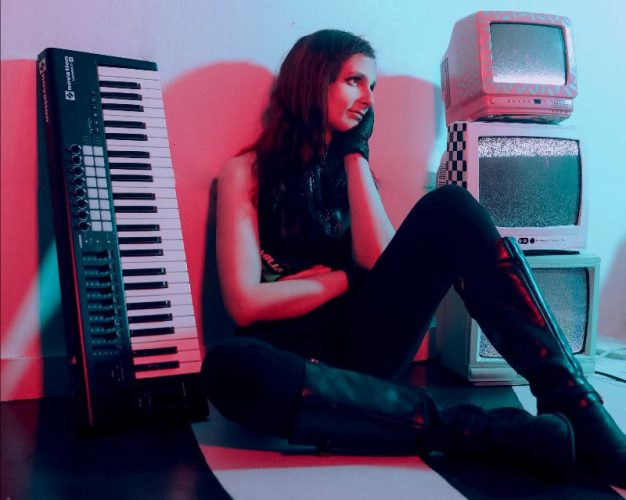 Jessica explains: “The ‘demon core’ was a sphere of subcritical plutonium used in the US nuclear program that killed two reckless physicists before it was scrapped. Much like an out of control nuclear reactor, we can also melt down, and in doing so, push the people around us closer to their breaking point. I figure the lesson might stick in your brain for longer if delivered in the form of a mathy prog metal song.”

A cacophony of screams opens the track, and the screams continue through bursts of hammering drums, pulsating bass tones, and brilliant swirls of keyboard melody. The music ecstatically shines, darts, and soars as the bass feverishly hums and the drums pummel and cavort. The song builds to a deranged and dangerous crescendo of percussive blasting, maniacally high-speed keyboard contortions, and larynx-ruining vocal convulsions, creating an electrifying typhoon of madness.

Transactinides is the first full-length release from the band since Jessica Kagan‘s gender transition and it “explores the experience of recreating oneself”. It “fuses allusions to physics, science, and technology with her evolving views on gender and sexuality”.

On the new album Jessica sings (in addition to the songwriting and programming), and Moss Girl supplies the harsh vocals. Nu House Studios handled the mastering, mixing, vocal recording, and production, and Mario Teodosio created the visual artwork.

We’re also including a stream of the previously released song “Azure (Her Clarion Call)“, which is just as wildly exhilarating as the song we’re premiering today, but includes theatrical high-flying singing as well as those caustic screams.

2 Responses to “AN NCS PREMIERE: PLANEPACKED — “THE DEMON CORE””