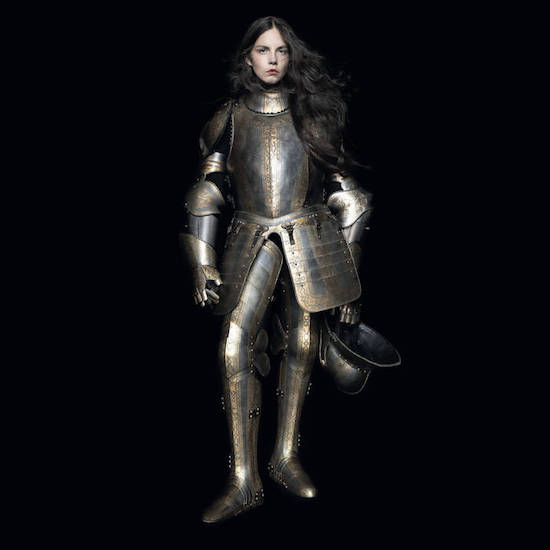 (Our friend Justin Collins rejoins us with the following review of GGGOLDDD‘s new album, which is due for release on April 1st via Toronto-based Artoffact Records.)

The time many of us have spent in isolation during the pandemic has, not surprisingly, had a wide range of psychological effects. I’m kind of a recluse to begin with, so I enjoyed the chance to work from home and more or less be left alone. The downside to that is that whatever emotional weight we might have been carrying around can certainly demand attention, louder than before. The distractions are fewer, allowing more space for any obsessions, regrets, and fears that might have otherwise remained drowned out by the larger world.

Milena Eva, singer of the band GGGOLDDD (formerly known as GOLD–we’re all at the mercy of Googlability at this point), found that she needed an outlet for some of those dark thoughts. She was raped at age 19, and she took the opportunity to try to process that pain in a piece commissioned for the online edition of Roadburn 2021.

I’ve been a long-time fan of this band, and the Roadburn performance–what would become the album This Shame Should Not Be Mine–was revelatory. Not only had the band achieved new artistic heights, but they’d also created a piece that had specific resonance for me. I was sexually assaulted nearly 30 years ago, and perhaps like Eva, I struggled for many years for what to do with that information. I didn’t even manage to tell anyone until 25 years after the fact. 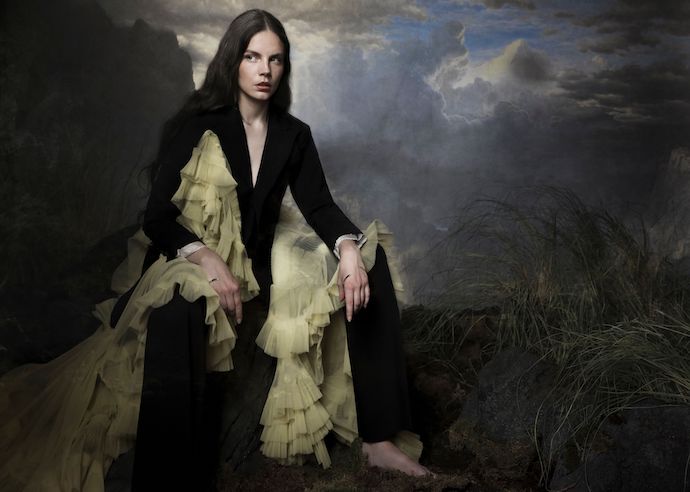 So there are my biases, stated up front. Having spent time with this album, I can say my initial impression was correct. It’s a brutal, bleak work of art, and it just might help someone. As singers of sad songs have said over and over again, the point of those songs can be a release valve not just for them, but for anyone who’s felt the same way. Because knowing that you’re not alone might just make you feel a little better.

The album itself is largely a minimalistic take. Eva‘s vocals are front and center with very little to obscure them. Eva‘s lyrics are blunt and honest. These are speeches she’s giving to herself, to her assailant, or to all of us, and very little of it is obscured by metaphor or other figurative language. That’s not to say they are without art–Eva‘s bell-like voice and impressive range guarantee the art, but there are no punches pulled. Listening to the album, I found myself jotting down lines of lyrics that struck me, and it became hard to keep up.

There’s the wistfulness for the time before, when Eva sings “I wish I could simply let the light shine in” in the track “I Wish I Was a Wild Thing with a Simple Heart.” There’s the vulnerability in the line “Too much of the truth will break me.” And of course the fight against shame–the shame she correctly identifies as something that should not be hers, or ours, with “I reach down in my pocket / All I find is shame.” And maybe the best summing up of the attempt to heal from this sort of thing that I’ve heard:

“I should not let it define me in any way, but it’s easier said than done.”

These sentiments can’t help but feel familiar to anyone who’s been the victim of a sexual assault or know someone who has (which, of course, is a depressingly high number by most counts). The instrumentalists in the band ably rise to the challenge of this material. Danielle Warners (bass), Igor Wouters (drums), Jaka Bolič (guitar), Thomas Sciarone (guitars, electronics), and Vincent Shore (guitars). They bring a flash of stomping fury in “Strawberry Supper,” when Eva asks, “Did you ever think about the receipts I kept? / All the shit you left me with?”

There are sparse electronic touches throughout, adding an eerie, unsettling background to Eva‘s words, and even a bit of an industrial tinge in “Notes on How to Trust.” What’s remarkable is the bands’ ability to step back and allow Eva‘s vocals to breathe. Fans of the band know that they’re more than capable of rocking hard, but it’s no easy feat for a band to also be able to bring a light touch while still maintaining their own, unmistakable style.

There is a bit of brightness near the end, maybe a light beacon of hope. A frantic electronic pulse at the beginning opens up to a full band rush with a soaring guitar line, as Eva sings, “It’s time for some healing now.” That said, this is not an album for light entertainment. No summer drives with the sunroof open blasting these songs. This is capital-A Art, but that hasn’t stopped the band from giving us just a peek into the light, and possibly better times, to finish out this profound work.