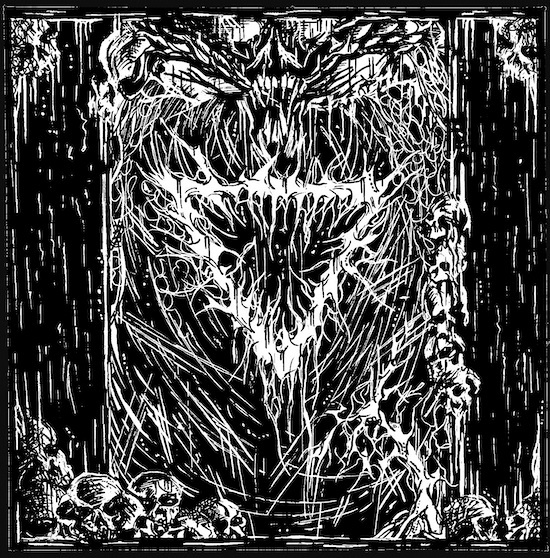 Seven years ago the Polish duo Chthonic Cult seemed to appear out of nowhere, as if charging forth from a hideous nether-dimension through an invisible door suddenly flung open. It was then that their debut album I Am the Scourge of Eternity scourged the metal underground without previous warning. But almost as suddenly, they seemed to vanish back through that terrible portal, falling silent for a long span of time.

And yet here they are again at last, with a ravenous and mind-ruining new album named Become Seekers For Death that reveals different strategies and is all the better for that. While their full-length debut consisted of four monstrous and monstrously long songs, the new one assaults the senses with 8 more compact tracks of head-spinning blackened death metal. These are almost relentlessly explosive and, to a degree not achieved on the debut, they’re rapidly addictive. 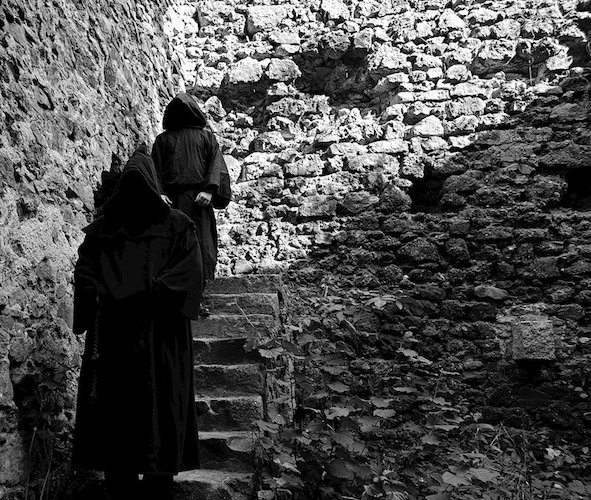 The album opener, “Ironclad Nemesis”, is an extremely well-named song. It is indeed armored in iron, with a heavy, bone-smashing sound and a lumbering and pounding cadence. It’s also sinister and savage, thanks to the menacing and twisted quality of the riffing and the imperious ferocity of the vocals. Eventually the music boils over into a maelstrom of murderous mayhem and unrestrained insanity, capped by a screaming guitar solo.

Instrumentally intricate and unpredictable, laced with punishing grooves, and propelled by high-octane fuel, the song is as bewildering as it is slaughtering.

The feeling of multifarious derangement that courses through that opening salvo flows through the album as a whole, as does the band’s capacity for inflicting trauma at a visceral level and getting a listener’s muscle fibers reflexively twitching. The opener also flashes like a beacon of what’s to come in other ways: It demonstrates the band’s propensity for switching tempos and riffs with abandon, and their dexterous skill in doing so while moving at surging speeds.

Thanks to a fairly balanced mix, the contributions of all the performers vividly come through the filth-ridden guitar distortion, including the nimble and nuanced bass tones. But along with the vocalist’s maddened howls, the guitars are principally responsible for the album’s macabre atmosphere. Their rapidly veering contortions sound fiendishly berserk, except in moments when they pour abject misery like oil on crashing waves and quiet the tumult.

And so, while this band almost constantly attack your spine with crushing blows, both bludgeoning and jackhammering, the chords alternately drag and moan in agony, convulse in grinding tremolo’d spasms and jittery fevers, claw at the mind in bursts of abrasive braying dissonance, and rise up in displays of horrid grandeur.

The guitar leads shriek like crazed creatures from another dimension and swirl in displays of wild magnificence, and all the while those hideously voracious vocals do their best to rip your throat out.

And thus the music is a hell of a hellish amalgam — technically impressive, emphatically brutalizing, and weirdly and frighteningly atmospheric, justifying the band’s name as a chthonic cult. Take it all in now:

Become Seekers for Death will be released internationally on March 28th by the Polish label Putrid Cult.