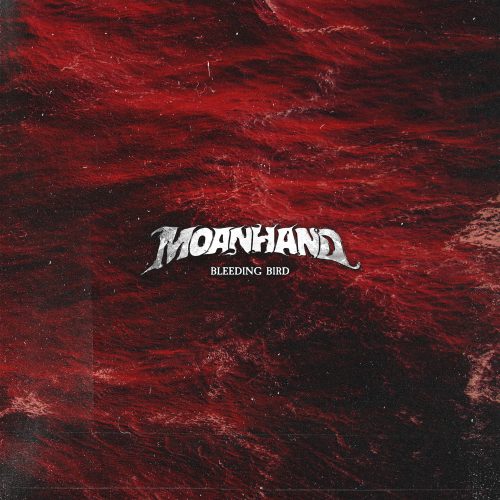 (Andy Synn presents a brand new single from Moanhand – whose debut album, Present Serpent, was one of his top releases of 2021)

It’s impossible to begin writing today’s article without acknowledging the terrible elephant in the room.

It was just last year that I found my listening time dominated by numerous bands and albums from Russia, but now, in light of the ongoing invasion of Ukraine and the seemingly daily reports of new and fresh atrocities being committed there, that seems like a lifetime ago.

Some of you, I’m sure, will be very much against the idea of us covering any Russian bands right now, but one thing that has become clear to me – after seeing all the protests, hearing all the bands, artists, and organisations speaking out against the invasion – is that the Russian government is not the Russian people, and the voices inside Russia decrying this war deserve to be heard.

“Our hearts were and still are broken because of Ukraine. This is a tragedy, and this insanity should be stopped.

While we thought about delaying the release I felt the need to distract myself, and our listeners, from all this.

Music is what I love the most. Music is what saves and unites all of us, and “Bleeding Bird” reflects what is in our hearts and minds right now – anxiety, anger, and despair, and a hope for peace.”

As for the song itself, “Bleeding Bird” finds Filatov further expanding on the “Blackened Dream Sludge” sound of Present Serpent, with even bigger riffs, brighter melodies, and an even greater sense of vitality and vibrancy (aided and abetted by the impressively limber and organic performance of new new drummer Sergey Dridige).

The guitars frequently channel the soul and spirit of Aaron Aedy and Greg Mackintosh circa Draconian Times, marrying this muscular metallic energy to an almost dreamlike, Alcest-esque atmosphere and ambience, atop which Filatov’s spectacular singing voice – and throat-scarring snarls – rings out like a crystal-clear call to arms, overflowing with both poignant power and raw emotion.

But don’t just take my word for it… we’ve got the premiere of the song all set up for you to listen to for yourselves just below.