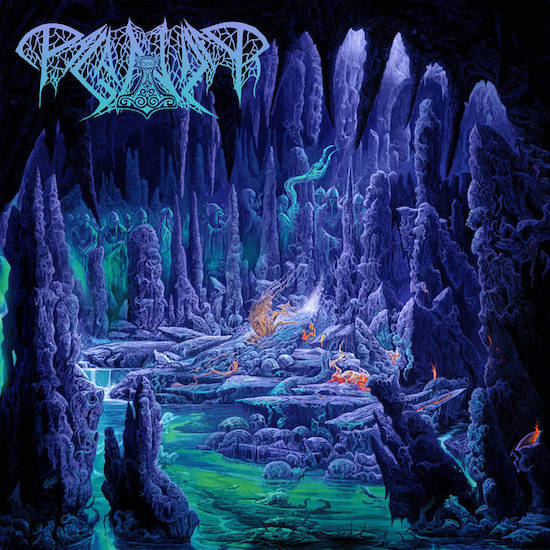 He might blush to hear it, but Rogga Johansson is death metal royalty. Prolific and seemingly indefatigable, he and hordes of talented allies have been churning out death metal and other forms of musical extremity since the mid-’90s under dozens of names. The oldest of all those bands (unless one counts the short-lived Terminal Grip) is of course Paganizer, a mauling and magnificent offspring that reached maturity long ago but still grows and flourishes.

All good things will come to an end, but Paganizer seems deathless — in the vanguard of Swedish death metal from the early days and relentless in its continuing momentum. On June 24th of this year we will witness the release of their 12th album Beyond the Macabre, nearly a quarter century after the first one, embellished with a cover painting by Juanjo Castellano that’s as much of a supernatural spectacle as the music is.

And yes it’s true — Beyond the Macabre is a supernatural spectacle, a display of Swedish death metal that continues to menace and maraud in the best of the old traditions, but with a knack for incorporating evocative melodies that both add to the music’s visceral and vicious vitality and makes the songs genuinely memorable. It’s thus an honor to present the title track today. 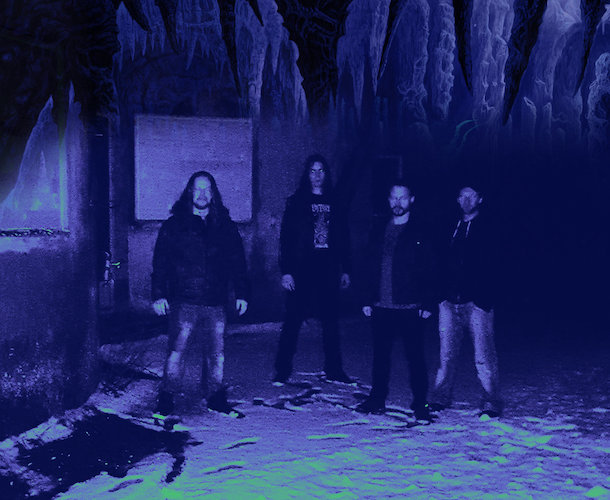 There’s no time for a breath when the song begins, only an immediate fusillade of percussive bullets and livid riffing that grinds and whines, and roils and rises in hellish majesty. In addition to spewing sonic projectiles at a high rate of speed, drummer Matte Fiebig locks into rhythmic grooves that will get legs bouncing and heads bobbing. The riffing also gnaws and chews, and flows in dismal and demented waves, and bares its melodic hooks at all times.

The song’s pacing is the momentum of a savage attack, except for one crushing stomp in which the lead guitar slithers in misery — and then wails in agony and ecstasy as the music becomes obliterating again. Throughout the proceedings Johansson‘s gritty growls, monstrous roars, pungent grunts, and demented screams add to the song’s macabre and savage atmosphere.

The Paganizer line-up for the new album is:

We should also mention that the record’s closing track, “Unpeaceful End” features a guest appearance by Karl Willets (Bolt Thrower).

Transcending Obscurity Records will release Beyond the Macabre on CD, cassette tape, and LP vinyl formats, along with an extensive array of apparel that makes good use of Juanjo Castellano‘s fantastic artwork. Via the Bandcamp link below, you can (and should) also listen to three more songs from the album.