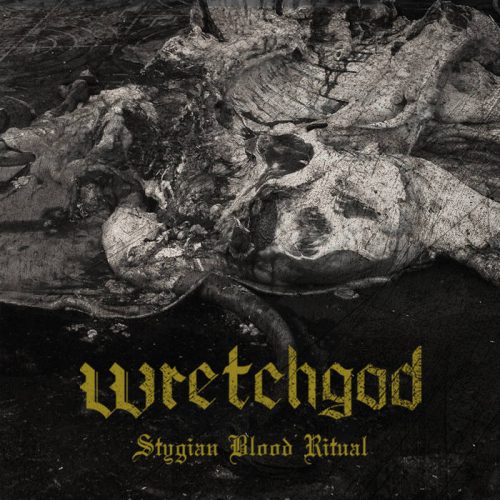 There’s a good chance that I won’t be around at NCS much this week, due to pressing business with my own band.

That being said, I couldn’t pass up the opportunity to pen a few words about Stygian Blood Ritual, the debut EP from abyssal Blackened Death Metal quintet Wretchgod. 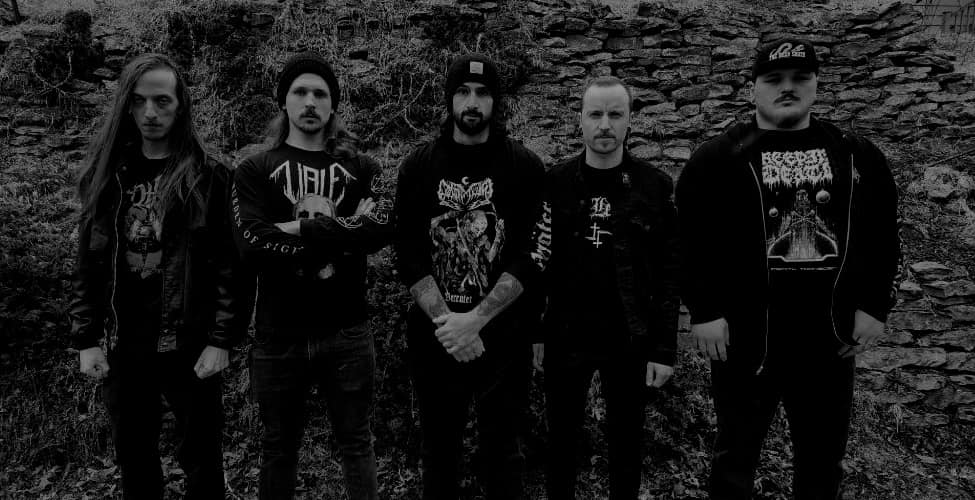 Though it may only be two tracks, I doubt very much that you’ll feel shortchanged by Stygian Blood Ritual, as both parts of the title-track (clocking in at just over seven minutes, and just under nine minutes, respectively) are absolutely bulging with massive, malevolent riffs and vicious – and pleasingly versatile – vocals that deliver both blistering blackened shrieks and brutally bestial gutturals in equal measure.

Interestingly – and whether this was a conscious choice or merely a creative coincidence – the two tracks err to slightly different sides of the Death/Black divide, with “Part 1” favouring the former – the Morbid Angel/Angelcorpse vibes are strong in this one – while “Part 2” puts more prominence on the twisted tremolo riffing and howling, hair-raising screams of the band’s Black Metal side.

That being said, it’s not like Wretchgod have completely split their sound down the middle. After all, there’s a distinctly doomy, blackened aura to be found during the latter half of the first track, while the second half of “Stygian Blood Ritual, Part 2” flips the script by embracing a heftier, deathlier riffing style as a counterpoint to its more bleak and brittle beginnings.

It’s also worth pointing out that the Nebraskan quintet aren’t aversive to a little melody here and there either – mostly deployed in the form of some cruelly catchy lead parts – and do a damn good job of putting all these pieces together in a way that makes the whole EP feel far greater than the mere sum of its parts.

Fans of artists like Nader Sadek, Construct of Lethe, and Azarath would do well to keep an eye on these guys in the coming years, as this EP shows off a lot of impressive potential – as well as an imposing level of power – by a band who are clearly only just getting started!