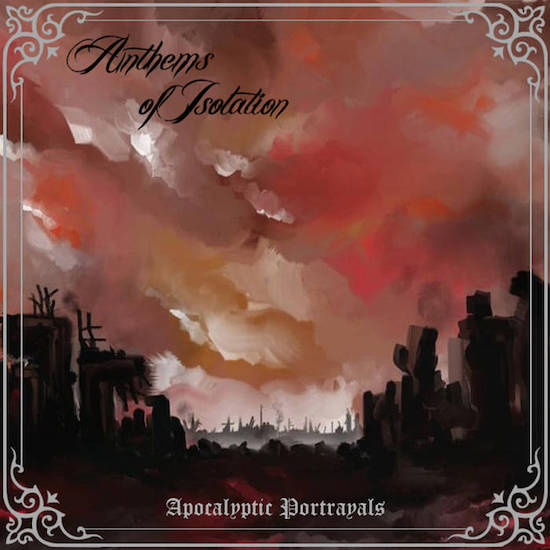 On their forthcoming debut album Apocalyptic Portrayals, the Iraqi duo Anthems of Isolation demonstrate a formidable power to create music that’s simultaneously spellbinding and unnerving. It’s steeped in moods of despair and downfall, and harrows at any sense of well-being like the swing of a scythe against fragile shoots of wheat, but its measured beats and celestial melodies are also undeniably hypnotic.

The music is sinister and perilous, tension-filled and tormented, and yet it’s easy to fall into the cold and shining void-space of these sounds and then find it difficult to escape. You’ll discover this for yourselves by listening to the three tracks we’re streaming below, one of which we’re premiering today in advance of the album’s co-release by Satanath Records and More Hate Productions on April 23rd. 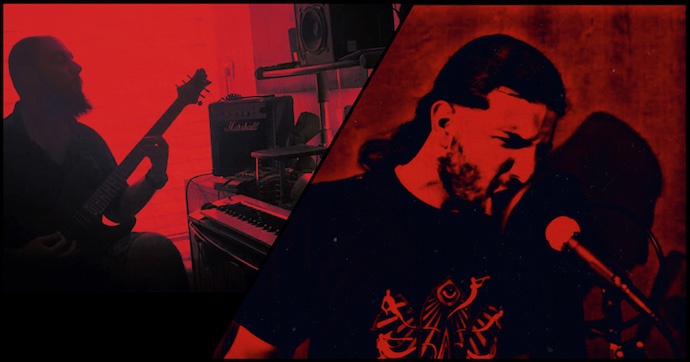 In genre terms, the music employs some of the traditional ingredients of funeral doom and drone, but adds modern musical accents as well as exotic hints of melody from the region that’s home to the band’s members (instrumentalist Lord Erragal and vocalist Karam Endzeit).

Conceptually, the album portrays “a journey through a world of dystopia, a description of apocalyptic events in order ending all we know, a deep look inside the thoughts of a solitary person with no hope in sight, expressing the chaos of the mind from his nihilistic standpoint… a journey towards a dark truth”.

The song we present for the first time today, “As Pazuzu Rises“, proceeds with a stately drum rhythm, and the band combine gritty heaving chords and high, tension-filled tones that shimmer and sear to create moods that are both ominous and agonized. The vocals range from harrowing, gravel-gargling growls to grim, echoing spoken words, which together add to the music’s moody and mysterious atmosphere.

The music drifts into a cold sonic void, and when the hum of the bass and the slow punch of the drums return, the harsh vocals become even more tortured. The reverberating wail of the guitar deepens the song’s connection to eastern melodic traditions, and also deepens the song’s sinister, haunting, spine-tingling allure. It’s both hypnotic and chilling in its rendering of emotional ruin.

Two other album tracks, “Withering Divinities” and “Darkness at the End of the Tunnel“, are also now out in the world. Like the song we’re presenting today, they bring mesmerizing, crystalline melodies that are both wondrous and disturbing, shattering vocal intensity, and distorted spoken words — and they heighten the album’s immersive, spellbinding, and distresing impact.