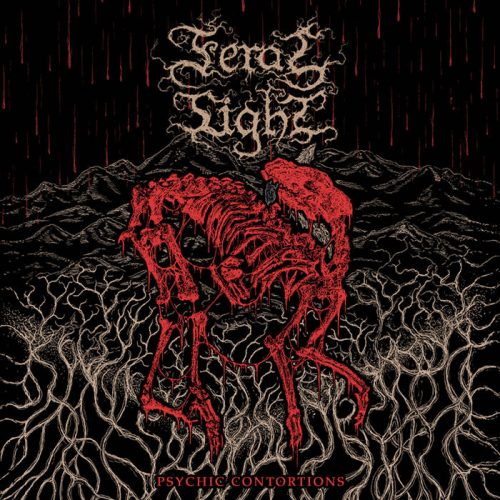 (Andy Synn presents a review, and full premiere, of the new album by Minnesota’s Feral Light)

Let me tell you a bit about how premieres work here at NCS.

Generally speaking, a label (or a band) will contact us at some point in advance of the release date of whatever they want us to host – whether it’s a single, a video, or a full album stream – and ask us directly if we’d like to handle a premiere for them.

Before we say yes we have to check two things – firstly, do we have time and space in our schedule to actually do the hosting (the more lead-in time we have the better, obviously)? And, secondly, do we actually like the music enough to want to host it?

This latter question is definitely the more important of the two. After all, we only want to promote things that we honestly think are good – we do have some integrity, after all – so we need to be sure that what we’re premiering is something that’s definitely worth your time, and ours.

Every so often, however, things just seem to line up and we’ll get offered a premiere for something which we were already writing about… which is exactly what happened in the case of Psychic Contortions, the upcoming fourth album (set for release this Friday by I, Voidhanger) from Feral Light.

As someone who has written about every one of the band’s records thus far (up to and including last year’s Ceremonial Tower EP) I feel eminently qualified to state, with a certain amount of authority, that Psychic Contortions is the band’s heaviest and most aggressive album yet.

Of course, this really shouldn’t be a surprise if you’ve been following their career-arc since their 2016 debut, as 2020’s Life Vapor already saw the duo downplaying the groove-heavy, Black ‘n’ Roll swagger that infused their early works in favour of an altogether darker, moodier, and downright nastier sound which, so it seems, has finally reached its apotheosis here.

You needn’t worry, however, that Psychic Contortions is going to be nothing but monotonous blasting and monochromatic tremolo riffage – Schoengrund and Reesen are far too smart, and far too experienced, to fall into that particular trap.

Sure, tracks like “Ills of Closure” and “Attainment” may represent some of the most vicious and vitriolic material the band have ever put to tape, all the way down to the absolutely scalding vocals and rugged, gnarly riff-work, but the group’s more atmospheric inclinations still find time to make themselves known here and there too (most notably during the moody, mesmerising mid-section of “Self Disavow” and the brooding, bass-driven bridge of “Wells of Blackness”).

It’s the pair’s increasing embrace of hypnotic, hallucinatory melody, however – something which they’ve been toying with more and more over the last couple of years – which serves as the perfect foil for their increasingly intense and unforgiving assault on the senses, with the warped leads and weird harmonics infusing songs such as outstanding opener “Enveloped and Transformed” and punishing-yet-proggy penultimate track “Communion and Reckoning” giving the music a twisted psychedelic sheen that more than justifies the album’s title.

In conclusion then, while I’ve been saying for years now that Feral Light are one of the best and most underrated bands in the US Black Metal scene – heck, in the Black Metal scene in general – it’s felt like my words have largely fallen on deaf ears.

With a little luck, however, once the final credits roll on this record – which you can listen to right now in full via the embed below – there’s a very good chance that at least some of you will have come round to my way of thinking.

And if you haven’t? Then maybe you just need to undergo a few more psychic contortions of your own…