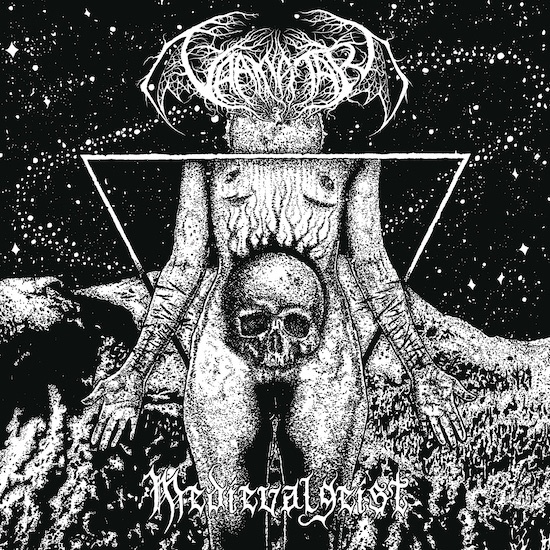 Even the most devoted fans of black metal may stifle a yawn when they read about a new band whose music is portrayed as an embrace of the genre’s groundbreaking second wave. After all, that wave has been rolling forward and swelling in its mass for 30 years. It doesn’t need to be revived, and some may already feel drowned by it. But embracing the second wave doesn’t mean becoming entirely one with it, and it’s the differences that can still make a band stand out.

Vaamatar are a band who stand out, and that’s strikingly obvious when you listen to their debut album Medievalgeist. We can plainly hear what inspired this SoCal group, but we can also marvel at the sophistication and multi-faceted nature of the songwriting, and at how well they have succeeded in creating magical and mesmerizing atmospheres to go along with assaults of racing ferocity and bouts of brawn and brazenness that are red meat for a battle-vested headbanger.

We’ve got tangible proof of this in the fantastic song we’re premiering today. It’s time to feel the band’s “Plundering Claws” in action. 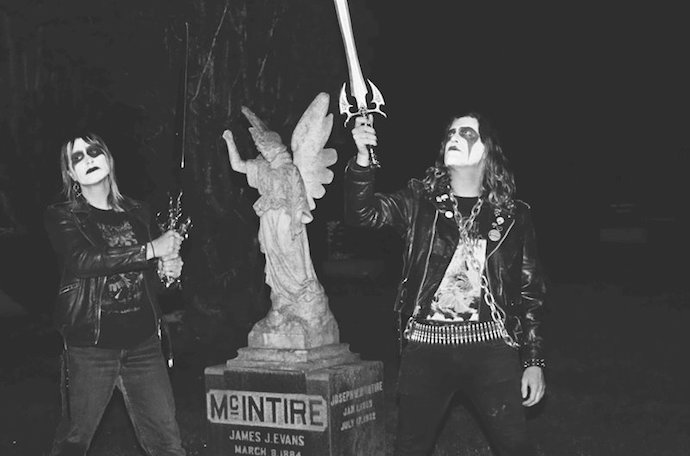 “Plundering Claws” is one of those songs that binds itself to the listener’s brain immediately. In mere seconds it reveals both scathing hostility and entrancing magnificence — rampantly galloping bass notes and scorching vocals on the one hand, and high waves of searing yet immersive melody on the other.

The drums take their turn in the creation of turbulence just as the melody becomes considerably more grim and perilous, but no less sweeping in its scale. The grand waves of sound rise and fall, creating continuing portrayals of splendor and bleakness, until the band suddenly veer into a startling sequence of fast, slashing riffage and pulse-pounding backbeats.

The feral wildness of that new dimension of sound might be the most electrifying and savage of the song’s ingredients (other than the the teeth-bared, throat-ripping vocals), but only until the music ignites in a bonfire of ferocity — as a prelude to a riveting guitar solo that seems both calamitous and crestfallen in its mood, another sign of peril and bleakness.

And it’s that solo, and the melody that it then passes on to a plaintive conclusion that keeps ringing in the mind after silence falls.

Medievalgeist was recorded, mixed, and mastered by Greg Wilkinson (Autopsy, Necrot, Vastum) during the pandemic. The album is set for release on May 20th by Iron Bonehead Productions, on CD and vinyl LP formats.

Check the following links for more info, and also be sure to give a listen to the previously released album track “Hallowed Flesh“.