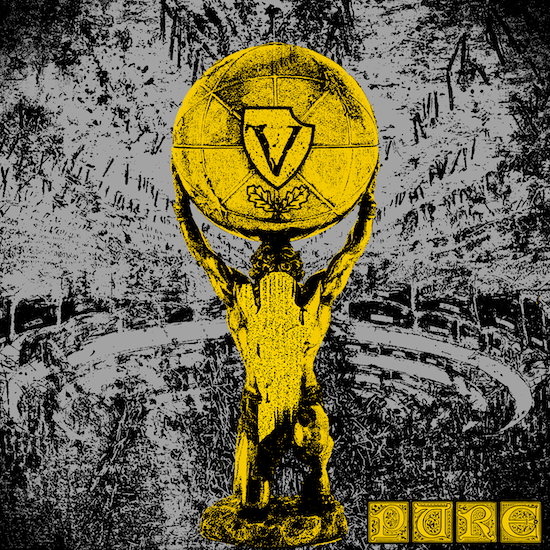 Somewhere among the philosophies of the band V.E.G.A.S., if they were ever to set them out in a complete manifesto, would likely be the maxim “familiarity breeds contempt”. That may explain why the membership and location of the band’s members (or perhaps just one member) are so obscure. I would like to think they really are based in Belize, as their Bandcamp page states, but that’s probably just a way of saying “where we are doesn’t matter in the slightest”.

The conviction that “familiarity breeds contempt” would also provide a partial explanation for the band’s morphing music. It resists mundane classification, and it changes enough that the chance to get thrown off-balance is one reason why some of us leap at their new releases. I don’t mean to suggest that they sound like a different band from release to release — there are definite through-lines to be sure (the words “rage” and “riot” come to mind) — but you still get the impression of a band who have no static “blueprint” and willfully refuse to be pinned down. 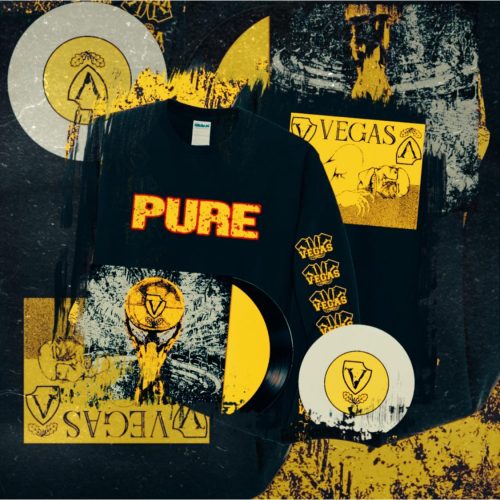 Now we have a new V.E.G.A.S. album headed our way. Its name is Pure, and the band have joined forces with Head2Wall Records for its release. It includes 15 tracks, and there’s a bonus lathe-cut 7″ vinyl in a limited bundle (only 30 of those) that includes two exclusive songs on top of that.

Some of these songs have been previously released as singles. I think the most recent of them (until today) was “Recovery“, which I attempted to sum up soon after it emerged last month: “‘Recovery‘ is a mean and marauding jolt, packed with skull-slugging and gut-rumbling drumwork, slashing, squirming, and clawing riffage, howling lunacy in the vocal department, and enough dark melodic hooks to make you come back to get bruised and battered again”.

Today we’re bringing you another track from Pure, this one named “Resolve“. At one level, it’s a pure (pun intended) adrenaline rush, moving with full-throttle intensity, both the riffs and the drums pumping like pistons with your head in the cylinder. The chords are also brazen and blaring, and they give the song a feeling of furious defiance, a feeling that’s strengthened by bursts of double-kick drums and vocals that are as raw as a traumatic wound.

On another level though, torment and bleakness creep in, especially when the lead guitar wails in misery and the vocals howl in seeming agony. And though the song is compact, it has visceral hooks that stay embedded even after the song ends.

Head2Wall is planning to make a digital release of Pure on May 27th, with yellow and black vinyl editions expected to ship in August. As mentioned, there will also be a limited-edition bundle that includes the separate lathe-cut 7″ with two more songs and an exclusive merch capsule. You can check out the options via the links below.