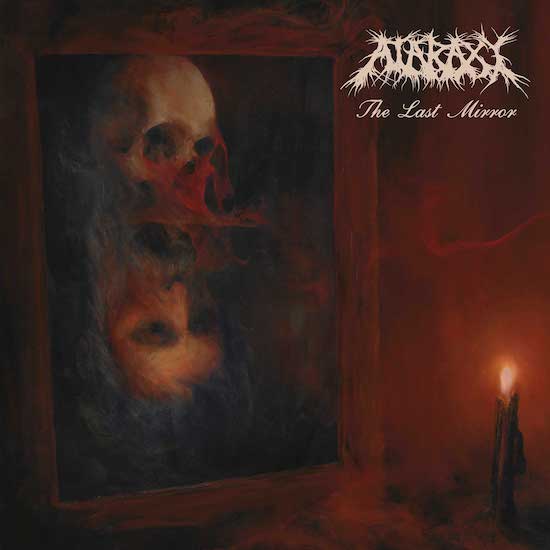 The music of Ataraxy has become a confluence of heart-rending and hideous poetry, and violent, pulse-pounding turmoil. It brings together the soul-splintering downfalls of doom and the electrifying ravages of death metal, and shrouds those striking unions in an atmosphere that isn’t of this world, but seems instead to radiate from spectral realms that lie on the other side of death.

Even from their beginnings, Ataraxy have been very good, but the old cliche that “This is their best work yet!” is inarguably true in the case of this Spanish band’s newest album The Last Mirror, which will be co-released by Me Saco Un Ojo and Dark Descent Records. The songwriting here is both more refined and more unsettling — more elaborate, more prone to the creation of startling contrasts, and even more effective in drawing the listener down haunted and harrowing pathways of heartbreak, horror, and rampant savagery.

Everyone who has been paying attention already got a vivid sign of Ataraxy‘s multi-faceted achievements on this new album through the advent of its stunning first single, “Decline“, and today we bring you another sign via our premiere of “Visions of Absence“. 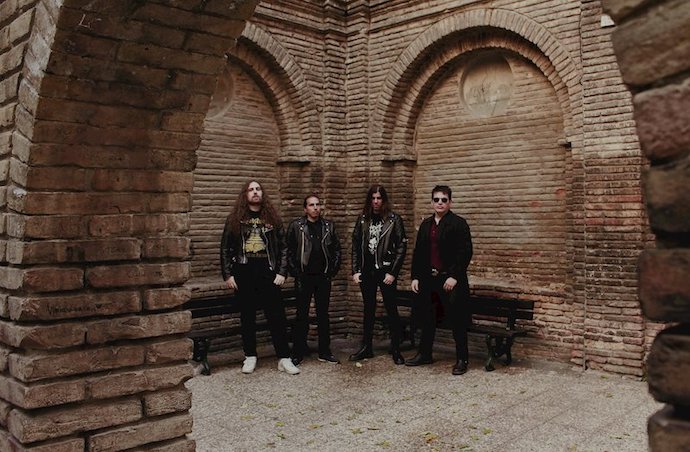 The glittering echo of the song’s opening notes immediately creates a ghostly ambience, a slow glimmering of grief from beyond the pale – which makes the stark contrast of what follows even more shuddering. What follows is a swath of craggy, groaning chords, skull-plundering drum blows, and harrowing guttural howls, all of it building toward percussive outbursts, a phalanx of jolting riffage, and swirls of high-flown melody that underscores the song’s unearthly atmosphere.

The turmoil in the music reaches further heights as the guitars seethe in spasms of tremolo’d violence and the drums spit bullets at a high rate of speed. And thus the music becomes viscerally assaulting as well as profoundly eerie. It channels torment and confusion as well as hopelessness. Crushing doom descends as the pace slows again, the vocals no less intense but the music dragging the listener through a soundscape of emotional desolation. The tomb opens and awaits, and spectres wail from within.

The album’s stunning cover art was created by Rodrigo Pereira Salvatierra. It was recorded and mixed by Javi Félez at Moontower Studios, and mastered by Greg Chandler at Priory Recording Studios.

The album will be released on June 17th — on CD in Europe by Me Saco Un Ojo, on CD in the U.S. by Dark Descent, and digitally from both labels, and Me Saco Un Ojo will also be handling the vinyl editions. Check the links below, and also be sure to listen to that first single “Descent“, which you’ll find below.

One Response to “AN NCS PREMIERE: ATARAXY — “VISIONS OF ABSENCE””