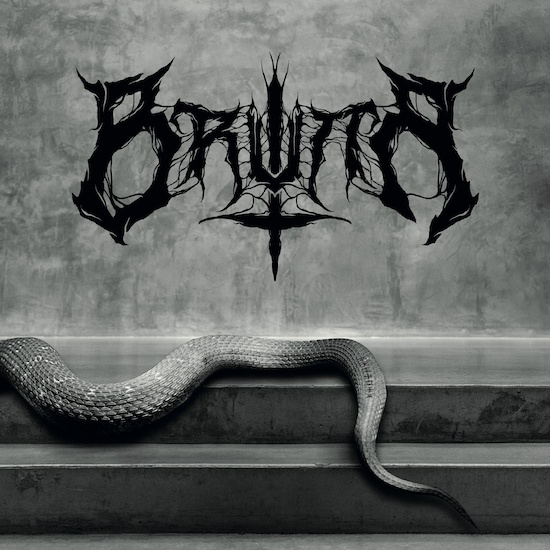 Imagine a maniacal murderer trapped within Dartmoor Prison in Devon, England. Fueled by unquenchable rage, he hammers at the walls that confine him, and the more he does so the more he longs to hurt, to teach the monstrosity of pain, to kill and kill again.

That vicious sociopath who is trying to escape the hell around him, and to bring hell to the outside world, is the first-person protagonist in the song we’re bringing you today from the self-titled debut album by the part-Brazilian, part-British band Brutta — and the song is just as viscerally violent and frightening as the lyrics. It’s also so physically compulsive that it’s likely to pump your head like a fully-fueled piston. 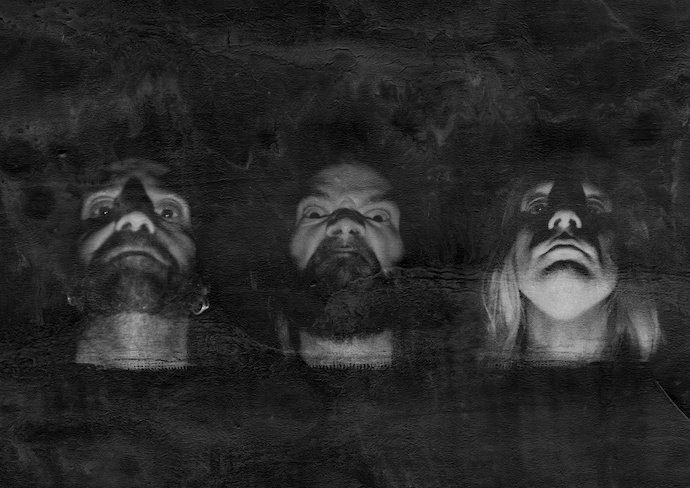 The people responsible for the convulsive extremity you’re about to experience are Brazilians Adriano Ribeiro (guitars, vocals) and Gledson Gonçalves (drums), and bassist Tom MacLean from the UK. They had worked together previously on the debut album by the progressive metal band Athemon, but were inspired to create more extreme and aggressive music, and Brutta has become their vehicle for that.

“Devon” is composed of many riveting ingredients, but perhaps the most startling (and terrorizing) of them all are Ribeiro‘s vocals. He truly seems to have become possessed by the song’s psychotic protagonist and enraptured by his slaughtering fantasies. Such is the effect of his ghastly wails, rabid growls, snarling proclamations, hideous screams, and crazed laughter. At times his voice seems to crack with the splintering of an unhinged mind. All together, it sounds like a convocation of demons.

In keeping with the insanity of those expressions, the music explodes in tornadoes of blasting drums and dense, roiling riffage, but also eerily swirls and morbidly groans in unearthly dissonant tones when the drums segue into less obliterating patterns. As forecast above, the band also deliver bursts of jackhammering, bone-smashing cruelty that will hammer your head just as violently as the protagonist hammers his prison walls. And thus the music is not only terrorizing but also a big (and highly infectious) trigger for your fast-twitch muscle fibers.

The album Brutta is set for release on June 17th. It was produced, mixed, and mastered by Tom MacLean at Twelve Tone Studio. The arresting cover art is the work of Luigi Quarta. It comes recommended for fans of Vltimas, Mayhem, Bloodbath, Dark Funeral, and Morbid Angel. You’ll find relevant links below, as well as a stream of the album’s previously released title track.

P.S. The band have explained: “After coming up with the band’s name, Brutta, we discovered that its meaning in Italian is ‘ugly female’. That was funny but also weird for us and we almost give up the name, since we don’t want to offend anyone, especially the ladies. We believe true beauty lies within each one of us. It’s about who you are, not what you look like.”