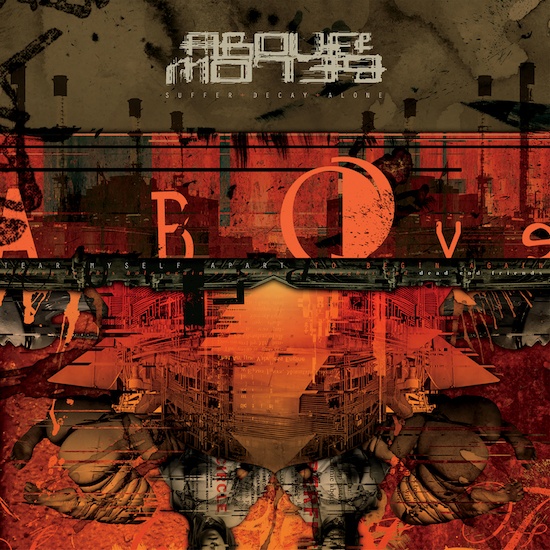 Some dreams take a long time gestating before they come screaming into the world. Many others die in the womb. Suffer Decay Alone is a dream realized, but it did take a long time for that to happen.

We’ve written often over the years about the Ohio band Plaguewielder, whose fantastic latest album Covenant Death we had the privilege of premiering here last year. What we didn’t know until more recently was that Plaguewielder‘s primary member Bryce Seditz has harbored a desire to make industrial music ever since the first time he listened to NIN‘s 1994 album The Downward Spiral. It took the covid quarantine to begin making that dream a reality.

Above & Below is the name Seditz chose for this plague-spawned project, and Suffer Decay Alone is the title he gave to its first fruits, an album that will be released on June 10th by Jeff Wilson‘s Disorder Recordings. The title has meaning, a sign of the times in which the music was made. It reflects some of the overarching moods of the music as well, but anyone familiar with Seditz‘s work in Plaguewielder could have already guessed that despite a change in genre-style this would be confrontational music with a raw and intense core — and so it is.

By the same token, anyone familiar with Covenant Death might also guess (correctly) that although Suffer Decay Alone is frequently dark as midnight, it isn’t a monotone, either emotionally or in its sonic textures. 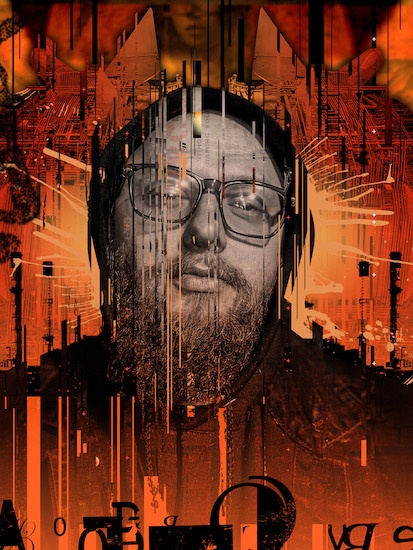 Seditz has written: “Suffer Decay Alone is an amalgamation of how I’ve felt over the past two years, from feelings of worthlessness and hopelessness to suicidal and downright blood boiling anger. I’ve always wanted to make industrial music. Making this album taught me a lot, not only in a musical sense, but it taught me a lot about myself. It’s crushing, brutal, and very emotional for me. I hope everyone feels that vibe from this album, as it means a lot to me.”

And yes of course there are beats — deep vibrating throbs and skull-cracking snare-smacks that get legs jumping and heads pumping. In that respect, the songs have the primal urgency that’s one of the hallmarks of industrial. They also have the kind of cold machine-like atmosphere that’s another genre hallmark, an aura generated by a changing collage of electro-pulses and doppler-like warblings. Some of them even sound bright, like the little keyboard dance that surfaces and re-surfaces in “Hope”. 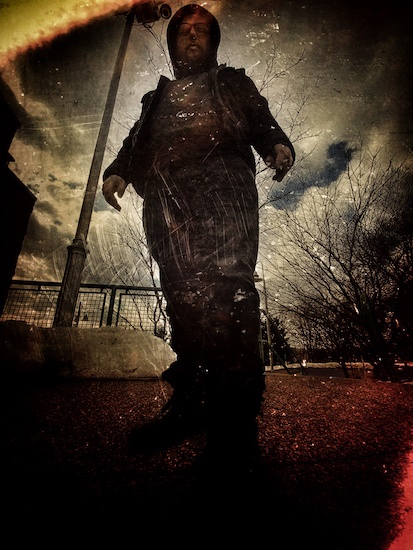 Would you want to dance to this music? Maybe… but you’d have to let Seditz‘s scarring voice and afflicting sonic assaults live in your head while you do. And you’d have to lurch like a wounded animal if you move to the stagger-and-stomp of “Isolate”, which is also one of the most frightening and demented of all the tracks — until you reach the immediately following track “Dead”, which will just make most people want to curl up in a corner and shudder in fear.

Truth be told, in different ways and in different doses all these tracks are frightening, and some of them (e.g., “Tear”) are downright oppressive. But they’re scattered with surprises too, including the darting rhythm fashioned by weirdly distorted vocals in the closer “Covered” and the sweeping and ethereal synths that give that same multi-textured song a sheen of freezing splendor.

You do get the feeling that this is an album made by someone who’s experimenting, drawing upon influences that are well-known and well-defined but manipulating and embellishing them in ways intended to channel his own torments and furies. The results have a tendency to keep us on the edge of our seats, uneasy but invigorated, wondering what’s coming next. See for yourselves:

One Response to “AN NCS ALBUM PREMIERE (AND A REVIEW): ABOVE & BELOW — “SUFFER DECAY ALONE””