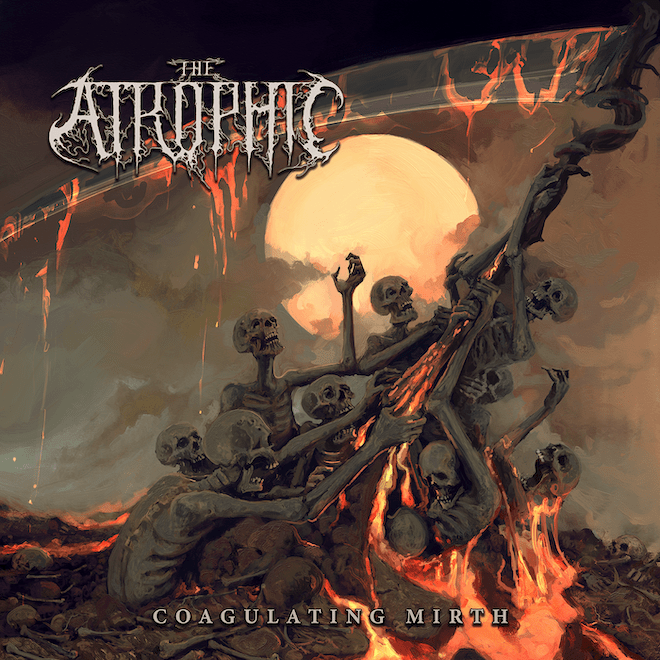 What we have for you here is yet another welcome sign that even the darkest of times can’t black out artistic creativity, and can indeed become the inspirational fuel for something new and vibrant.

Today’s case in point is The Atrophic, a North Carolina band formed in 2021 that combines the talents of vocalist Sean Irizarry and guitarist/bassist Kyle Kuffermann. Working our of their home studios, they recorded a four-song EP named Coagulating Mirth, augmented by the performances of session drummer Robin Stone (Ashen Horde, Norse, ex-live for Augury). And then they had it produced, mixed, and mastered by Hannes Grossmann (Alkaloid, Blotted Science, ex-Hate Eternal, ex- Obscura, etc.) at Mordor Sounds Studio in Germany.

And if that alone doesn’t tell you how much they believed in what they had accomplished, they enlisted one of our favorite visual artists, Vladimir ‘Smerdulak’ Chebakov, to create both the cover art for the EP and a separate piece for its first single, and they turned to the talented sci-fi and horror artist Sanskarans for the creation of an artwork piece for the title track — which we’re premiering today in advance of the EP’s release on July 8th.

You can see the work of Sanskarans above, and here’s Smerdulak‘s cover for the EP: 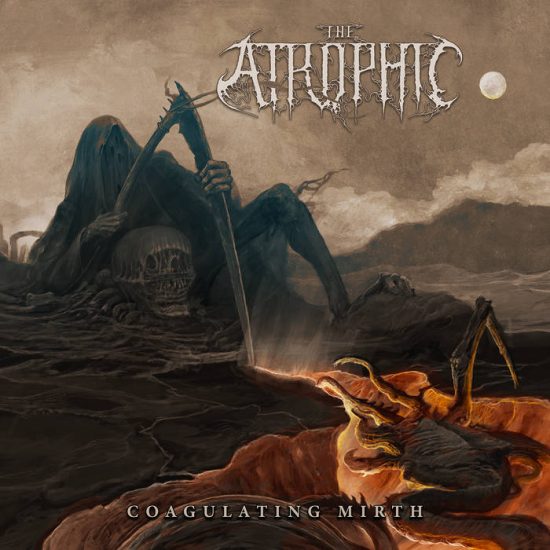 Of course, it’s sad but true that a band believing in their music doesn’t necessarily mean the music will be embraced by others. But there’s a lot to embrace wholeheartedly in these four songs. The Atrophic have drawn inspiration from both technical death metal and melodic death metal, and the title track we’re presenting today shows just how well they’ve used these genre ingredients to create music that’s intricate yet catchy, brutalizing yet mood-changing.

The song’s symphonic and choral opening sets the stage with sensations that are sinister and ominous, and when the band then take the stage the music remains sinister, but orders of magnitude more electric. With the drums battering, galloping, and booming, the guitars swirl and skitter, and fluid melodies flow through in ways that are both haunting and scintillating, while the lyrics are vented in savage snarls and screams.

There’s a sudden (and perhaps shocking) instrumental break that’s meandering and dreamlike, poignant and mysterious, accented by spoken words, and then the band attack again, but this time with a beguiling solo that wails, glimmers, shivers, and soars, propelling the song to grand heights. In that closing crescendo, there’s a feeling of hopefulness, and even joy, that bursts through the frenzies of confusion and despair.

Now we’ll share with you the band’s comments about the EP and the title song:

“Our debut effort, Coagulating Mirth, is a snapshot and a surreal portrait of the times we’re facing today. The band was born during a global pandemic at a time when society is split across different ideological boundaries. We joined forces as a duo to develop music to challenge ourselves and share a vision of impending doom that consumes the zeitgeist.

“The title track finds inspiration from the same concept using metaphors. It describes an entity that takes on a sentient form that struggles with reason and purpose while navigating mortality. In the song, hope and fear antagonize each other like an unbalanced scale.” 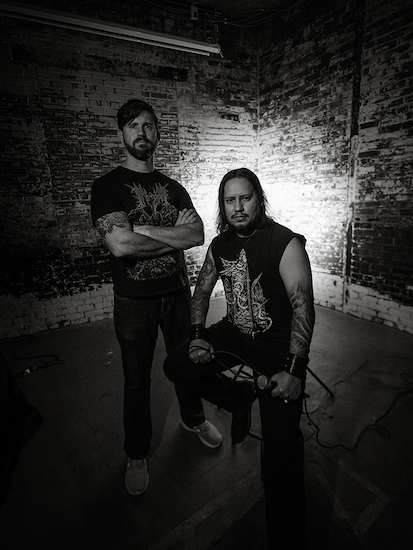 Coagulating Mirth should appeal to fans of the bands that have inspired the group, which includes Arsis, At The Gates, Inferi, Mors Principium Est, Skeletonwitch, and The Black Dahlia Murder. It’s available for pre-order now. You’ll find relevant links below, along with a stream of the previously released first single “Misery’s Grip“.