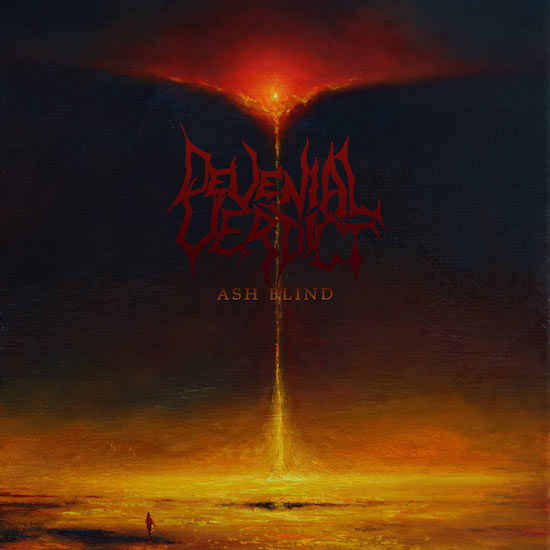 From from 2009 through 2016 the Finnish band Devenial Verdict released a pair of demos and a pair of EPs, and now, six years later, their debut album is on the horizon. Entitled Ash Blind and adorned with cover art by the great Mariusz Lewandowski, it will be released later this year by Transcending Obscurity Records.

Time brings change, and thus Ash Blind represents alterations in Devenial Verdict‘s sound, revealing more prominent dissonant and atmospheric elements in the music. The band show themselves capable of creating vast sonic vistas that are as entrancing as they are unnerving. But while Devenial Verdict have clearly spread their creative wings in expansive fashion from where they began, the songs also make for potent adrenaline fuel through bursts of obliterating hostility and grooves that hit hard enough to give your spine and skull a terrific jolting. 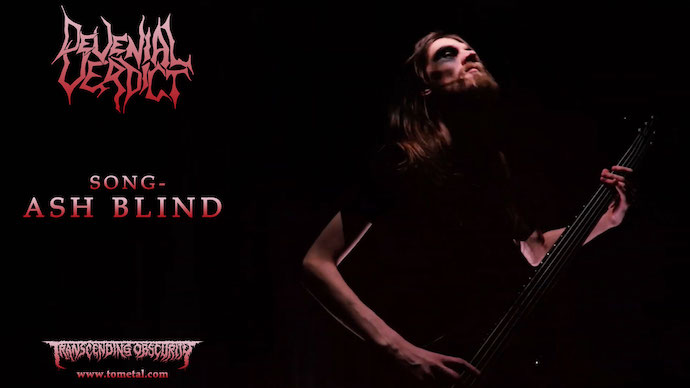 “Ash Blind” (the song) proves to be both enticing and assaulting, both hypnotic and dangerous. It changes sharply as it goes, but the motifs that hold it together take root and make it memorable, which is a testament to the band’s songwriting skill.

The title track’s opening is eerie and glittering, swiftly building an atmosphere of mysterious, unearthly splendor. And then the drums begin battering and the bass arrives to create a seductive harmony with that strange opening melody — which becomes increasingly intense though still wondrous.

The band drive the intensity to further heights with furious howls and jolting riffage, but the eerie ringing melody that introduced the song never completely vanishes. It re-surfaces in piercing tones above thundering double-kicks, electrifying drum-fills, beautifully swirling guitar solos, and hard-hitting chords that create feelings of perilous grandeur.

The song’s jolting grooves, blistering rhythms, and ferocious, harrowing howls continually return as well, giving the song a formidable visceral punch to go along with its many mesmerizing aspects.

Below we’re also including the album’s first single, “Hope“, which is just as gripping as the song we’re premiering today. Further info about the album and pre-order opportunities will come soon via the locations linked below.