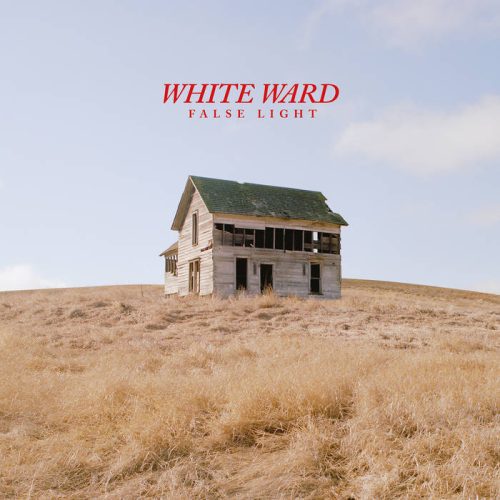 To be honest with you, for the longest time I really wasn’t sure how to start this review.

After all, White Ward hail from a country that is still, over 100 days on, in the throes of an invasion, and to fail to acknowledge that fact seems somehow wrong.

And yet, at the same time, I don’t have the words to describe how this must be affecting the band… because I truly can’t imagine what they’re feeling or what they’re thinking right now.

So if I choose to just focus on the music, I hope that’s ok. 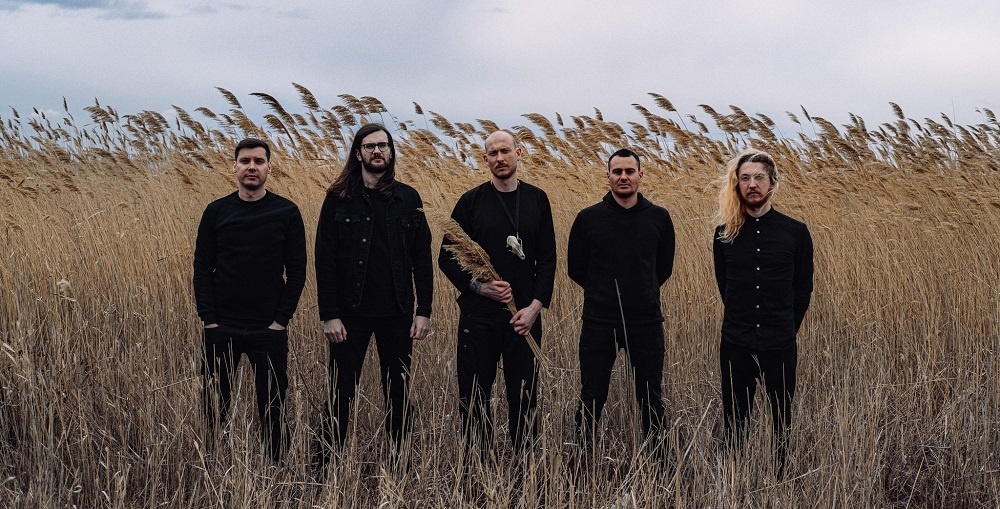 The big question surrounding the impending release of False Light (which comes out this Friday via Debemur Morti) is, obviously, “how are the band going to top Love Exchange Failure?”

Let’s face it, LEF was a huge album, one pretty much beloved by (almost) the entire Metal-sphere – including yours truly, who included it in his “Critical Top Ten of 2019” (and, just a quick aside, but what a fucking stacked year that was!) – so it shouldn’t be a surprise that expectations for the follow-up are pretty sky-high.

Smartly, however, White Ward haven’t just tried to create “Love Exchange Failure: Part 2“ on their new record. If anything it’s closer to being an expansion of their more recent Debemur Morti EP (celebrating the label’s 200th release), which means more ruggedly rhythmic riffs, more clean vocals (courtesy of a number of different guests) and a more overtly “proggy” feel to the entire escapade.

But while the “proggier” feel to the album is undeniable (several of the tracks remind me of a more focussed, and more furious, version of Red for Fire/Black For Death era Solefald, replete with extended electronic and atmospheric interludes, eclectic instrumental embellishments, and cascading Post-Rock inspired crescendos) False Light is also, arguably – at least, when it wants to be – an even heavier and more aggressive record than its predecessor, with songs like the fearsome “Phoenix” and the propulsive Post-Punk meets punishing Post-Black of “Cronus” balancing out their more esoteric and/or avant-garde ambitions with some of the crunchiest, catchiest riffage and fastest, fiercest blastbeats of the band’s career.

And although there is, undeniably, a lot to take in with this album – the phenomenal first track alone is just over thirteen minutes of moody atmosphere, gloomy ambience, seething blackened intensity and smooth, soulful saxophone, all topped off with some absolutely savage, shrieking vocals (as well as some poignant, penultimate, clean singing) – White Ward continue to demonstrate a gift for weaving all this outlandish excess together into something both extraordinarily coherent and emotionally rewarding.

Of course, while False Light is undeniably an excellent album, there are a few nits which I can’t help but pick, mostly centred around the fact that even though this album is actually slightly shorter than its (in)famous predecessor it actually feels longer and seems to overshoot its optimum length by a handful of minutes (whereas on LEF, by contrast, every single second felt truly earned and vital).

Arguably this problem could (largely) be solved just by cutting anticlimactic final track “Downfall” – which seems to me like little more than unnecessary exposition tacked onto the tail-end of the far superior title-track (which would, in my opinion at least, have served as a much more fitting, and more definitive, finale all on its own) – but that’s something I’m sure we’ll all be arguing about over the coming weeks and months (and, possibly, years).

Because this is an album which people are going to be talking about for the rest of the year, and beyond. And even if it’s unlikely to have the same outsized impact as Love Exchange Failure, False Light proves that White Ward aren’t the sort of band content to just wait around for lightning to strike twice… they’re too busy making some sparks of their own!