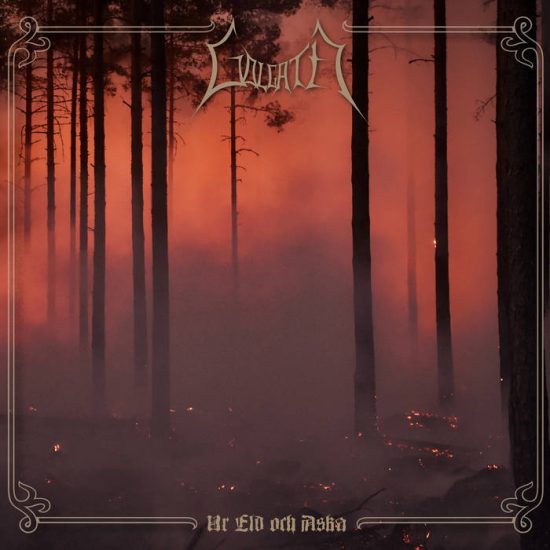 We welcome the Swedish black metal band Golgata back to our pages roughly 18 months after they first caught our attention and admiration with their last album, 2020’s Tempel, which spawned comparative references to the likes of Skogen, Grift, and Fellwarden. The occasion of their return is a forthcoming third full-length named Ur Eld Och Aska, which will be co-released on July 7th by Satanath Records and Ketzer Records.

As the title implies, the album is a journey through fire and ash but it’s also a journey through time, inspired by the history and natural surroundings of the dark, forested region that gave birth to this duo. It has the capacity to scathe the senses in raw and unbridled fashion, but it’s equally powerful in its capacity to mesmerize and to transport listeners away from modernity and into a much older age, creating grim and haunting visions of yearning and sorrow.

And thus we’re proud to present today the album’s fourth track in the running order, a song named “Vagabond“, revealed through a lyric video in the band’s native tongue. 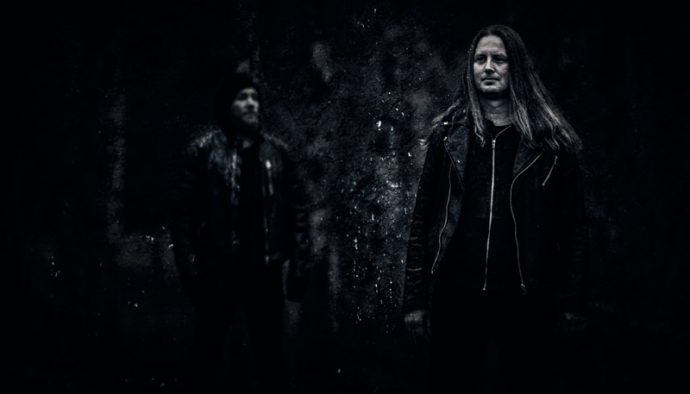 The ring of the track’s central riff, which follows its wandering course over a slow bass-and-drum rhythm, has a downcast and defeated mood. As the bass begins to growl and the drums grow more feverish, the music seems to become even more despairing. Strummed mandolin chords join in (a guest performance by Jonas Olsson), along with both scalding, serrated-edge snarls, deep roars, and solemn but soaring singing.

Like the imagery in the video, the music feels ancient, like arms reaching back to link with a medieval age. It also becomes more intense, as the guitar flickers like a bonfire and the vocals shriek above the thudding beats. Straight through to the brief, lyre-like instrumental at the end, the song weaves a spell, even if it’s one steeped in sorrow, loneliness, and regret.

Below we’ll also share with you the new album’s previously released title track, which presents another side of Golgata‘s music. It too becomes spellbinding, but it’s also more ravaging and glorious in its grim and grievous permutations — it pounds the heart and causes it to swell with passion. It also includes even greater vocal variety, thanks to the appearance of guest singer Mari Biäre Howerdal (who also appears on two other tracks).

Golgata are: S. (guitars) and Niclas Ankarbranth (vocals, guitars, bass, drums). The album will be digitally released by Satanath and on CD by Ketzer.