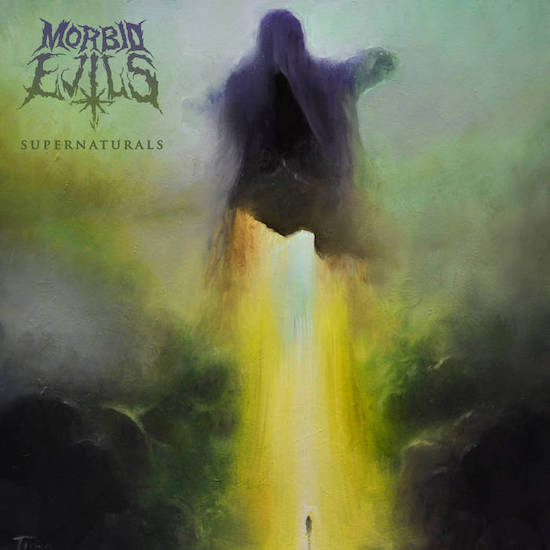 Having previously become preoccupied by Morbid Evils‘ apocalyptically heavy and thoroughly unnerving last album Deceases in 2017, we confess to shuddering at the news that these Finns were coming back with another one. The prospect was even more frightening, given that they had so many years to use, calculating how they might spread ruin in even more obliterating and frightening ways.

Of course, fear can be addictive, especially when it’s delivered through the crushing and mind-warping combination of sludge, doom, and death metal that Morbid Evils so formidably bring to the table. And so it really wasn’t likely we’d actually stay away from their new album Supernaturals. Yes it’s morbid, and yes it’s evil, and it delivers both earthquaking punishment and psychotic mayhem, but for all those same reasons (and more) its twisted twists and turns are thoroughly riveting.

The album consists of four monolithic tracks, and we have one of those for you today that proves the points we’ve stammered above. Its name is “Fearless“, which might be what you need to be to go into it. 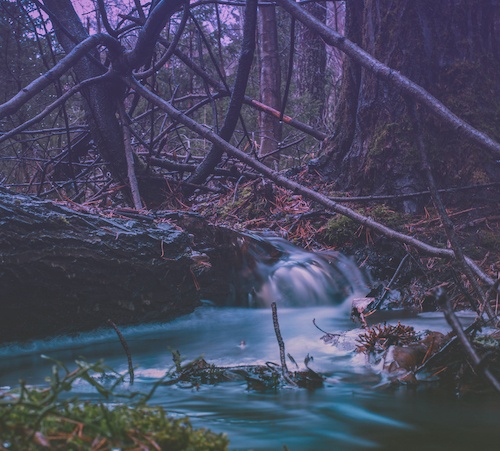 At almost 10 1/2 minutes long, “Fearless” is an extended nightmare from which you’ll awake bruised and in a cold sweat. The music is primitive and pernicious, bludgeoning and cold, but also maniacal and mercilessly unnerving. And it’s right at home in an album named Supernaturals.

It stalks like a massive hell-beast, slowly pounding the earth with massive corrosive chords and screaming in madness as it goes. The drums thud and crack. Rapidly vibrating guitars elevate above the grim momentum in sensations of torment and turmoil. The vocals are unchained larynx-shredders. Unexpectedly, the beast begins to careen and cavort — the drums rumble and clatter, and the guitars slash in a feral fury.

But there’s still more to come. The riffing transforms into a whirling miasma of disease and dementia, roiling and flickering like flames above pulse-punching drum fills, and then throbbing in dismal groaning tones while the drums resume methodically slugging your gut.

The music swells into cacophonies of derangement, still anchored by organ-rupturing percussive thuggery, and those hideous throbbing sensations return, giving your muscles something else to move to. The radioactive guitar leads elevate and burn, because the band obviously want to broil your mind just as much as they want to wreck your spine. Enjoy!

Supernaturals is now set for release on August 19th by Transcending Obscurity Records in a variety of formats that makes good use of Dawid Figielek‘s attention-grabbing cover art. The label recommends it for fans of Primitive Man, Jupiterian, 71TonMan, Winter, Thou, Conan, Grief, and Warcrab.

Check the links below, and also gird your loins and experience the malicious wonders of the previously released track “Anxious“.