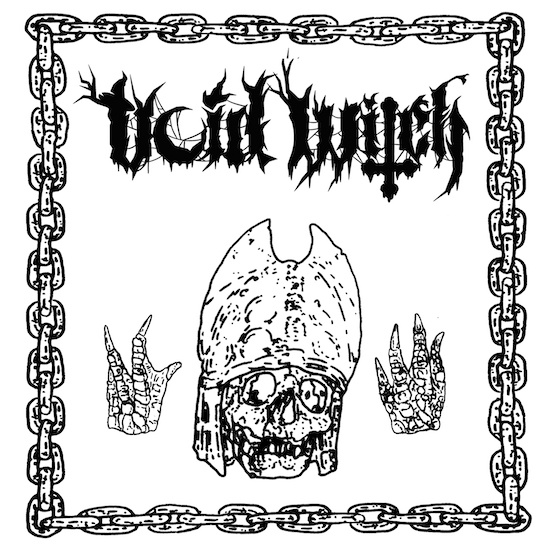 Last October the Central Texas band Void Witch released their first demo, a two-track offering at the altar of death and doom. For 13 minutes and change they led listeners through dank crypts and ghastly mansions, lurching and rumbling, dragging like a wounded beast and convulsing in electrifying fevers, and lacing their strikingly dynamic maneuvers with a rich tapestry of captivating guitar melodies and wide-ranging, spine-shivering vocals.

That demo, especially as a debut recording only two tracks long, really is tremendously multi-faceted and extremely impressive in both its songwriting and its execution. Even without a lot of fanfare it attracted a devoted following, but no doubt still flew under many people’s radars. However, the people at Everlasting Spew Records didn’t miss it. They’ve signed on to give the demo a physical and a new digital release, both of which include a third track exclusively recorded by Void Witch for the occasion.

This new third track is what we’re delighted to bring you today, to coincide with Everlasting Spew‘s street date for the self-titled Void Witch EP. The song’s gruesome name is “Boudoir Bloodfeast“. 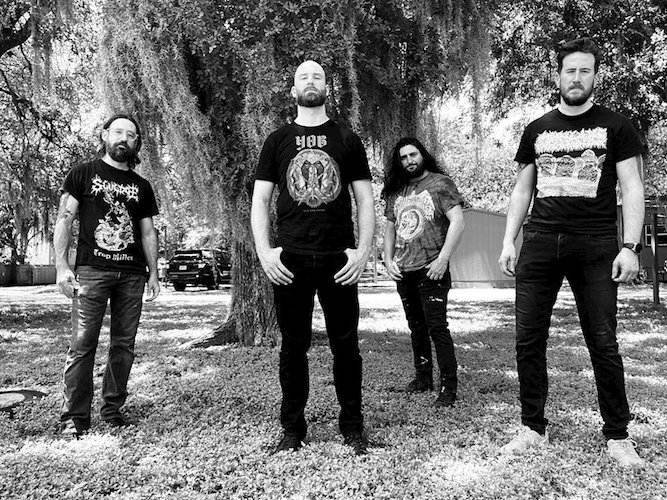 For those listeners unfamiliar with the demo, this new track makes for an excellent introduction to the band’s music. For those who are already fans, it will be welcomed with open arms.

The song proves again how adept Void Witch are in weaving together an impressive range of influences across the spectrum of death metal and doom. The music is at times brazen and hideously glorious, at others sinister and spectral. It jolts and slithers, batters the bones and casts unearthly yet seductive spells. As on the demo, the lead guitar melodies and solos ring with clarity as they dart, ripple, convulse, chime, and soar.

The song’s dynamism is also just as impressive as on those previous two tracks. The pacing and rhythmic patterns are in constant flux, as are the tonal sensations and emotions channeled by the music, and because this song is the longest of the three the band have now released, it’s an even more extravagant display of all the band’s multifarious talents.

Of course, we can’t leave you to this bludgeoning and bewitching song without again underscoring the macabre vitality and voracious power of the vocals. Like the music, they abhor monotony.

Enjoy this bloodfeast, but beware: It will leave you hungry for more Void Witch releases to come (and we hope we won’t have to wait too long).

With good reason, Everlasting Spew recommends the EP for fans of Temple Of Void, Hooded Menace, Coffins, and Druid Lord. It will be available today on CD, cassette tape, and digital formats.