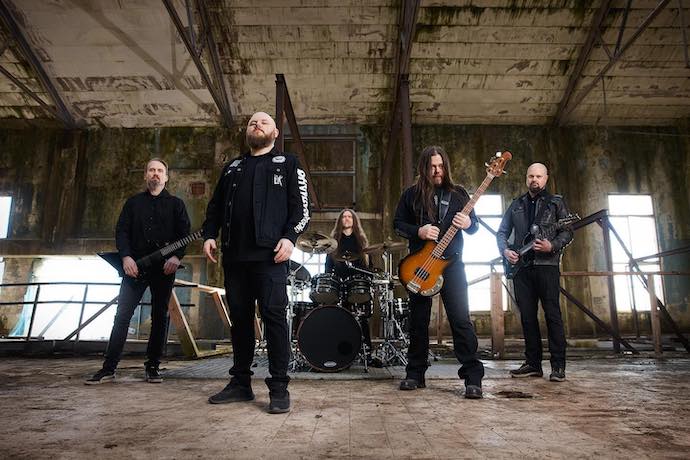 (Today is the day when Massacre Records releases a new album by the Swedish band Darkane, and to celebrate the occasion long-time NCS writer TheMadIsraeli has returned from a long hiatus with the following review.)

Metal, in its current form, from where I observe it, is dealing with an arms-race problem.  Specifically, a technicality problem.  Obviously, I’m not saying that technicality is bad, or compromises the music, or is indecipherable, but THERE IS a trend with modern bands toward what is straight-up a lack of capacity to write an actual song with twists, turns, peaks, valleys, crescendo and climax.

I find myself being kind of stuck between what feel like two extremes.  We’re dealing with the excessively technical to the detriment of everything else, while on the opposite end exists boring commercially line-straddling pseudo prog that barely qualifies under any semblance of the term or the philosophy of progressive style composition.

I had my phase of liking djent, and I certainly have my moments where I like Beneath The Massacre or Braindrill as much as anybody else, but as I’ve grown older I’ve realized the extreme metal that sits with me the best is a sort that has achieved this lunatic fringe, arguably near impossible, perfect symmetry of element and frame.  If you asked me to name my top ten bands of all time up to the point of writing this, without any form of hierarchy intended here, it’d be Byzantine, Meshuggah, Textures, Suffocation, Dying Fetus, Vader, Kreator, Sepultura, Dark Fortress, and last and most relevant, Darkane. 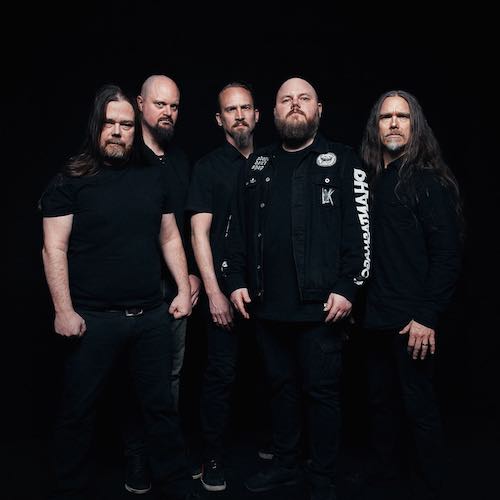 Darkane is probably my favorite metal band of all time.

Why is that?  Well, it’s because the band changed my outlook on what metal could be.  Here was this group of Swedes who were seamlessly mixing death metal, thrash, and jazz fusion on occasion, that was steeped — and I mean absolutely STEEPED — in neo-classical compositional and melodic ideation.  Darkane don’t sound like anybody else.  Nobody sounds like Darkane.  They accomplished that by creating a hybrid of a kitchen sink of different genre mashes mixed with a flawless capacity to balance the technical, emotive, dialed-back, and explosive.

I can’t review this band objectively, I won’t bullshit, but thankfully I will likely never have to be objective with this band because everything they make is pristine.  Just sometimes with only slightly less of a shine than others, which frankly, is entirely curated by your personal taste of what you like best about the band.  Nothing is ever fully removed from their sound, they just move the sliders around so that everything is distributed differently.

My love for this band also extends to their philosophy as artists.  I believe it was back during the making of Demonic Art that they described the way they pivot from album to album as, opposed to moving forward, they move sideways.  I love this, not only because I honestly believe the concept of “evolution” in music has become the rather obnoxious and nebulous concept that somehow always seems to mean “the band becomes less heavy, less complex, and less experimental and more commercial leaning”.

But I also think the idea that an artist HAS to change drastically with every incremental bit of career progress is a prescriptive statement that is, frankly, against the concept of art itself.  Art is meant to be an expression of the people making it, so mandating that bands and thus the people in them must constantly try to change that expression, and thus themselves, has always seemed silly to me. 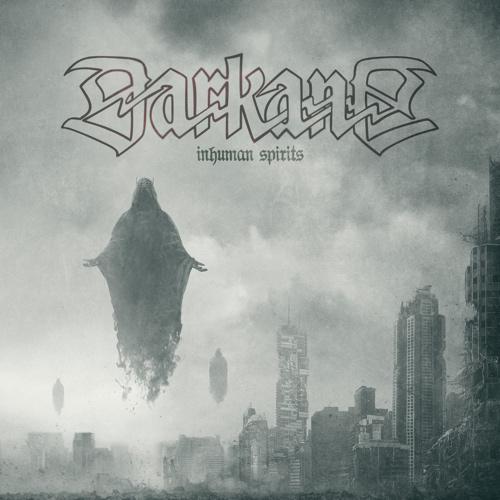 Ever since I was able to get my hands on a promo of this album, I’d say I’ve listened to it for eighty hours.  I put this thing on loop at my part-time work and ONLY listen to it, over and over.  This album is forty-four minutes and forty-eight seconds long, and if my math is correct, that translates into somewhere in the ball-park of one hundred and seven-ish listens.  I’m a fanatic for this album.

I also listened to the band’s previous album The Sinister Supremacy (the Massacre Records special digipack edition, because “Malicious Strain” and “I, Author of Despair” are too good to miss out on) for immediate context, and I also just did a few listens here and there to every other Darkane album.  I wanted to get a picture of Inhuman Spirits” in the long- and the short-term context.

The Sinister Supremacy and Inhuman Spirits have an odd thing in common, that being that they have a pretty large gap between them from previous albums.  Demonic Art came out in 2008, with The Sinister Supremacy not arriving for another five years.  Inhuman Spirits comes NINE YEARS after The Sinister Supremacy.  I don’t mind this, because I think it can be said quite confidently that a LOT of finely honed crafting went into these albums.  There’s not a single bad or filler song, and the song structures never lose any momentum.  It’s a definitive mark of a band who are vets of their craft who keep improving at it.

Probably the thing most interesting though about these last two records is how streamlined they are.  Most of the proggier ambitions of their sound take a back seat except the occasional flourish (see the Meshuggah-esque post-solo breakdown in “Awakening” for example), but also interesting is that while Lawrence Mackrory is an amazingly diverse vocalist who I think might be at his absolute best on this album, Darkane is more than anything what used to be called a “neo-thrash” band back in the 2000s.  A thrash band that used the melodic ideas and emotive muscle of melodic death metal with plain death metal’s grinding grooves and high-endurance technical passages to create a fusion of sounds I’m pretty fond of.

Hatesphere and Carnal Forge are two other bands who were thrown under this label for those who are wanting reference points.  This is usually topped off either by finding a vocalist who sounds pissed enough to blow a vein in his forehead (think Carnal Forge‘s first vocalist Jonas Kjellgren) or finding someone with a fuck ton of power and tonal diversity, like, well, Lawrence Mackrory.  A lot of Darkane’s music has been about mental illness and the darker aspects of the human condition, and the diversity of vocal tone has always been a key part of Darkane‘s sound because that diversity helps carry forth that conception of instability and chaos.

I feel like Sinister Supremacy, much like all of Darkane’s catalogue, had its own identity and character to it, but this is the first time it feels like Darkane has looked both backward and sideways.  This album has that frantic thrash-driven energy of Sinister Supremacy but it’s bolstered by the overpowering big melodic bombast and flow of Expanding Senses.  I like what this album does a lot, especially nowadays when I crave high energy in my metal.

There are hints though of other pieces of the band’s history.  “Embrace The Flames” is a very Rusted Angel-esque kind of a song, strongly evoking “July 1999“.  “Inhaling Mental Chaos” feels like the band’s first attempt at an honest to god old school Soilwork style song (a fitting tie-in given that Speed Strid was the band’s demo-era vocalist) and it’s masterfully done.

The best songs, though, are definitely when the record rides on the wavelength I outlined.  “Awakening”, “Inhuman Spirits”, “Mansion Of Torture”, “The Quintessence Of Evil”, and “Spiral To Nothing” are just so enjoyably unhinged and loose compared to the band’s tighter work in the past.  It’s fun.  I think that’s an element of this record I’m not paying enough attention to as well; it sounds like a group of guys having a great time smashing your skull in and creating a black hole where the fragments once laid.

Inhuman Spirits is my spiritual album of the year, I’m not going to call it the definitive pick because it’s frankly not fair and entirely divorced from any objective analysis, but I do know fans of the band and what they stand for will be delighted, and this album may also serve as an excellent entry point into the band’s prior work if you weren’t familiar.