Welcome to Part 20 of our list of the year’s most infectious extreme metal songs. For more details about what this list is all about and how it was compiled, read the introductory post via this link. To see the selections that preceded the three songs I’m announcing today, click here.

I guess it’s about time we thrashed the bejesus out of da place. I’ll hold the verbiage to a minimum.

The album: Revocation  The song: “Invidious”

END_OF_DOCUMENT_TOKEN_TO_BE_REPLACED

(TheMadIsraeli reviews the new album by Sweden’s Darkane, their first in five years and out now on Prosthetic Records.)

There are certain bands who, I will admit, I am incapable of being objective about.  Bands whose music has an effect on me that, let’s be honest, is just plain fucking unfair.  Darkane is that band to me. Not only have Darkane been consistently excellent, they are to me THE flagship band for how modern metal should should be, creating a succinct core sound with so much hybridization at work that it’s full of nooks and crannies to get lost in.

With a compelling combination of Bay Area thrash, melodic death metal, death metal, progressive tendencies, jazz fusion detours, and classical foundations, they should be bigger than they are.  It’s a real shame.  The Sinister Supremacy marks album number six, and yet I fear that it may not expose their music to many more people than normal.  The Darkane fanbase, even the most rabid, seems to be rather insular in nature.

I think  the discography is flawless, the sound always far ahead of its time, and the musicianship unrivaled in many respects.  The core of guitarists Christofer Malmstrom and Klas Idleberg, bassist Jorgen Lofberg, and drummer Peter Wildoer is quite possibly one of the tightest, most in-tune-with-each-other musical units you will ever hear.  While keeping vocalists around has always been a problem, I was also immensely stoked to learn that Lawrence Mackory, the band’s original vocalist on their debut, Rusted Angel, had returned for The Sinister Supremacy. END_OF_DOCUMENT_TOKEN_TO_BE_REPLACED 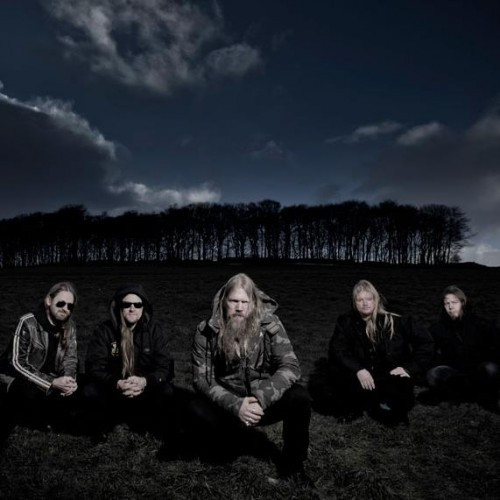 Its name is “Father of the Wolf”, and it rocks very damned hard. It’s packed with irresistible riffs and megawatts of energy, and the wah-wah solos bring a different kind of guitar sound that gives the song a refreshing spin. With any luck we’ll soon have a review of the entire new album — Deceiver of the Gods — but in a nutshell I think it’s a standout for a dependably solid band. Here’s the new song: END_OF_DOCUMENT_TOKEN_TO_BE_REPLACED

Here are two new videos that appeared over the last 24 hours. Get your melodic death metal on.

The new album from Sweden’s Darkane is named The Sinister Supremacy. It’s their first album in five years and features the return of vocalist Lawrence Mackrory, who last appeared with Darkane 14 years ago on their debut album Rusted Angel. The album also includes eye-catching cover art courtesy of former Soilwork member Carlos Holmberg. It will be released by Prosthetic Records on June 28 in Europe and July 2 in the U.S., and it’s available for pre-order at this location.

Yesterday gave us the premiere of the album’s title track in the form of a lyric video. The words feature such loving phrases as “Violence is all I can see”, “I feed on your fear”, and “Murder is all that I crave”. But don’t worry, there are words of comfort as well, such as these:  “In blood red ecstasy devoured by lunacy / This malicious demonocracy / Death resides in me”.

Okay, the words may not have much touchy-feely in them, but what about the music? END_OF_DOCUMENT_TOKEN_TO_BE_REPLACED

Today, Rhode Island’s Howl premiered a new official music video for “Demonic”, a song off their new album Bloodlines, which is out now and which features some incredibly eye-catching cover art. “Demonic” is a cross between scorching and crushing. Scorshing? It’s catchy, too. The video comes next . . . END_OF_DOCUMENT_TOKEN_TO_BE_REPLACED

In between reviews (at the moment I have pieces on the new Vintersorg, Gojira, Ihsahn, and De Profundis in gestation) and work on future editions of The Synn Report (for which I have a vague outline of what bands I want to cover, and in what order), I’d like to drop in little columns on bits of metal culture tangentially connected with the music. It’s fun to do, and it gives me a bit of breathing space and a place to clear my head.

Ok, so clearly I could have filled this entire list with bad black metal artwork… although similarly I could easily have filled it with bad death metal artwork (any number of covers featuring zombies, rape, or zombie rape would do) or bad thrash artwork (robots, tanks, robot-tanks, etc). But I’ve gone for a cross-genre approach to make things a little fairer, and to allow me to fit in some real stinkers.

All these examples have been chosen from my own collection, and I’ve selected a few pieces of artwork that have unfortunately been latched onto otherwise great albums. Not all of them are utterly terrible, but none of them do justice to the music contained within. END_OF_DOCUMENT_TOKEN_TO_BE_REPLACED

There are 22 tracks in all. After the jump, you can check out the full track list and get the download link. END_OF_DOCUMENT_TOKEN_TO_BE_REPLACED 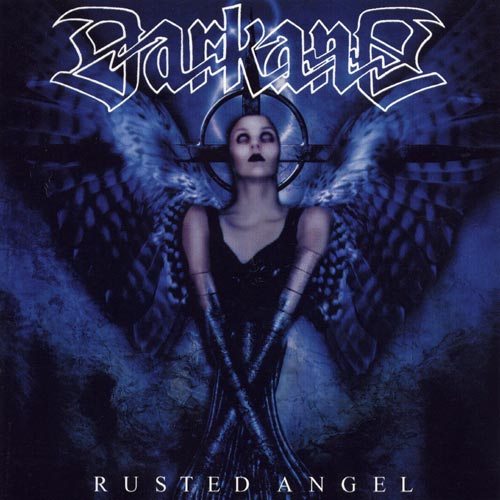 How many Darkane fans do we have in the audience? Well, let’s see, I can count at least two — myself and Israel Flanders, who tipped me to this bit of recent news that I missed. It will actually be fairly significant news to long-time fans of this Swedish band.

Darkane’s debut album, Rusted Angel, issued in 1999, with vocals provided by one Lawrence Mackrory. But by the time the band released their second album, 2001’s Insanity, Mackrory was gone and Andreas Sydow was in. Two more albums followed with Sydow behind the mic, and then 2008 saw the release of the band’s latest album, Demonic Art, with yet another new vocalist, Jens Broman.

Last week, it was announced that Broman has decided to leave, and guess who his replacement is? Yes, Darkane have come full circle, back to Lawrence Mackrory. Since his departure from the band, he has been the vocalist for another Swedish outfit called F.K.U. (for whom he’ll continue to be a member) as well as the vocalist for Scarve (France) since 2009. He will be making his live comeback with Darkane on September 20 in Strasbourg, France at the opening show of the band’s headlining European tour, with support provided by Destinity and Devastating Enemy.

When you’ve been away from a band for roughly 13 years and are about to rejoin them for a big tour, what do you do? Well yes, you fucken rehearse. And as it happens, Darkane have released a video of the new Darkane rehearsing two songs from their discography — “Fading Dimensions” from Layers of Lies (2005) and yes, a throwback to Rusted Angel, “July 1999”. Mackrory has got a versatile voice, which you’ll get a sense of on this video. I presume we’ll get more evidence of that in the near future, since Darkane also reports they’re working on a new album. For now, check out the video after the jump. Darkane’s facebook page is here. END_OF_DOCUMENT_TOKEN_TO_BE_REPLACED

So you all have probably read some things by the author islander, but there’s a new girl in town! I’ll be writing about the music I love and things I’m passionate about. Here is the music I love END_OF_DOCUMENT_TOKEN_TO_BE_REPLACED