(TheMadIsraeli reviews the new album by Sweden’s Darkane, their first in five years and out now on Prosthetic Records.)

There are certain bands who, I will admit, I am incapable of being objective about.  Bands whose music has an effect on me that, let’s be honest, is just plain fucking unfair.  Darkane is that band to me. Not only have Darkane been consistently excellent, they are to me THE flagship band for how modern metal should should be, creating a succinct core sound with so much hybridization at work that it’s full of nooks and crannies to get lost in.

With a compelling combination of Bay Area thrash, melodic death metal, death metal, progressive tendencies, jazz fusion detours, and classical foundations, they should be bigger than they are.  It’s a real shame.  The Sinister Supremacy marks album number six, and yet I fear that it may not expose their music to many more people than normal.  The Darkane fanbase, even the most rabid, seems to be rather insular in nature.

I think  the discography is flawless, the sound always far ahead of its time, and the musicianship unrivaled in many respects.  The core of guitarists Christofer Malmstrom and Klas Idleberg, bassist Jorgen Lofberg, and drummer Peter Wildoer is quite possibly one of the tightest, most in-tune-with-each-other musical units you will ever hear.  While keeping vocalists around has always been a problem, I was also immensely stoked to learn that Lawrence Mackory, the band’s original vocalist on their debut, Rusted Angel, had returned for The Sinister Supremacy. 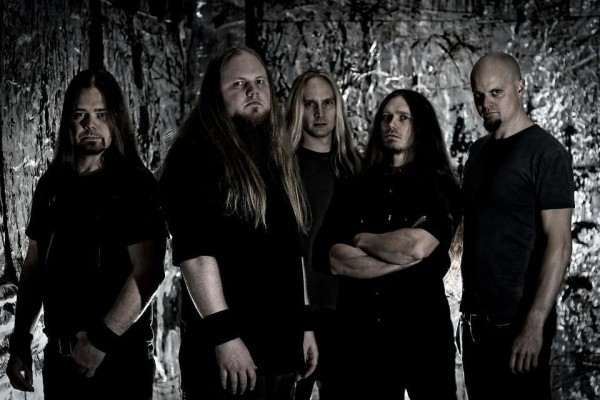 The problem presented here is that with Mackory’s return, Darkane fans and others familiar with this band may have been expecting something like a return to the frantic industrialized neo-classical chaos of Rusted Angel.  This couldn’t be further from the truth.  In essence, The Sinister Supremacy is Darkane really digging into their roots and emphasizing their thrash component while also stripping down the complexity of their composition in favor of straight-up hookiness or visceral tendon-severing.  This has culminated in an album that’s succinct, equally as vicious as the band’s other work, and refreshingly straightforward.

The band do try new things here that ultimately are surprisingly successful, considering their reputation and history, such as unabashed melodic choruses with clean vocals.  The band have always had clean vocals and choruses with melodies, but this is definitely a more stripped-down variation (see the title track for example).

Suffice it to say, this is still Darkane, it will still thrash and grind you into human dust and piles of entrails, and I love every last second of it.  The riffs are still technical yet full of flavor, the drumming is still like being overwhelmed by a blitzkrieg from a death squad, and Lawrence Mackory’s vocals, as always, are impeccable. At this point, Mackory is to me a Swedish vocal icon (his other projects, thrash metal band F.K.U. and French prog-death metallers Scarve are also worth your time).  His diversity, his tone, and his persona are un-paralleled.

It’s the touches beneath the cascade of badass that really seal it for me — the fact that the opening instrumental “Sounds Of Pre-Existence” and closer “Existence Is Just A State Of Mind” use the same core melody, for example.  That, and the bewildering sensibility for riff-writing that Malmstrom and Idleberg bring to the table.  The riffs and solos (and the guitar interplay between them and the leads) are astonishingly astute, intelligent, and sharp, as they always have been.  Whether they are hitting you with something Testament-like, Death-like, Pestilence-like, or whatever, everything feels so… well-crafted and refined.

I’ve confessed how much I love this band.  They’re my favorite thrash-melodic-death-groove-jazz-neo-classical band ever.  This album was headed for my Top Ten simply by virtue of being a Darkane album, before I even heard it. But I was not wrong in my expectations. Hearing it has cemented its place on that list.

P.S. If you don’t break your neck headbanging to “Insurrection Is Imminent”, we aren’t friends any more.

The full album is currently streaming at Metal Injection and can be ordered here.

8 Responses to “DARKANE: “THE SINISTER SUPREMACY””