We’ve been writing about the music of Svart Crown at NCS since the fall of 2010, when we got the chance to hear and review their second album Witnessing the Fall in advance of its release. Since then they have released two more terrific albums, 2013’s Profane (reviewed here) and 2017’s Abreaction (discussed in part here). And now Century Media has announced that it will release this French band’s fifth album, Wolves Among the Ashes, on February 7th next year. The first song in today’s small collection is the first track made public from that new album. END_OF_DOCUMENT_TOKEN_TO_BE_REPLACED 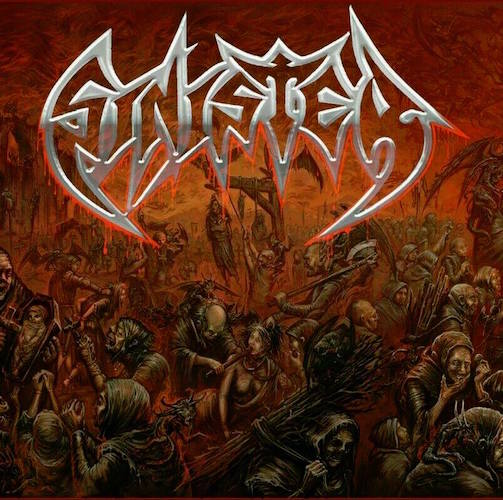 Over the weekend Sinister released an official video (created and directed by Sebastiaan Spijker) for a song called “Neurophobic” off their new album Syncretism, which will be released on February 24 by Massacre Records. This is the 13th studio album by these Dutch death metal veterans, and judging from the new song, it’s going to be lethal. END_OF_DOCUMENT_TOKEN_TO_BE_REPLACED 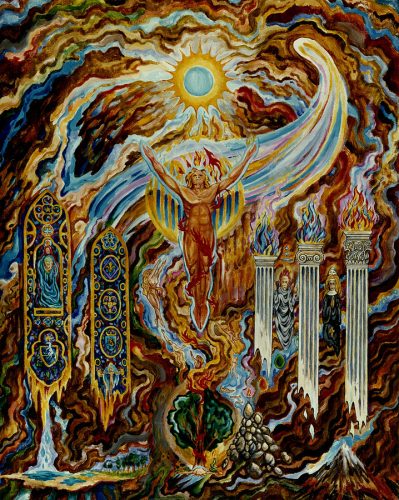 Once upon a time everything seemed to slow down during the holiday season… or at least everything other than the consumerist frenzy of gift-buying. But now in many ways the final weeks of the year seem as busy and eventful as all the other weeks, both at work and almost everywhere else. This year we even got announcements of a new nuclear arms race that no one asked for — what better way to celebrate peace on earth and good will to men!

I did notice a fall-off yesterday in the flood of messages arriving in the NCS e-mail in-box, but there were still a lot of new-music announcements, and I found even more in my Facebook news feed. There’s a risk that much of what I saw and heard will be overlooked, with many metal-oriented sites and blogs taking time off and many fans diverted from their phones and computers by holiday activities. So I decided, for the hell of it, to devote this Christmas Eve round-up exclusively to news and music streams that appeared (or that I discovered) for the first time yesterday.

Mind you, what follows isn’t everything I noticed, or even everything I enjoyed. I’ve made these selections to provide diversity of sound, and I’ve saved a few nasty things for tomorrow because NCS always does its best to reduce Christmas Day to a smoldering ash heap — praise and glory to Sol Invictus! END_OF_DOCUMENT_TOKEN_TO_BE_REPLACED 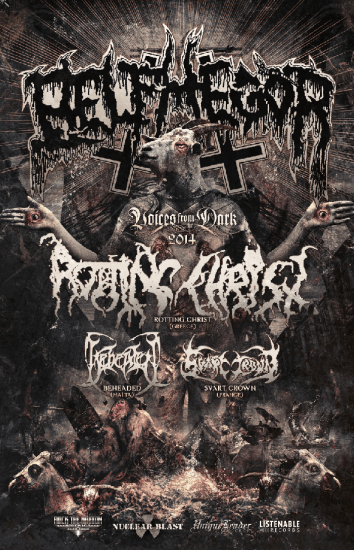 Well, well, here’s some just-announced tour news that gave me a thrill: This fall Belphegor will be headlining the Voices From the Dark 2014 tour in North America and will be accompanied by Rotting Christ (Greece), Beheaded (Malta), and Svart Crown (France). That is one insanely solid line-up.

The schedule is after the jump… and that’s all I have to say about this. END_OF_DOCUMENT_TOKEN_TO_BE_REPLACED 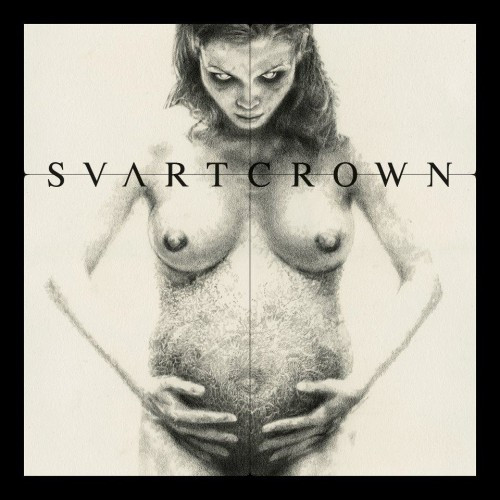 (Andy Synn reviews the latest album by French metal band Svart Crown, which is out now via Listenable Records.)

“Heavy” is one of those recurring words we all like to use when talking about metal. It brings with it connotations of thunderous power and crushing force. Beyond this it can be used to suggest the sheer density of an album’s ominous atmosphere, or the bruising emotional weight it carries.

Sometimes it’s misused. Something simply being loud or well-produced is not the same as being really heavy – or at least, it’s nowhere near the same realms I’m talking about here. I can’t help but smile when I see others refer to certain albums as “really heavy” – whether they’re talking about the current big thing in metal, or even waxing lyrical on the supposed substance of the latest indie darlings – because I sometimes think we’re not even using the same yardstick to measure by.

I discovered this German band in the spring of 2010 and wrote a review of their then-current album Procella Vadens (which is superb), except I wrote it as if Suffocation’s Frank Mullen were writing the review. Seemed like a good idea at the time. END_OF_DOCUMENT_TOKEN_TO_BE_REPLACED

There are 22 tracks in all. After the jump, you can check out the full track list and get the download link. END_OF_DOCUMENT_TOKEN_TO_BE_REPLACED 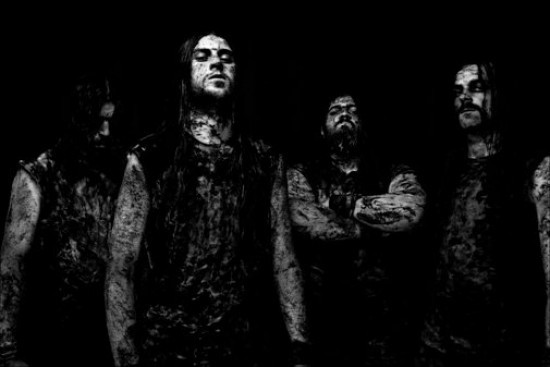 I discovered a French band called Svart Crown more than a year ago when I reviewed their second album, Witnessing the Fall. I compared them to a joint venture between Immortal and Immolation. Since then, the band signed with Listenable Records, which put the album into wider distribution. It’s still a damned strong listen.

This morning I saw that the band have released an official video for “Into A Demential Sea”, one of the songs from Witnessing the Fall. To crib from my review (since I’m too fucking lazy to come up with any new phraseology), it’s “almost experimental in its combination of raging guitars, complex drumming, and sharp rhythm breaks that cause the song to trudge with death-doom chord progressions.”

But more importantly, it will trigger the old headbang reflex, which is a reflex that needs to be triggered often, so that you don’t get fixed-neck syndrome, which is a precursor to tight-sphincter complex and stick-up-the-ass disease.

And in other welcome news, an Ulcerate-Svart Crown European tour has been announced for February 2012. I say “welcome” because I’m trying to be happy for our European readers. I myself do not find this news welcome, because, since I can’t go to any of these shows, the news simply makes me jealous and slightly miserable because of my loss. I’m going to console myself by watching this video again. It’s after the big goddamn tour poster which immediately follows the jump. I hope all you Euro motherfuckers are happy. END_OF_DOCUMENT_TOKEN_TO_BE_REPLACED 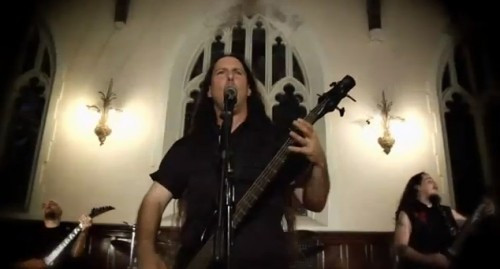 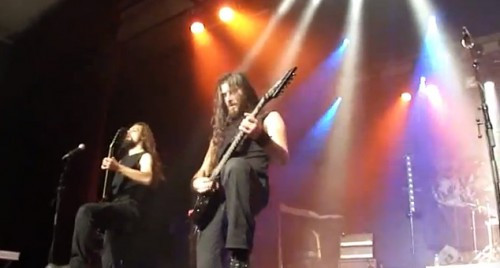 The other video is a French band called Svart Crown playing two songs at the Evening of Metal Festival at the Salle Aragon in Saint Dizier, France on October 8. I discovered this band almost exactly one year ago when I reviewed their second album, Witnessing the Fall. Coincidentally, I compared them to a joint venture between Immortal and . . . Immolation. I still fucking love that album, and finally, through this video, I now get to see Svart Crown put a skull-creasing beatdown on a live audience. Vidz after the jump. Death fucking metal. Fuck yeah, as they say in French. END_OF_DOCUMENT_TOKEN_TO_BE_REPLACED