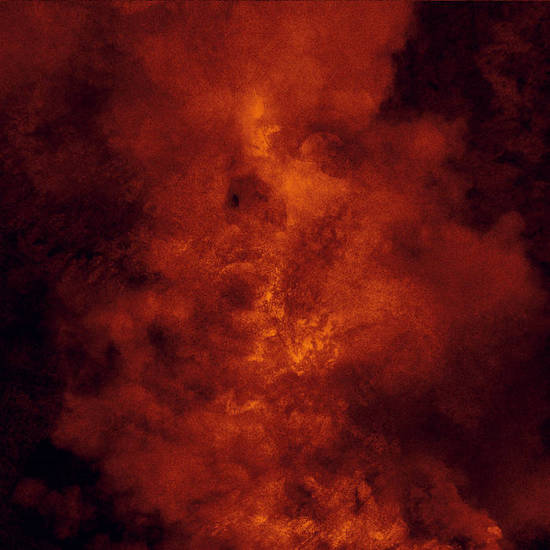 (NCS writer DGR has been on a roll, clearing out a backlog of reviews, and our plan is to publish them on a daily basis this week. We begin with his thoughts about the final recording from the French band Svart Crown, which was released in June by Nova Lux Production and Les Acteurs de l’Ombre Productions.)

In all honesty the events that took place after the release of Svart Crown‘s newest EP Les terres brûlées kind of took us aback when it came to writing about it. Granted, we were already late on reviewing it because it arrived in the post-MDF/pre-NWTF hangover period, but who would’ve guessed that in the time since its release the group would hang it up two weeks later? Yet here we are, now almost two months since its release, and the world is less one Svart Crown project.

Thus, writing about Les terres brûlées now is a little strange because it feels partially like we’re going to be praising the band for recognizing that it was time to call it quits and partially mourning the potential that Les terres brûlées promised, since the four songs and cover track here are some of the more ferocious material within the Svart Crown playbook.

Wolves Among The Ashes may have been divisive among the writers here (I enjoyed it, Andy ranked it as ‘disappointing’), but it’s hard to imagine anyone making it through even just the first song of this final EP without becoming convinced that Svart Crown sound absolutely mean this time around. 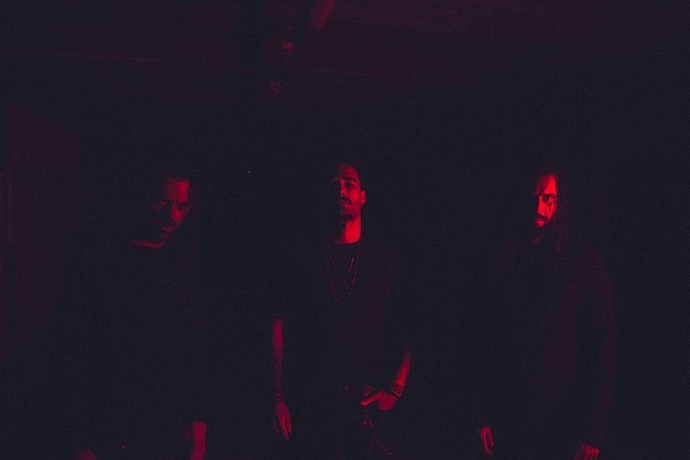 If there was any question about Svart Crown‘s intent to make music that sounds like the abstract fire and smoke portrayed on the EP’s cover art, opening song “Geoulah” effectively atomizes that doubt. The track is more upfront and aggressive than much of the more chunky and groove-oriented material on Wolves Among The Ashes, tossing aside any sense of subtlety in favor of songwriting via sledgehammer. Not only that, but founder JB Le Bail saw fit to call in reinforcements throughout the EP, and “Geoulah” features a guest spot from Vitriol‘s Kyle Rasmussen, because if you were afraid a song wasn’t going to sound angry enough, why not get help from someone whose band effectively exists at perpetual nuclear meltdown?

“Geoulah” is a depth-charge of an opening track and one that makes the purpose of Les terres brûlées clear by the time it wraps up. Svart Crown want to leave nothing but smoke and ash behind on this EP, and if they had decided to just write a song like “Geoulah” five times, that would’ve been job done right there.

Svart Crown do take the time to get more avante-garde with their death metal in the longer songs on this EP. The title song “Les terres brûlées” and closer “An Open Heart” are both opportunities for the band to stretch their wings before finally wrapping things up. “Les terres brûlées” is all big, swaying, dramatic motions that cross into anguish at times. The song moves from slow-motion to suffocatingly heavy over the course of its six minutes, and while the song before it may have been the world being scoured by fire, this one makes sure to wrap up any of the aftermath by stomping all over it.

The opening two songs of the EP are just one lobbed molotov after another. The moment in the middle of the title track where the band actually quiet down for a bit feels like a kindness before you realize you still have another three minutes left of Svart Crown destroying everything around them left. “An Open Heart” plays in a similar playground but in its attempt to close things out it leans even heavier into the atmospherics, and likewise, cranks on the heaviness lever as well. Much of the ‘bulk’ of this EP comes from those two songs and those two almost make the EP worth the price of admission by themselves.

Yes, there is a Converge cover in the mix as well. This is where yours truly admits he is a flaming idiot for letting the fact that the song sounded so gosh-danged familiar for the first few listens drive him insane, before finally putting two and two together and realizing “Cavalier Noir” translated to “Dark Horse”. Svart Crown actually play the song pretty straight, save for the fact that they’ve somehow made it thirteen seconds faster and equally more batshit than a song that already sounded like an angry hornets’ nest. But it’s also playing to the personal cheap seats because “Dark Horse” is one of the Converge tracks I really enjoy. Having it pop up amidst the wall-to-wall strangulation that is the rest of this EP is an interesting turn, but we’re not going to act like its inclusion isn’t appreciated. It keeps things cranked up a bit among the brutally heavy tracks that are also present here.

Hindsight has made it so that Les terres brûlées has become an unforeseen final act for Svart Crown – for now, anyway, because bands do like to get back together ages down the line – but it’s a good closing chapter. It is five songs united by a straightforward death metal ferocity that is great for EPs like this. A short burst that is designed to level everything before it and then moves on with its day. Les terres brûlées does that and it’s a good signing-off point for Svart Crown, perfectly matching the cover art chosen for it and, if nothing else, leaving behind the impression of heavy as hell destruction as this chapter comes to an end.