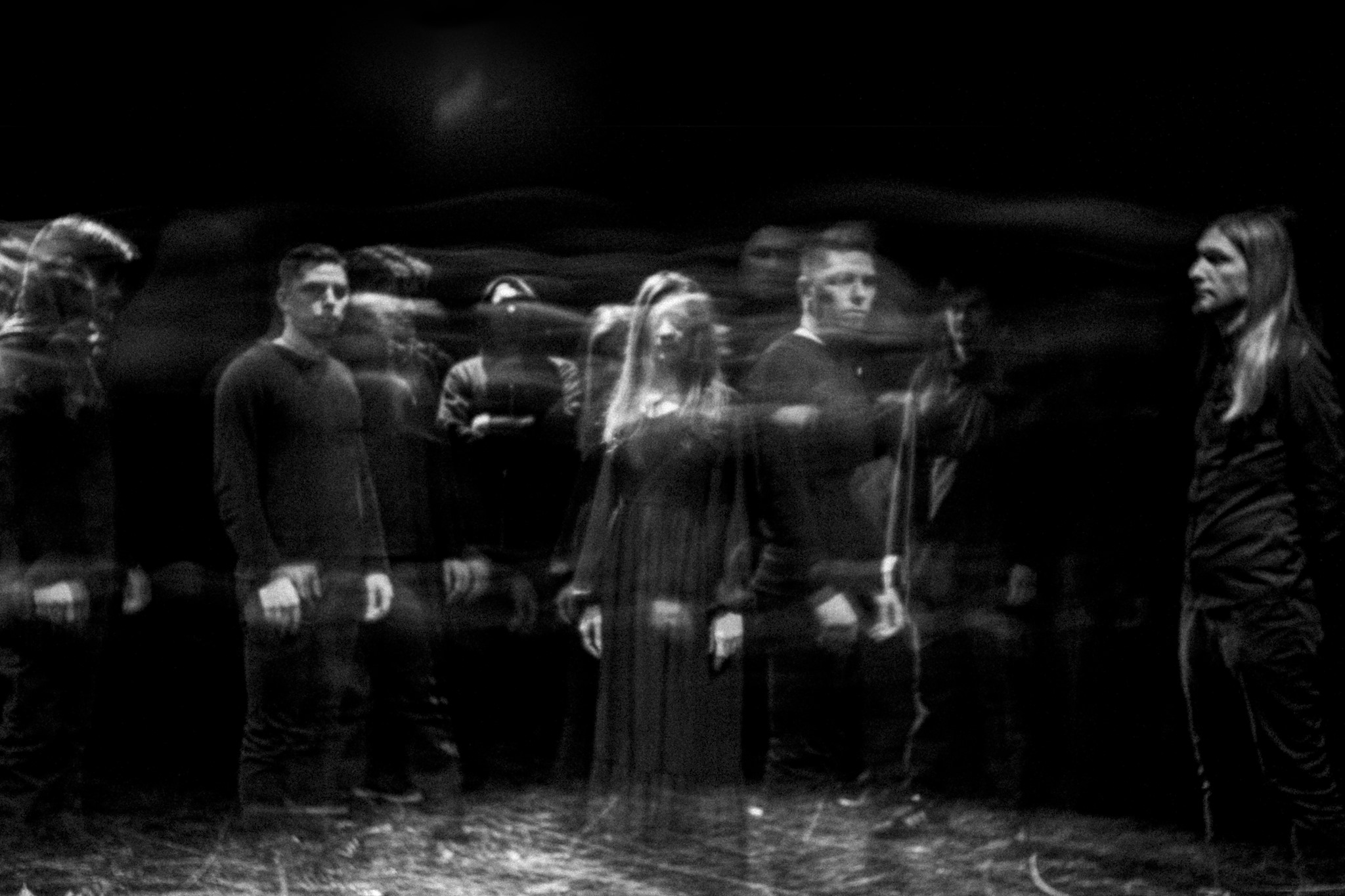 Romania’s Katharos XIII are a band I’ve been wanting to cover here for quite a while.

But, as you might have guessed already (especially if you’ve glanced at the “Recommended for fans of…” section above) they’re not the easiest band to write about, as their diverse yet distinctive sound is hard to compare to other bands.

Sure, I’d say fans of White Ward‘s sax-infused savagery or Deadspace‘s anguished extremity will most likely find a lot to appreciate here, and the doomy ambience and dramatic clean vocals prevalent in their most recent work will surely appeal to fans of bands like Sinistro and SubRosa, but the fact is that Katharos XIII aren’t easy to put into a box… and that’s a big part of what makes them so good.

The band’s debut album was more firmly entrenched in Black Metal than their later, more experimental, works would become, but even at this stage they were far from just a “typical” Black Metal band.

The opening title-track, for example, is ten minutes of gloomy voice-overs, lilting melodies, and rugged, rhythmic riffage, that flirts with both proggy overtone and DSBM overtones, while “Tablouri de Toamna” is an altogether heavier and more aggressive piece of semi-symphonic Black Metal comparable to early/mid-period Deadspace.

“Vacuum Tears” is a song of two distinct, yet interwoven, halves, beginning as a moody, doomy piece of slow-burning despondency, before transforming into a much more abrasive example of riff ‘n’ blast-driven Black Metal that showcases an even more visceral and extreme version of the band than we’ve seen (or heard) so far.

“The Book of Life” is is eight-and-a-half minutes of sombre, sorrowful melodies, liquid, soaring leads, and blistering distortion, all topped off with some truly anguished and venomous vocals, that might just be the best track on the album due to the way it simultaneously scratches at your ear-drums and pulls at your heart-strings, after which cathartic closer “The Shotgun Dreams” ups the heaviness and aggression levels once more, before collapsing into an eerie, unsettling outro of twisted music box melody.

It took the band six years to deliver their second album, but the improvements – in performance, in production, in songwriting – are immediately apparent on opener “XIII” whose eloquent layering of melody and menace, metallic power and mournful prog, finds the band hitting harder, darker, and doomier than ever.

The title track continues to find Katharos XIII continuing to sound bigger, bolder, and more bombastic then before, with even the song’s coldest and calmest moments displaying more depth and nuance while still providing a rich and rewarding contrast to the track’s raging riffs and ravaged vocals, after which “No One Left to Lead the Way” offers up just under six-and-a-half minutes of dark, doom-laden momentum and heavy, haunting atmosphere.

“The Chains are so Beautiful” is a bleak and brooding piece of melancholy, mid-paced Prog-Metal which serves both as a welcome breather and an opportunity for the band to showcase some of the more subtle intricacies of their sound – though, don’t worry, it makes time for a suitably massive, metallic explosion about two-thirds of the way through too –  while “World’s Coffin” is all about the chunky, churning riffs and seething, blackened fury (with just enough proggy, noir-ish touches to sweeten the deal just right).

The miserable majesty of “I Die Everytime I Walk This Path” has a real Agalloch-esque feel to it, switching from gloomily atmospheric to doomily metallic over the course of just over twelve sombre and soulful minutes, leading into the climactic strains of “Inside” which concludes the album with a vicious display of venomous, hook-heavy Black Metal that doesn’t pull any punches (not even during its quietest moments).

The band’s third album saw them making some big changes, both to their line-up and to their overall sound, all of which becomes obvious almost immediately during ominous opener “Vidna”, where the blend of jazzy instrumental intricacies and the gorgeous clean vocals of new member Manuela Marchis showcase a huge evolution for the group.

Don’t be mistaken, the band haven’t totally abandoned their blackened roots by any means – both “Vidna” and its even more extravagant follow-up, “To a Secret Voyage” contain key moments of heaving riffs and harsh vocals amidst all the gloaming ambience, swirling saxophone, and fluid, flowing bass lines – but there’s no denying (especially in hindsight) that Palindrome signifies the beginning of a whole new era for the band.

This is particularly apparent on “Caloian Voices”, which fully embraces the post-metallic, noir-infused vibe of the band’s new era in a manner reminiscent of the very best of latter-day Katatonia/Sinistro/Oceans of Slumber, while even the album’s “heaviest” track – the dramatic, doom-laden, and drum-driven “No Sun Swims Thundered” – has a distinctly different flavour to the band’s earlier work(s).

Closing with the simmering slow-burn of “Xavernah Glory”, whose nimble acoustic notes provide the perfect backdrop for Marchis’ sublime singing voice, Palindrome may not be the album people expected from Katharos XIII, but it’s most definitely the album the band needed to make.

The band’s fourth album, released at the tail-end of last month, continues down the more progressive and atmospheric path they began walking on Palindrome, but also brings back an extra dash of doomy heaviness, as demonstrated by the crashing drums and clashing chords which begin “Neurastenia”.

This heaviness is, of course, balanced out by an even heavier synth and ambient presence, as well as some impressively nuanced and proggy instrumental work, after which “The Golden Season” doubles-down on this more aggressive vibe by dropping some chunky, rhythmic riffs, punchy, driving drums, and harsh, abrasive vocals (as well as some surprisingly soulful male clean vocals) in addition to an array of expressive ambient and atmospheric touches.

With “From the Light of Flesh”, the band err back towards the more sombre sound of Palindrome, allowing the stripped-back synths, soothing saxophone, and contemplative clean-sung melodies to take the lead (right up until the song’s powerful, Post-Metal climax), before the enigmatic ambience of “Okeanos” brings the album to a pensive and poignant close which practically demands that you spin the whole thing again!