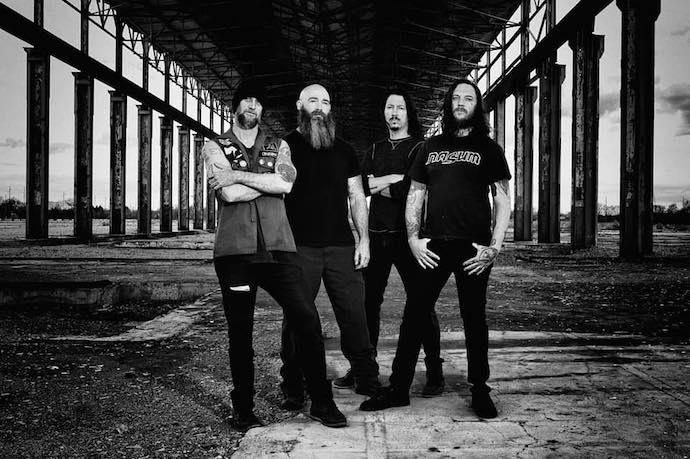 In case you’ve been living under a rock, you may have missed the stellar news that in May of this year Indiana’s Demiricous released their first new album in 15 years. Fittingly entitled III: Chaotic Lethal, it finally follows up a pair of full-lengths released in 2006 and 2007 — I: Hellbound and II:Poverty, respectively — which were both released by Metal Blade and sky-rocketed the band’s name.

Our writer DGR has already given Chaotic Lethal a lavish review here, one that underscores how well Demiricous have picked up where they left off, as if so much time had not passed at all. 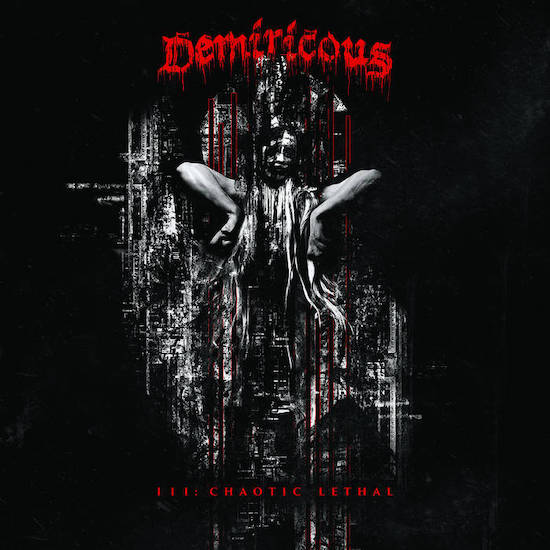 “With all of those elements in play and the core of Demiricous still sounding stunningly like how they did way back when they first put out Hellbound and Poverty almost back-to-back, its interesting that III: Chaotic Lethal holds up just as strong. If anything, now that we’ve been through a couple of cycles of thrash-revivalism, it actually holds up a little stronger. It’s a good mark for the band to have gone beneath the ground as long as they did and then to show up again and have the newest release hit just as hard as when they were first putting out albums”.

Today we have a vivid reminder of just how strong the album is, courtesy of a compelling video for a compelling song named “Smoke Chaser“. 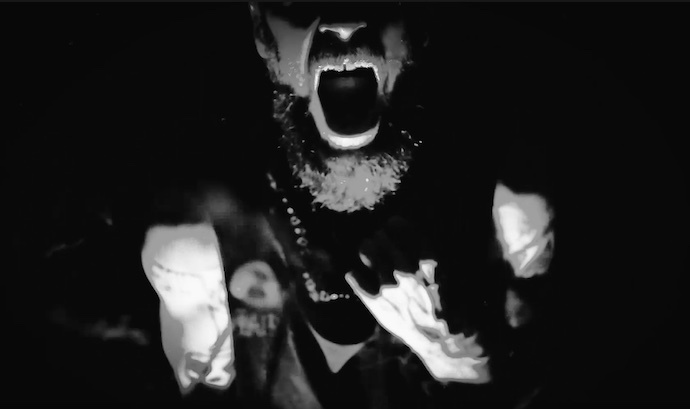 In a nutshell, “Smoke Chaser” is an explosive thrill-ride — fast-paced and furious, jam-packed with changing riffs and head-smashing beats, and further adrenalized by white-hot vocal savagery. The drums gallop and blast, expel double-kick flurries and methodically chop at your neck. The guitars dart in glorious fevers and jitter in extravagant manias, backed by equally fleet-fingered bass lines. The vocals scorch, and brazen gang yells make the song even more riotous and hook-filled.

But in addition to giving us a flaming thrash-fueled race, Demiricous also bring in riffs that create dark moods of tension and fear, menace and despair. And to cap off an electrifying song, Ben Parrish executes a guitar solo that sends the music soaring to a spectacular zenith.

A track this good deserves a great video, and thanks to David Jaggar, who conceptualized, filmed, and edited it, the song gets one. Filmed from multiple angles in smoke-shrouded black and white, edited in a fast-cutting fashion that amplifies the music’s ferocious energy, and with flashes of mysterious and ominous imagery of another kind, the film matches up beautifully with the song. See and hear for yourselves:

Below we’ve included a full stream of Chaotic Lethal, because if you haven’t heard it, it’s highly unlikely you’ll want to stop with “Smoke Chaser“. You can pick up Chaotic Lethal now via Post. Recordings.