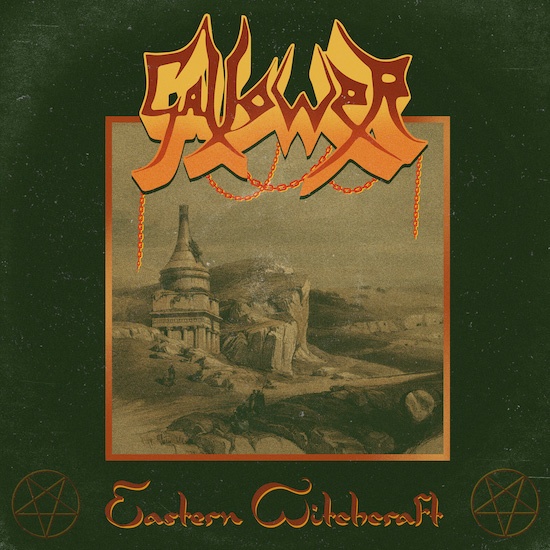 On July 29th Dying Victims Productions will release a new EP by the savage Polish sorcerers in Gallower. The band’s musical identity has already been well-established through a sequence of demos and splits and a 2020 debut album, Behold the Realm of Darkness. As Dying Victims accurately portrays, “Gallower incite a riot of violence that skillfully melds the Teutonic legendry of Destruction, Sodom, Kreator, and Violent Force with the first-wave black magick of Bathory, Hellhammer, Venom, and Japan’s Sabbat“.

The new EP is a five-song, 17-minute rampage that (to again quote the label) “emits strong vibes of early Bulldozer, Running Wild, Deathrow, and pre-Rick Rubin Slayer“. And thus it fortifies Gallower‘s reputation as black thrashing maniacs cloaked in an unearthly aura that merits the title of the new EP — Eastern Witchcraft.

One track from the EP has already surfaced, and today we’re presenting another. 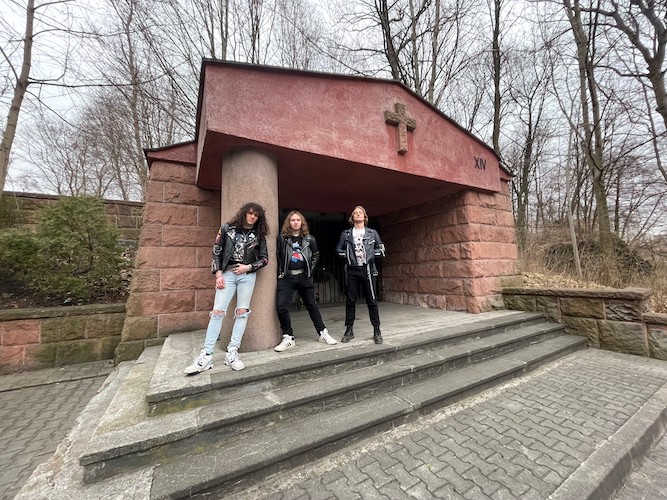 The title track “Eastern Witchcraft” lights the bonfire of the EP with rambunctious galloping and battering beats, squirming and screaming guitars, and maddened, teeth-bared howls that spit the words like bullets. The riffs ecstatically slash and sear, jitter and dart, and the song’s wildness is feral and ferocious, with a fret-melting solo spewing extra fuel on the flames.

That opening track is a dose of mosh-worthy mania that gets the blood pumping right away. It feels brawling and loose, with a primal urgency and infectiousness that pulls us in, but there’s also enough supernatural flavor in the reverb-ed vocals and the crazed fire-bright guitar work to make it seem “witchy” too.

From there, the appropriately named “Claws and Fangs“, which we’re premiering today, spins up the voltage dial even higher, with an immediate flurry of thrashing, speed-metal riffage and furious drumming, racing hell-for-leather while also whirling like a mad dervish as the drums batter and burst. An eerie solo swirls and echoes like a spectre in the midst of the tumult, and then the band surge again, giving it all they’ve got at blistering speed.

Dying Victims will release Eastern Witchcraft on multiple formats — MCD, black vinyl, bone vinyl, and digitally. The vinyl shipments will include insert, poster, sticker, post card, and download code, and the bone vinyl also includes a woven patch. Check out the options via the links below.