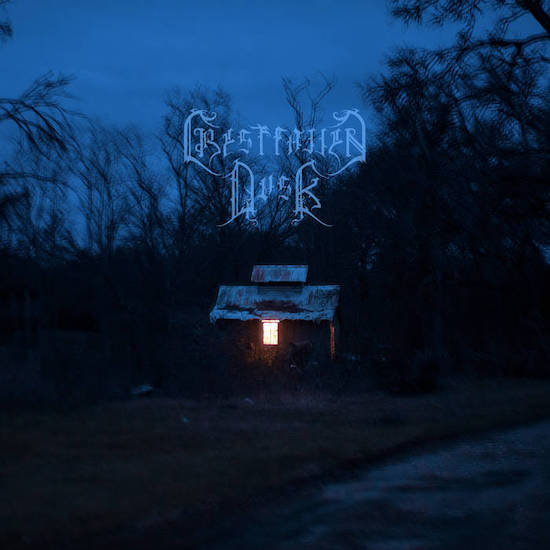 Great volumes of music flow through the back of this portal every year, and smaller but still significant volumes flow through the front of it in our daily recommendations for those who visit the site. The range of genres is broad, reflecting the divergent tastes of those who write here. In combination, our recommendations could be considered head-spinning both in their number and in their diversity. Yet despite that, some bands still stand out like beacons on a nightside hill.

In my case, one of those bands that continually drops my jaw like few others is the Tennessee group Primeval Well, whose fascinating amalgams of black metal and old country/folk music is unlike anything else out there. In reviewing the two Primeval Well albums released to date, I’ve spilled torrents of enthusiastic words about their music in an ongoing struggle to explain what it does and how it makes me feel.

And so when I learned that Primeval Well ‘s vocalist/guitarist Ryan Clackner (also in Vile Haint, Stump Tail, and Spintria) had embarked on a new project, I couldn’t wait to hear the music. He named that new project Crestfallen Dusk, and its debut album shares the name. I wondered how it might compare to Primeval Well, because it was logical to assume there must be some difference, else why begin a new project?

The complete answer comes today, because today we’re sharing a full stream of all six tracks in advance of its July 22 release by Moonlight Cypress Archetypes and Folkvangr Records.

A summation of the answer appears on the Bandcamp page for the record: “This album is an attempt at moving away from the country/ folk influences that are prevalent in some of our other black metal projects and into a reimagining of what black metal could be with a strong Hill Country blues influence, mainly harkening back to giants like Junior Kimbrough and R.L. Burnside. All rhythm guitars recorded on 1958 Fender Musicmaster through a 2000s Fender Reverb Deluxe”.

The Moonlight Cypress label adds these further thoughts: “Crestfallen Dusk is a complete reimagining of the Southern Gothic black metal style that is featured in Primeval Well, while also staying true to the black metal genre, and overall American Gothic avant-garde vibe of Moonlight Cypress Archetypes.”

But of course I have my own embellishments on those succinct and suggestive summaries.

Those Fender guitars do ring through, carrying the melodies, the drums thump and the bass pulses in simple old rocking cadences and lively gallops, and Clackner does occasionally sing in an electrifying wail whose bluesy, country roots are unmistakable, but the songs are coated in lo-fi abrasion, blast-beats erupt like machine-weapons, and the vocals are just as likely to scorch the senses as they are to spawn visions of honky-tonks. It’s definitely black metal we hear, but still very different from anything you’re used to, a true hybrid.

The piercing guitar melodies are themselves not entirely clean as they ripple and ring in the tone of scratchy old vinyl, but they vividly channel a range of sensations. They can sound like whirling and jumping dance-hall revels or eerie manifestations of sorcery, like fire-bright devilry under a big moon and gloomy moods under wet trees and within sodden minds, like confusion and catastrophe. At times they (or the keyboards) sound like blaring horns (or maybe those are blaring horns we hear).

Behind them, and sometimes submerging them, the blackened riffing often scathes and claws, and the bass rumbles like an avalanche, creating episodes of sandstorm violence and feelings of deranged desperation.

At the heights of intensity, the music generates bracing storms of sound, with lots of layers and moving parts, which are still definable despite the roughness of the sound. That happens most prominently in the longest tracks on the album, which become breathtaking instrumental extravaganzas, yet still incorporate kaleidoscopic tonal, tempo, and emotional changes as they go, with lots of spellbinding strumming and picking mixed in amidst bursts of fretwork lightning.

Honestly, it’s astonishing to realize how facile Clackner is in bringing those old, wide-ranging, bluesy influences into a framework of black metal, and how masterful he is as a a songwriter and performer, so much so that the album transfixes the senses all the way through. He handles vocals, bass, and keys, and is ably aided by drummer Sean Meyers (Gates to the Morning).

So yes, Crestfallen Dusk is different from Primeval Well, and the differences go beyond the important distinctions between Appalachian country/folk and Hill Country blues, but the end result is equally gobsmacking, equally distinct from anything you’ll find anywhere else, equally capable of carrying you far away from the mundane world.

Crestfallen Dusk was mixed by Ryan Clackner and Zac Ormerod (who also contributed to the lyrics), and it was mastered by Simon Da Silva at The Empty Hall Studio in Madrid. Larry Horn gets credit for the cover images.

Moonlight Cypress Archetypes will release the album on CD, and Folkvangr Records will release it on cassette tape. A vinyl edition will come later in the year via Ixiol Prod.