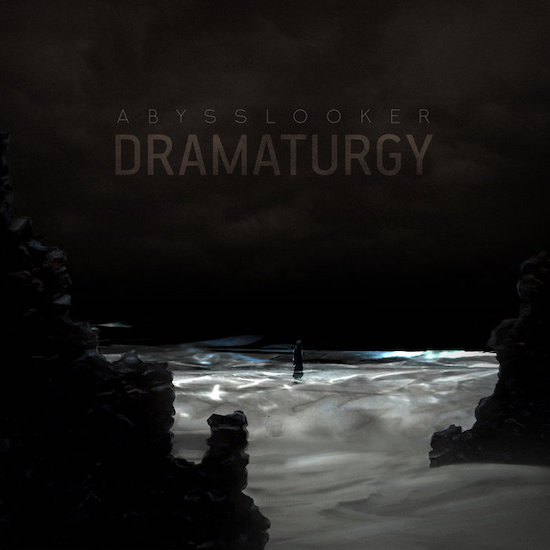 Last year the Russian band Abysslooker put out a single called “Maneater“, and it sounded like one. Hell, it was so heavy and hammering it felt like a mountain-eater.

The band combined that titanic pounding with riffing that relentlessly built feelings of tension and misery, plus an amalgam of spine-tingling vocals, which ranged from scraped-raw screams to ghostly crooning, abyssal growls, and maniacal laughter. Unexpectedly, the song also included an interlude of dancing acoustic guitar, mammoth bass grumbling, and gothic singing. A gripping guitar solo led the transition from there back into punishing heaviness.

Turns out that thoroughly riveting song was a prelude to Abysslooker‘s second album Dramaturgy, which is now set for release on July 31st by Symbol Of Domination. Turns out that “Maneater” isn’t the only heavier-than-hell track on that album, but the heaviness comes in different guises, as you’ll learn for yourselves through our premiere today of another one. 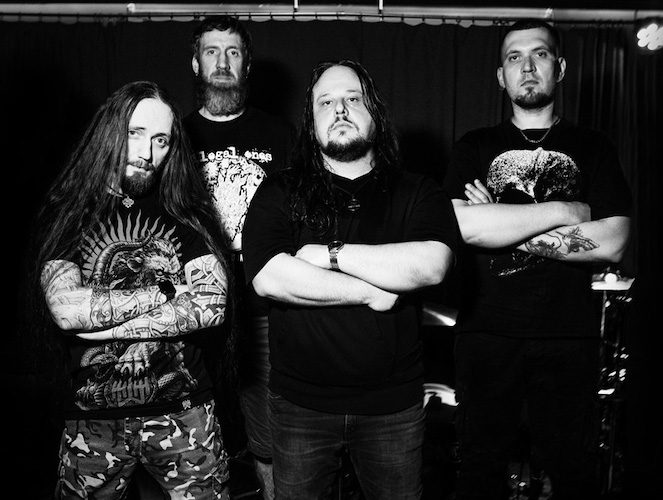 True happiness seems to be an alien concept in the music of Abysslooker. Dramaturgy is described as “an anthology of human pain and despair in six parts”, portrayed through an amalgam of post-metal and doom with a strong sludge influence, but with other unexpected accents in the mix, of the kind we got a taste of in “Maneater”. Those six tracks consume 51 1/2 minutes, and more than seven of those are occupied by the song you’re about to hear, “Chalice of Grief“.

This time, the unexpected comes early. Moody clean guitars echo above a punching groove at the outset, and then play off the rhythm section in proggy fashion, joined by clean-sung vocals that sound tormented. But of course things get heavier and more intense.

Those ringing guitars begin to sound more feverish, the chords begin to slash, and the rhythm section rumbles and slugs harder and harder. Vicious shrieks enter the frame, creating a duet with the pleading and painful tones of the clean vocals, which remain front-and-center throughout the song. The sonic intensity diminishes again near the end, but not the emotional intensity — those vocals become even more shattering.

The song isn’t as frighteningly disturbing as “Maneater”, but its grooves are powerfully head-moving, and the grief pours out of this chalice like blood from an open vein.

Symbol of Domination presents Dramaturgy as “a must-listen for fans of LLNN, YOB, Latitudes, Katatonia, and Amenra“. It was recorded in the fall of 2021 at Step by Step Records with the support of Sergey Kashcheev, and it was mixed by Vladimir Lehtinen at Blastbear Sound studio. The album’s cover art is the work of Drugaara Altera.

Check the links below for more info — and be sure to listen to the stream of “Maneater” that we’ve also included.