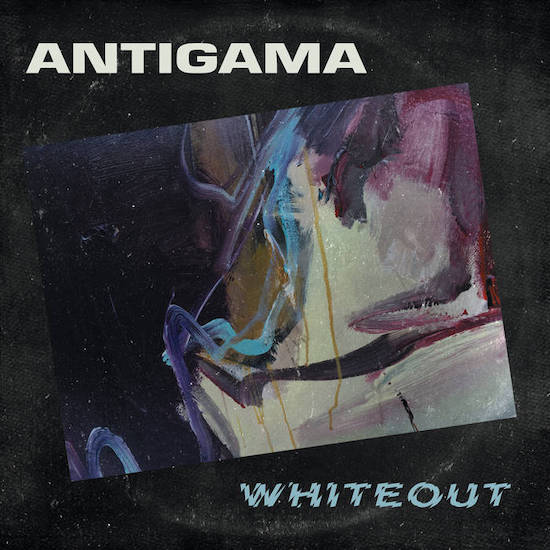 (Here’s DGR‘s review of a new album by the Polish band Antigama. It was released a few days ago by Selfmadegod Records.)

When discussing Poland’s Antigama one of the chief genre-descriptors applied to the band is grindcore. Antigama‘s songwriting style, ethos, and general blast-fueled approach are fully within that world, but beyond that people get more abstract because the term grind doesn’t fully fit them as well as it should.

There’s more to Antigama than that, and it’s where you’ll often see ideas like “futuristic” and “cybergrind” thrown around, due in large part to Antigama‘s chaotic musical nature. At first pass through any Antigama release it does sound like the group are caught in the midst of an instrumental hurricane, and it’s only afterward when you realize that much of what the band are doing is calculated and controlled.

Not only that, but it also sounds much clearer than most other bands in their genre-sphere. There’s a sharp and angular technicality to Antigama‘s style that is hard to replicate with a production style so clear that it’s scientifically sterile. Whereas many bands bury themselves in reverb, distortion and general noise, everything Antigama have done has been to justify all of that being there – not just something to add to the general atmosphere. Which is why the group’s newest release Whiteout – abstracted artwork and all – is exciting, because even though it’s been five years since the group’s last EP and seven since the last full-length, it is made very clear early on that the group still have complete control of the chaotic maelstrom of sound within. 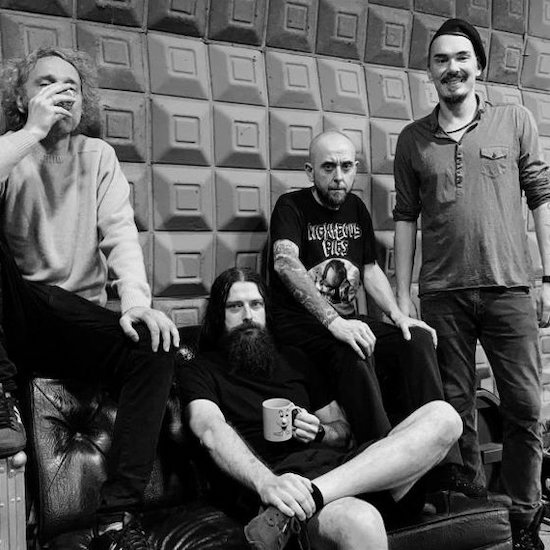 We’ve gone to bat for Antigama before. Prior to Whiteout, the group had been on record through splits, compilations, and the occasional EP release. If you go solely by full-lengths the gap between Whiteout and The Isolent is indeed about seven years – but it was with the release of 2017’s Depressant EP that we got really loud about liking the group.

It’s always been surprising that Depressant isn’t talked about more because it’s basically the Antigama sound condensed into a seven-song, sub-twenty-minute, movement of music that they unleashed upon the asylum that is heavy metal to shockingly good results. It had all of their hallmarks, ripping its way through punk, grind, and even one slower-moving sludge episode to kick out one of the more surprisingly strong releases of that year. Whiteout picks up right where Depressant left off and holy hell is that a good thing.

If there is anything reliable about Antigama when it comes to their brand of musical explosion it’s that there are always going to be a handful of songs that are basically blastbeat runs bordering on musical freakout. That’s been the band’s modus operandi throughout their career and it cuts just as sharp as it has on previous releases, which means that much of Whiteout starts with the intensity meter camped out at max and stays there the whole time.

The way the band jump between riffs and sections at the drop of a hat is jarring, in the way Wormed also write their music. It’s all so sudden and fast, yet so tightly controlled, that while it may seem like the band themselves are throwing their instruments around to see how many holes they can leave in the drywall, they are so calculated that those spastic movements start to feel like precise machinery.

They even follow something of an informal blueprint, with the first two songs “Underteminate” and “Debt Pool” being absolute Earth-scorchers and then song three dropping them into a punk and d-beat groove on “Holy Hand”. “Holy Hand” may be the first time on Whiteout when you’ll a song significantly changed, and it’s not the band attempting to throw your house off its foundation. They echo it again two songs later in “Disasters”, giving Whiteout a real strong circle pit dynamic in its front half before they blast things back into oblivion during “Unclear Conversations”. 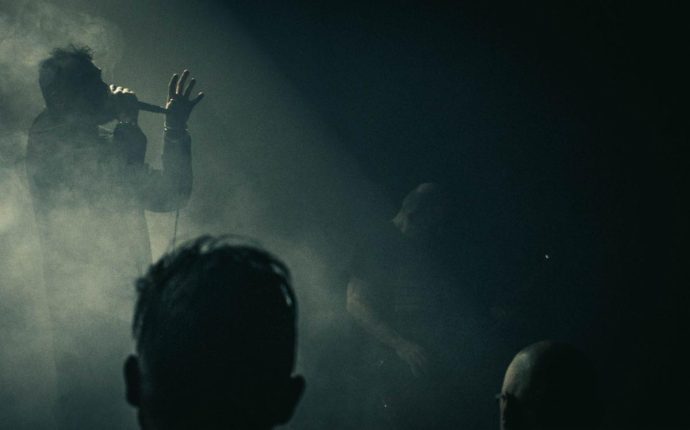 Much like The Insolent before it though, there is an appreciable sense to Whiteout‘s back half that the band want to be as weird and ambitious as possible. It’s what drove a lot of Depressant as well. Whiteout‘s adventurous tropes are more recognizable this time around, blunting the impact a bit, but it also saves us from saying that the longest track on the release is a spacey-keyboard freakout like on The Insolent. Instead, the band lose their minds from “Align” on to the end of the release, with its final conflagration being a saxophone jazz freeform mess of a song crashing headlong into Antigama‘s penchant to try and saw their instruments in half.

Yes, they can be added to the increasingly tall body-pile of groups who have utilized everyone’s favorite in-vogue instrument at the moment, but damned if they don’t do their best on “2222” to make that moment feel earned. You can’t even say that Whiteout was building up to it. Much in the same way other songs seem to burst into existence on Whiteout like our universe from the Big Bang, so too do the final moments of the album, and the whole event just ends with your head rattled and no real sense of where at all something like that might’ve come from.

Antigama exist in a genre where bands have careers that can exist for as long as one of their songs. Groups will explode onto the stage and disappear just as quickly. Antigama, having the career that they have had and really kind of flying under the radar – save for Meteor which grabbed some attention – the whole of their time speaks to their appeal. Whiteout is the group’s eighth full-length and it is stunningly good.

They largely play to their strengths on the new album, so while a lot of it may not be tremendously new, it’s how the parts shift and fit together this time around that makes it interesting. They’ve refined a lot on what has worked for them in years past. While Depressant may have felt like The Insolent condensed down into an even more explosive package, Whiteout sounds like the following explosion. It is stuffed with drumkit destruction, vocal snarling, and string sections being snapped, to leave anyone satisfied by the end of it. Much like other Antigama releases, you’ll likely be surprised by how well you were able to hang on throughout by the time things draw to a close.