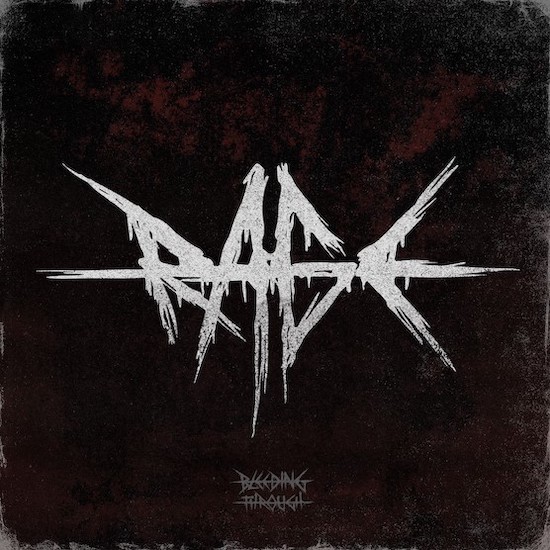 (Here’s DGR‘s review of a new EP by Orange County’s Bleeding Through, their first new music in four years and out now on Sharptone Records.)

The fact that this site’s roots grew out of an in-joke born from early-aughts metalcore is always an amusing one, especially given the many pathways into things way, way heavier that we’ve taken in the decade-plus since. Yet we – and especially yours truly – would be lying if we said we didn’t still have a soft spot for a lot of those bands. That was partially why we found ourselves so oddly interested in the resurgence of MTV2 Headbanger’s Ball-era dominating bands beginning a few years ago as a lot of them decided that would be the time within the nostalgia cycle to mark their returns.

A few of those releases were legitimately good – we’ll still go to bat for The Agony Scene’s Tormentor release – and the rest at the very least were solid returns to what you’d always expect for that style of band. Bleeding Through‘s 2018 album Love Will Kill All somewhat stradled the line between the two, wherein there were a handful of truly ferocious and jaw dropping songs but also many other that sounded like Bleeding Through getting used to being Bleeding Through again.

They played what they’ve always done, and weirdly enough it made Love Will Kill All play out like an unintentional career retrospective…run backwards. It started out with their blisteringly fast and heavily chugged-out death metal leanings that colored their later releases and slowly became the more brawny and breakdown-filled style that made them a hallmark of the early 2000s. It was a weird dynamic for sure, but also one that made it perplexing to know what Bleeding Through‘s gameplan was for the future. 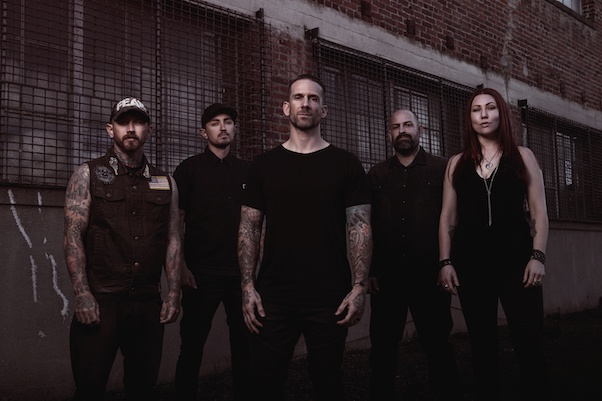 July 1st kind of answered that with the release of Rage. Signalled by one lead single – the title track – Rage is another three songs from the band that oddly enough has them sounding more comfortable in their skin as Bleeding Through than like a band trying to juggle the multiple plates of reintroducing who they are, trying to make a statement about why they were back, and also trying to hang with many of their heavy-as-all-hell contemporaries from nowadays.

Rage is Bleeding Through doing the Bleeding Through act again, and by dishing out only three songs, benefiting tremendously from it. Maybe theirs is a formula that is better in small doses before they try to break off in another direction, yet by the time Rage wrapped up almost ten minutes after it started it seemed the one thought here was, ‘You know, that was a pretty good amount of Bleeding Through‘. Focusing on three songs means that they had time to lean into three really mean tracks. Yes, they break the cardinal rule of having many a clean-sung chorus, yet it wouldn’t shock if Rage had more of what Bleeding Through fans were looking for than the return album did.

“Piss You Away” for instance is explosive and short, though many Bleeding Through songs are a procession of bludgeonings, one after the other. It’s a good way to open the EP, as it lays out the foundation for the whole nine-plus minutes to follow. They don’t break too hard from the formula laid out by “Piss You Away” but instead expand outwards from it, so while the songs may seemingly get ‘longer’ across Rage it isn’t by a tremendous amount. They stay within the three-to-four-minute range and instead the songs just become surgically neat takes on the beatings that Bleeding Through have often called songs. “Rage” may be one of the most Bleeding Through songs out there yet – if it weren’t for “No Friends” on Love Will Kill All – but that’s also the reason why it seems they close the EP out with it. They start fast, spell out what they’re going to do equally as fast, and then hammer it home in the closing song.

Bleeding Through continue to comfortably be Bleeding Through on Rage, yet as mentioned before, it’s actually in their favor on this EP. Rage‘s three songs are so honed-in that it’s almost scary. They’re the Bleeding Through formula distilled into three parts, the chief one still being a shockingly angry and explosively outward ‘take on the world’ attitude.

While this particular site may have moved into realms far more abyssal and heavy, it is still fun to go back to this. It almost takes the place of what ‘pop’ music might be in a regular world. It’s not going to intellectually challenge us, it is just one particular style that is inarguably catchy as hell, just mean enough to get the adrenaline rushing – Bleeding Through have always been on the heavier side of that spectrum – and also executed well enough that it appeals to the reflexive part of us that’ll just headbang along to a goddamn good groove.

Bleeding Through‘s return and their future may still be somewhat ethereal and nebulous overall, but Rage is a concrete-solid statement that they are still very, very good at their particular formula.