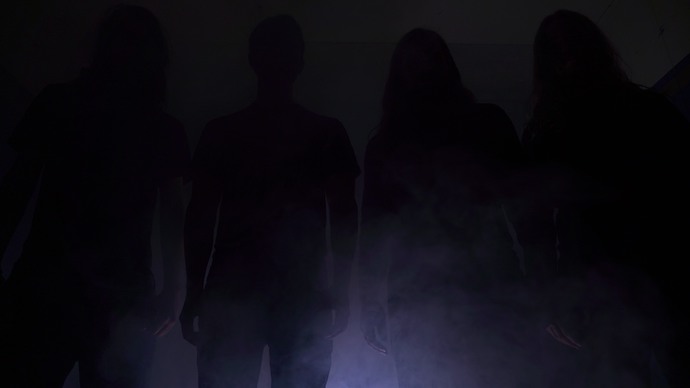 Here’s our conversation with John Hancock. Come and taste Void Rot with us.

Hi John! Void Rot’s new EP Telluric Dismemberment was released last month. How are you? What are your plans now?

Right now we are focused on preparing for our upcoming European tour with Everlasting Spew labelmates Burial in September. We’ll be starting off at Killtown Deathfest in Copenhagen and then working through Europe southwards to finish in Rome for the Death Over Rome Fest. Once we are back home, we plan to take a much-needed break and then focus on new full-length material.

Sounds like a plan! And Burial are cool company. What are your expectations from this tour? Did you do such big tours before?

Yeah we are excited to tour with Burial. Their debut release also through Everlasting Spew (Inner Gateways To The Slumbering Equilibrium At The Center Of Cosmos from 2021) is so good and the guys in the band are super nice. Mostly our expectations for this tour are to get on the road after nearly two years of not playing many shows. We’re excited to finally promote both Descending Pillars and now Telluric Dismemberment.

This is a first for us, both playing in Europe thanks to the gracious invitation from Daniel at Killtown Deathfest and the tour on its heels put on by Killtown Bookings and Death Over Rome aka Tito (of Everlasting Spew). 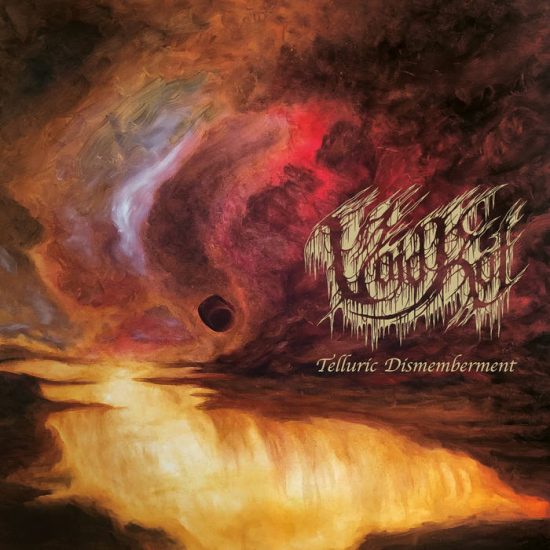 The new EP consists of the title song and an Amorphis cover. Why did you choose to release it? Do these songs mean so much to you?

Smaller releases are something we’re not shy to do – we have our debut EP and our split with Atavisma. I think these smaller releases actually work quite well for us. We’re able to sort of refine our songwriting and sound by focusing on a small piece, and in turn it makes the full-length that much more refined. If we had released a full-length right away as Void Rot, I don’t think it would have sounded the same as Descending Pillars did. Having Consumed by Oblivion and our split before there helped to hone in the sounds we achieved on the LP. Likewise, Telluric Dismemberment is doing the same for the new material we are working on. As for the Amorphis song, it’s just a fun death metal song. Who doesn’t love that?

Ah, really! But Amorphis is a quite unusual reference, why did you choose it for this release? What do you like in early Amorphis that others bands didn’t have?

Karelian Isthmus and Tales from the Thousand Lakes are two of my favorite death metal albums. There’s a really fun, catchy vibe from both of those records that really embraces everything about the whole Finnish death metal scene – which we absolutely love. It’s not overtly technical or fast or even that slow, but it just hits you. It’s heavy. “Black Embrace” also does a lot of things which Void Rot has never really done and we wanted to try some new things – d-beats, rock beats, a little more punk, a bit faster, some cool, weird effects. But at its heart all of those elements that you would call quintessential Finnish death metal are all hidden there. It really comes out when you are dissecting it, trying to learn the riffs. So it’s really a combination of a history trip and an amusement park, haha.

By the way, how do you see Void Rot’s music? Is it death-doom or slow death? I think this question is about your general influences.

I like the term slow death for Void Rot. We obviously occupy a lot of the same space as death-doom, and truthfully that’s probably just as accurate of a genre. But slow death implies taking death metal riffs or motifs and slowing them down. This is more close to how we approach writing a song or a riff. I think we have lots of parts that if you sped them up by 25-30% they would honestly resemble black metal more than anything. Lots of slowly churning, brooding atmosphere.

Death-doom isn’t the most popular genre in the world of extreme metal, but it always seemed that this music is more popular in the Old World. What do you think explains this difference in perception of the music in the US and Europe?

I think it’s an overall state of mind or feeling to be honest. In the US when thrash and then death metal became popular, a lot of that was a response to the ’80s and capitalism and commercialization, and was an act of rebellion in a lot of ways. But then in Europe you have a similar response, however it’s grounded in a much different head-space I think. A lot of the early Finnish death-doom you can tell is rooted in a somber atmosphere that’s just built off generations of that isolation or melancholy, if those are the appropriate words. It’s something that’s just innately different that stems from how and where people were born and their life experiences. It’s something that you can replicate but to actually create takes a lot more introspection.

I’m not sure if Void Rot has truly created something – but that was never the goal initially. All the work of ours to this point is really tying a ribbon on a love letter to the old and new death doom. We’ve learned and grown a lot as musicians and people, and with the new material we are working on, we’re purposefully digging deeper to find those kernels of creation so-to-speak. 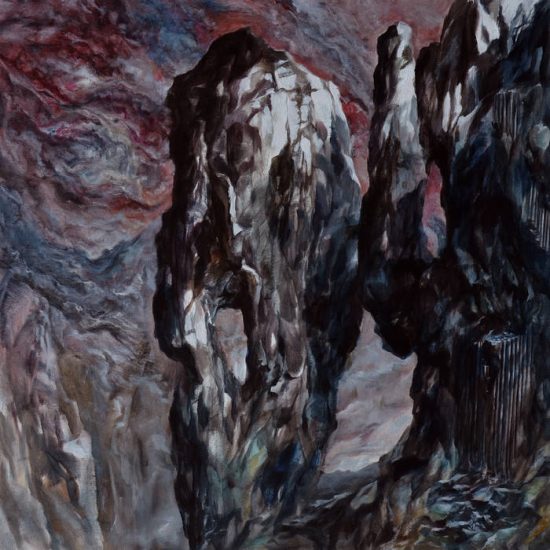 Your full-length album Descending Pillars was released two years ago. How soon do you aim to return to the studio?

Well, once we get back from tour in September, working on full-length #2 is the only focus. We’ve got a lot of it written, but between a few random shows and prepping for tour we haven’t had much time to actually play through them live and really hone in the little details. In an ideal world we’d be ready to enter the studio by the end of this year but I don’t want to hold ourselves to any deadline. I want to really think through these parts and hopefully that leads to creating something even more unique and thoughtful.

Descending Pillars was released by Everlasting Spew Records on CD and vinyl, and the label is known for its good taste towards things macabre and evil. Did you gain a feedback you expected to get after this release?

Any time someone responds positively to any of our music we are beyond thrilled. We were absolutely humbled when the initial pressing of vinyl sold out right away, it’s been very cool to see. We’ve since been able to play Total Death Over Mexico and then Killtown Deathfest plus a European tour this year, so I would say the reception to our music as a whole has been very positive.

“Death, Cosmic Chaos and Horror” are three pillars which hold Void Rot’s concept according Metal-Archives. How much of it is in your songs from your point of view?

I think for sure those things are what a lot of what Void Rot is about. There’s a very broad ethos around that Lovecraftian type of horror. We’re not necessarily out to prove some greater philosophical point, perhaps in future releases, but for now – cosmic horror is fun.

Do you draw inspiration directly from H.P.’s stories or is it something bigger? Just a concept plus your own imagination?

For us it’s really more a concept plus some of our own ruminations. At the end of the day the concept of being so small and helpless in a vast, terrible cosmos that has zero regard to you is certainly a deep concept worth exploring more and more.

Correct me if I’m wrong but it looks like death metal bands tended towards things “bloody” and “dead” when the scene started to bloom – you know those bands with “corpse”, “slaughter”, “massacre”, and “blood” in their names. Probably I didn’t note that before (I’m not a die-hard death metal fan) but now it looks like more and more bands tend toward the “rotten” tag. Just if they search for blessings from grandfather Nurgle. Why did you choose the side of decay?

At some point, everything dies I suppose, and we’re all just conglomerates of matter that will eventually dissolve into nothing. I think “rot” is a fitting word in that regard. As a band name “Void Rot” conjures that dissolution into nothingness and it’s I think a driving factor for the sound of the band. I read in a review one time that Void Rot is “exactly what it says on the box” and I think that’s a good thing!

And that’s a very precise definition indeed. So it’s a right time to stop before I spoil the interview with another filler question. So thanks for the interview, do you have a few last words of Void Rot wisdom? Bring it on!

Ha, I’m not sure if we have any real wisdom to impart – just a sincere thanks for the interview and to everyone who has taken the time to listen to our music! Cheers!