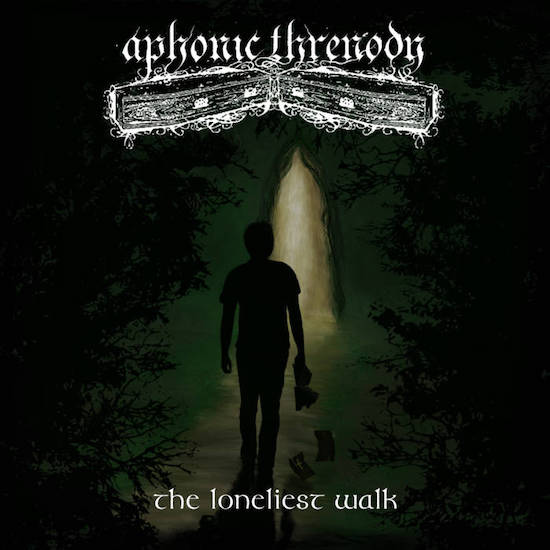 This is a rare weekday when we have no music premieres on the calendar, and thus I had some uncommitted time to use in sifting through the murky metal flood in search of other shiny nuggets. Coincidentally, it leads to the fifth day in a row when I’ve been able to pull together a round-up of new sights and sounds, creating our own flood. May you keep your nostrils above the tide.

For moi, part of the fun of these exercises is not just the process of making selections but the arranging of them. What comes first, what comes next, how to end? It’s as close as I’ll ever come to being a DJ. I wouldn’t be a very good one in any event, because the idea of enabling people to flow fairly smoothly from one thing to the next in a similar sonicsphere is usually uninteresting to me. Sometimes it’s more fun to create whiplash through abrupt shifts and jarring juxtapositions.

Aphonic Threnody never indulge any temptation for half-measures. The immense power of their funeral doom has proven to be unyielding, and so has the volume of the output. This year marks the third in a row to witness a new Aphonic Threnody album, following on the heels of The All Consuming Void and The Great Hatred. Moreover, those two were hour-long records and the one we’ll receive this year — The Loneliest Walk — is a double-album that’s almost 2 1/2 hours long. 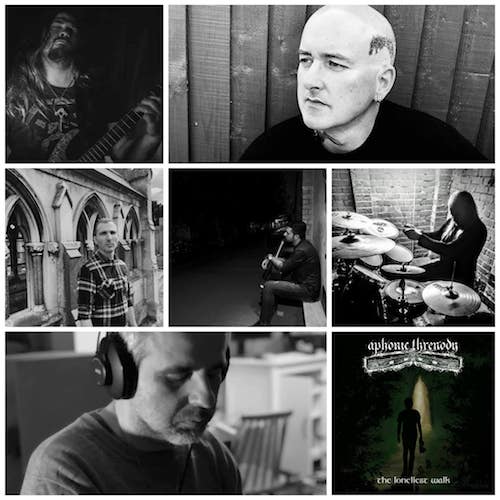 I’m not yet in a position to express any views about how the band have used such a massive amount of time in total, or whether it was a good idea to test the devotion of their fans in such a way after already delivering two hours of music over the past two plague years, but there’s no doubt about my willingness to find out, especially after listening to the first two tracks made public from this new sonic monument.

These first two tracks — “The Sun Will Never Rise” and “Condemnation” — are themselves massive, roughly 17 and 18 minutes long, respectively. As the track titles suggest, the lyrical themes pull no punches. They express emptiness, pain, abandonment, hopelessness, harrowing resignation, and a welcoming of death. They also express hatred and bitterness, and the desire for a peace that never seems to come.

The music pulls no punches either. It plumbs crushing depths of despair but hovers on the borderline of unearthly dimensions where fleeting glimpses of something more alluring wink in the darkness. It presents staggering, beleaguered marches led by cavernous and crackling voices, but high above, ethereal tones glisten and beautifully beckon.

The music pounds as well as moans, erects towering obsidian monoliths and weeps beneath them, becomes elegant and poignant in its wistfulness, and reveals visions of both desolate introspection and haunting splendor. In parts of the second track, fires of resilience and confusion also burn, and the music soars to magnificent but tormented heights as voices scream. Time passes, and it’s easy to lose track of the time, because these changing spells are so formidable.

The Loneliest Walk will be released on September 1st and it’s available for pre-order now (CD and digital formats). 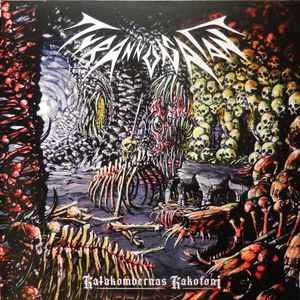 Sir Andy Synn (he knighted himself because who believes in monarchs any more?) thought I might like the music you’re about to hear. Before listening I mentioned to him that the band had a great name, and he said that’s exactly what drew him to this compact album.

Katakombernas Kakofoni isn’t “hot of the presses”, having been released last February by Jawbreaker Records (great name, that one, too), but for this column it’s a fine example of the “better late than never” adage.

Ripping black thrash is the name of Tyrannosatan‘s game. The core strength of their game derives from the electrifying savagery of their riffs and the scalding ferocity of the vocals, but the very first track, “Tyrannens Uppenbarelse (Tyrant’s Revelation)“, proves that the band are also capable of formidably creating sinister and hellish moods. That track, which is an instrumental, sounds both unearthly and imperious.

The songs are also anchored by interesting rhythmic interplay between a prominent bass and fast-changing drums, and accented by eerily scintillating and freakishly crazed solos, and the vocals aren’t monotonous either, but express their wildness in different haughty and harrowing ways. Further, there’s a degree of intricacy and adventurousness in the fretwork that’s not typical for most bands we encounter under the banner of “black thrash”.

Tyrannosatan also know how to rock hard, connecting to your reptile brain and making your head pump and your pulse pound, but do a damned fine job spinning your head too, switching up the tempos and rhythmic patterns and ecstatically throwing us into the midst of fiery instrumental carnivals. Hell, the whole record is an exciting carnival — feral but fiendishly ingenious — and one that doesn’t seem like it’s going to wear out its welcome. 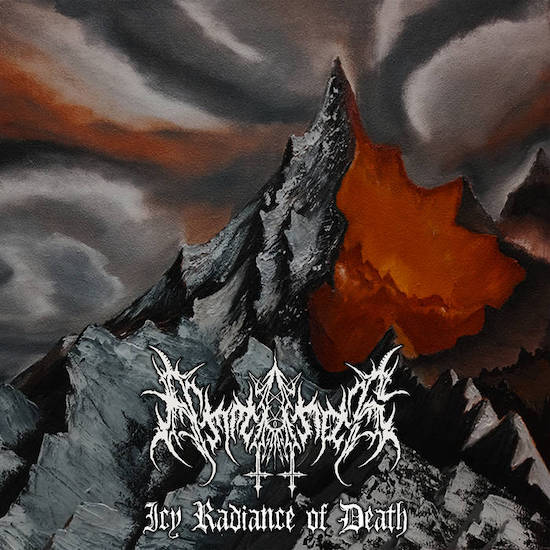 Now for one more whiplash before I close. This final song, “Icy Radiance of Death“, appealed to me because in some ways it seem to my addled brain to occupy a musical place in between the first two bands in today’s collection, even though it sounds nothing like either of them.

On the one hand, it channels desperate and daunting moods, through great waves of soul-shattering melody and vocals that growl and howl as if completely possessed by fury and pain. In addition, those towering waves of melody express such moods in ways that are vast, sweeping, and magnificent — it’s the kind of experience that sends your heart into your throat as it burrows into your mind.

On the other hand, the drumming is often ferocious — fast, blasting, and, obliterating — and the bass is a huge undulating and throbbing presence. Even when the drumwork snaps and chops at your neck, it’s thrilling. Near the end, the song becomes a nova of breathtaking sound, as if it weren’t already breathtaking enough.

As far as I can remember, this is my first exposure to the music of thius band from Vladivostok. I see on M-A that the band released a third album early this year, and that seems like a logical one to check out after hearing this track — which is a new single released in late June.