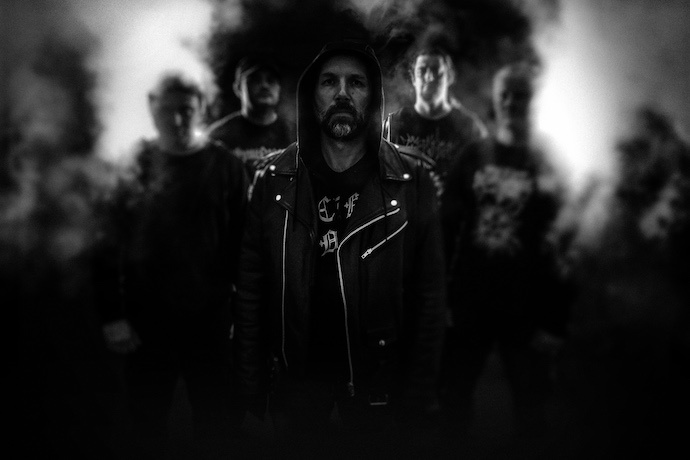 The Czech band Altars Ablaze began as the brainchild of Tomas Halama (of Heaving Earth) after his departure from Brutally Deceased. He approached other established musicians in the Czech extreme metal scene, and they coalesced behind a musical vision that sought a place between blasphemous death metal and militant black metal, with a desire to push that conception to the extreme but simultaneously to introduce the unexpected.

The bitter fruits of this vision are to be found in the band’s debut album Life Desecration, which is set for release on September 16th by the Czech label Lavadome Productions. Up to now two singles from the album have been released, and today we add a third one with our premiere of the song that opens the album, “For the Lifeless Love of a Crucified Corpse“. 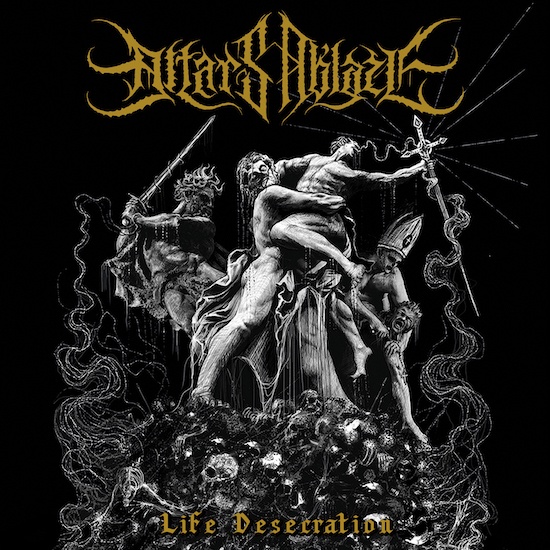 In this new song Altars Ablaze do indeed mount a take-no-prisoners assault, in a fusillade of blasting and hurtling drums, vicious grinding and contorting riffage, and maniacal growls and screams. But even in the song’s first brazen moments the guitars twist and turn, ejecting crazed siren-like wails that get stuck in the head damned fast.

As the full-bore intensity of the song continues, so do the twists and turns, through constantly mutating and often discordant fretwork that channels a kind of berserk and blazing ecstasy and bursts of surprising rhythmic patterns. The music inflicts crushing hammer blows and spits bullets, but the layered interaction of wild and wailing guitar leads seize attention over and over again — and they seamlessly morph the mood into one of feverish desperation and agony.

Even as the change occurs, madness still reigns within a sonic maelstrom, but that subtle reconfiguration of the song’s emotional through-line from violent delirium to confusion and pain makes an already impressive song even more impressive. Moreover, the band’s technical skill is a match for their compositional inventiveness, and thus although the music is indeed brutal and bestial, it would be a mistake for those inadequate adjectives alone to be used as the signposts for the album.

Life Desecration was created with the aid of Chris Erkens of Cyphx Audio (Cambion) handling the mix and master, and it features artwork by Belial Necroarts (Concilium, Fustilarian) and a logo by Christophe Szpajdel.

Lavadome Productions will release the album on CD and Digital formats, and you can find pre-order links below.

We’re also including streams of those two previously released album tracks, “Glorification of Rats” and “Drenched in Wrath and Blood” — which confirm that Altars Ablaze have done something special on this new album, something that will strongly appeal to tastes for black/death extremity but will also give your heads a swift spinning. Mad and marauding, yes, but quite memorable too. 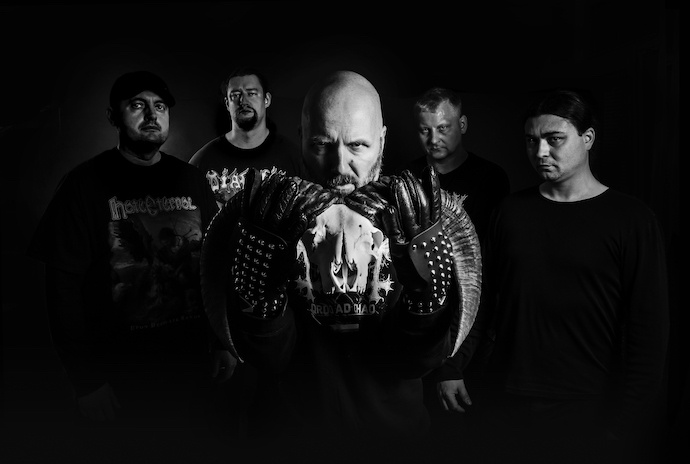 One Response to “AN NCS PREMIERE: ALTARS ABLAZE — “FOR THE LIFELESS LOVE OF A CRUCIFIED CORPSE””