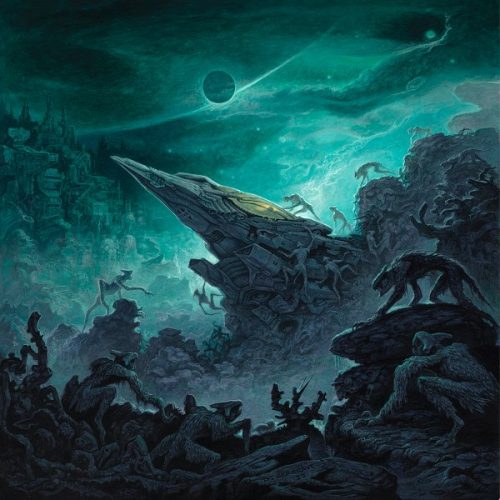 (Andy Synn has not forgotten Becoming the Archetype… but will his faith be rewarded?)

Be careful what you wish for… that’s what they say, right?

And, let me tell you, I’ve been wishing and hoping for a new album from Becoming the Archetype ever since the group (at the time a very different entity from the one they started as) disbanded nearly ten years ago.

Well, now it’s finally here, reuniting the core trio of Seth Hecox, Jason Wisdom, and Brent Duckett, for the first time in over a decade, and it’s fallen to me to tell you all about it. And I’m not sure I’m ready.

But I’m going to try my best. 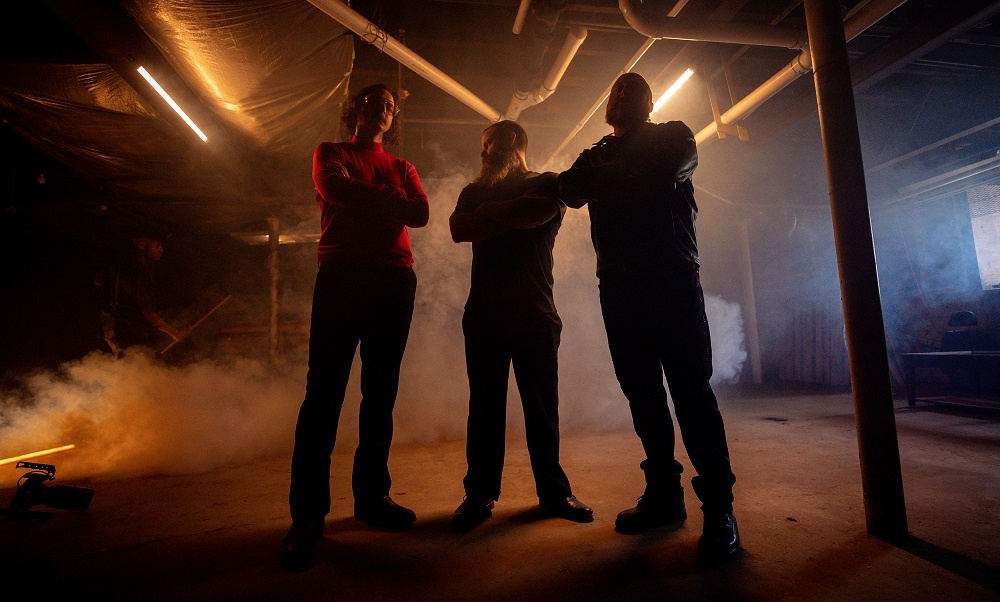 When the band said that Children of the Great Extinction was, in many ways, a summation of everything they’ve ever done, they most definitely weren’t lying, as there are bits and pieces, from subtle shades to bold highlights, of pretty much all the group’s different albums and eras to be found here.

But, as I’m sure you’ll be pleased to hear, the band’s big comeback is neither a navel-gazing nostalgia trip nor is it the desperate grab-bag of disjointed ideas it might have been in lesser (and less confident) hands.

Rather, it’s an organic amalgamation and evolution of ideas and influences drawn from across most of the trio’s history together (with a heavy overarching influence from Dichotomy, right down to the album’s allegorical sci-fi storyline) which finds every element of their signature sound – Jason Wisdom’s humongous roar, Duckett’s hard-hitting rhythms, Hecox’s subtly technical, shamelessly hooky riffs – operating at peak efficiency.

As such, there’s an argument to be made that not only is there “something for everyone” here – from the gleaming melodic might of opener “The Dead World (which picks up almost exactly where Celestial Completion left off) and the powerhouse Prog-Death of Terminate Damnation/Physics of Fire era throwback “The Remnant”, to the extravagant, everything (everywhere) all-at-once symphonic excess of climactic closer “The Sacrament” – but it might also be the band’s best work yet.

Obviously, that’s always going to be a contentious statement. But what’s not going to be contentious is this: BtA were always that little bit ahead of the curve, and a little bit ahead of their time – even if they’ve never gotten the credit they deserve – and songs like the outstanding “The Lost Colony” and the bombastic “The Hollow” serve as a welcome reminder that more celebrated acts like Black Crown Initiate and Fit For An Autopsy owe a fair (and largely unacknowledged) debt to the Archetype boys.

Of course, if I’m going to be brutally honest then I should acknowledged that …The Great Extinction isn’t totally without flaw – I’m still torn on whether or not “The Calling”, for example, is thrillingly complex or unnecessarily convoluted, and there’s no question that the album’s heaviest track, “The Curse”, suffers a little bit by feeling out of place in the track sequence – but even at its worst this record is better than many other bands’ best.

Now, that may sound like hyperbole – and maybe it is. Truth be told, I may be too close to this album to be able to rate it as objectively as I probably should (even though I’ve not shied away from making a few criticisms here and there if I felt they were warranted).

After all, these guys were (and continue to be) one of my biggest influences and inspirations, so you may want to take what I’ve written here with a dash of salt and a sprinkle of healthy scepticism.

But I stand by it. And in a little over a week you’ll be able to decide for yourselves whether I was right or not.

Copies of “Children of the Great Extinction” are available now for pre-order from the band’s BigCartel store.

9 Responses to “BECOMING THE ARCHETYPE – CHILDREN OF THE GREAT EXTINCTION”