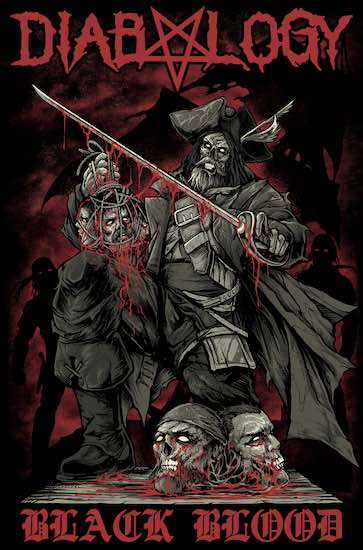 With a band name that refers to the study, theory, and doctrine of devils, we would expect nothing less than devilish music from them, and Los Angeles-based Diabology deliver that in spades on their forthcoming sophomore album Father of Serpents.

With thrash as their backbone, Diabology flesh out their new album by drawing on a mix of other genre ingredients — not in some scatter-shot, “we can’t figure out what we want to be” kind of way, but with the kind of focus and self-assurance one might not expect from a relatively young group. The songs are electric and vividly dynamic, but cohesive — and of course fiendish. We have a prime example in the piratical track we’re bringing you today — “Blackblood“. 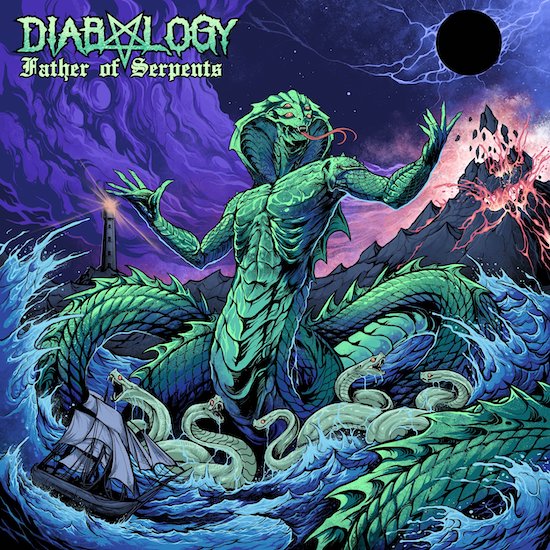 The band’s founder, lead vocalist, guitarist, and bassist Jesse Bergman (accompanied on the album by guitarist Jack Kleinman, who also performs bass on two tracks, and drummer/backing vocalist Matthew Morales) tells us this about this new song:

“We are proud to debut our thrashiest song yet! With ‘Blackblood‘, we pushed ourselves past the brink of our musical abilities. Crushing drums and soaring harmonies set the stage for the tale of Blackblood, a pirate whose greed leads to a macabre fate. Walk the plank, pillage, and plunder, and bang your fucking heads!”

It’s a damned cool song, one that administers a masterful beating, functions very effectively as a defibrillator, creates sinister and sorcerous moods, and becomes a diabolical ear worm too. The opening creates a wicked pulse through surging and swirling riffage, feverish bass notes, and vivid, skull-smacking drum patterns. That sets the hook, and then the song starts jolting and slugging as the vocals come in — which are raw, ragged, and rabid.

The song also includes lots of cool accents and diversions, including a bounding little bass solo, ecstatically swirling leads, and an eerie and dismal instrumental break that leads into a high-flying dual-guitar harmony and then a guitar solo which picks up the song’s central melody and spins it off into black-magic directions that are even more menacing and mesmerizing.

Father of Serpents is set for an October 7th release via Dissonant Hymns Records. It was recorded and mixed by Dave Kaminsky (Stone Healer, Fires in the Distance), with mastering by Ryan Williams (Kardashev, The Black Dahlia Murder) at Augmented Audio. The epic cover art for Father of Serpents was designed by Anditya Dita (Magic The Gathering, Rings of Saturn, Killitorous).

As for the lyrical themes, they span the gamut from mythology and fantasy to social issues, and… having sex with cockroaches. The record comes recommended for fans of such bands as Metallica, Megadeth, The Black Dahlia Murder, Trivium, Machine Head, and Mastodon.

Check the links below, and also don’t miss the first single from the album, “The Softest Grave“, which we’ve also included below.

One Response to “AN NCS PREMIERE: DIABOLOGY — “BLACKBLOOD””