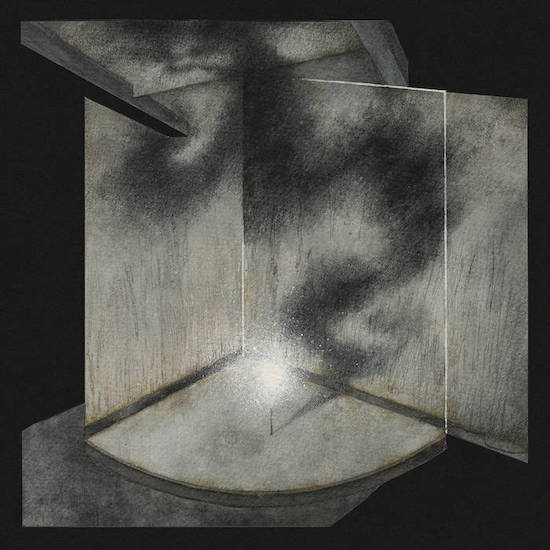 The discomforts of our lives are multitudinous and multifarious, ranging from niggling annoyances to traumatic terrors and crushing catastrophes. Though some people recoil from re-living such discomforts in the music they make or the music they listen to, some bands, at least in the expansive sphere of metal, throw themselves into the most unnerving ends of that spectrum with great relish and no remorse.

Dead Void are one of those bands. On their debut album Volatile Forms what they recoil from are half measures. They wholly devote their impressive talents to the creation of death metal that’s horrifically hostile, bestially savage, stunningly hopeless, and fiendishly unpredictable and unsettling. The music is brutally crushing and authentically unhinged, and just as likely to force listeners into claustrophobic caverns of doom as it is to gut you or shake you to pieces. As proof, we offer the song “Entrails of Chaos“. 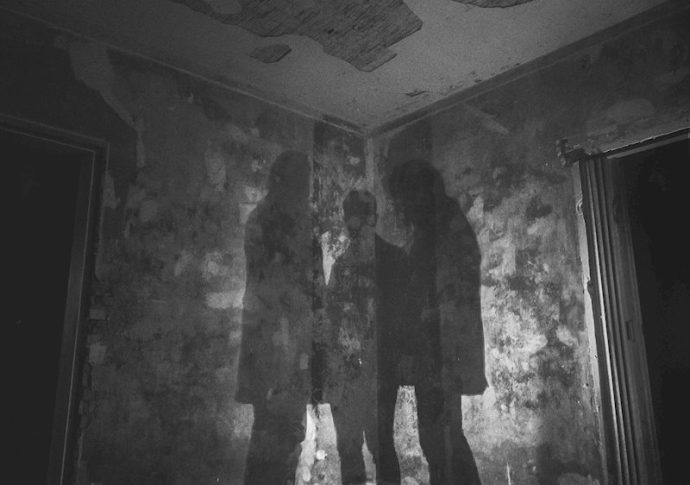 In this new song chaos reigns from the beginning as the band inflict brutalizing sledgehammer blows, boiling and buzzing guitar maelstroms, and bursts of growling that seem expelled from a throat nearly choked with viscera and bone. The riffing is thick and miasma-like, and some of the sounds reverberate as if recorded in a big sewer pipe, but the snare drum cracks like a whip, and sometimes the lead guitar piercingly whines like a dentist’s drill.

The music has a juggernaut momentum — massive, hard-charging, and bone-smashing. Even when the pace slows a bit and this macabre musical beast lurches and stalks, it still sounds rabid, especially when the vocalist bays at the moon and then drops into a ghastly, subterranean growl. The pace slows even more, ruthlessly dragging the listener into a cesspool of decay and rot, albeit with screams of guitar madness and morbid moaning chords that add to the music’s horrifying impact.

The song might have ended in that dismal suffocating place, but no — the band erupt in one final paroxysm of electrifying savagery and derangement.

Want more proof? Then also listen to the new album’s first single, “Perpetually Circling the Void“. The track is monstrously heavy and oppressive. You can imagine the earth heaving as this humongous death/doom beast slowly stalks ahead, emitting beastly growls and radiating toxic vapors as it goes. The music grows more feverish as the drums become more manically catastrophic, the riffing begins to writhe and seethe, and the guitar leads and vocals flare in crazed outbursts.

But the song returns to pulverizing death blows and music that wails in abject agony and convulses in pain, while continuing to build stultifying sonic nightmares all the way to the bitter end.

Dead Void‘s new music is so hideous and bizarre, but so cleverly constructed, that it’s no wonder they attracted the interest of Me Saco Un Ojo and Dark Descent, who will be jointly releasing Volatile Forms on September 15th — with the former handling the vinyl release and the latter providing the CD version. These are available for pre-order now, along with digital downloads.

And if you happen to be within striking distance of Copenhagen, you can catch the band’s album release show on August 26th at the Loppen venue.