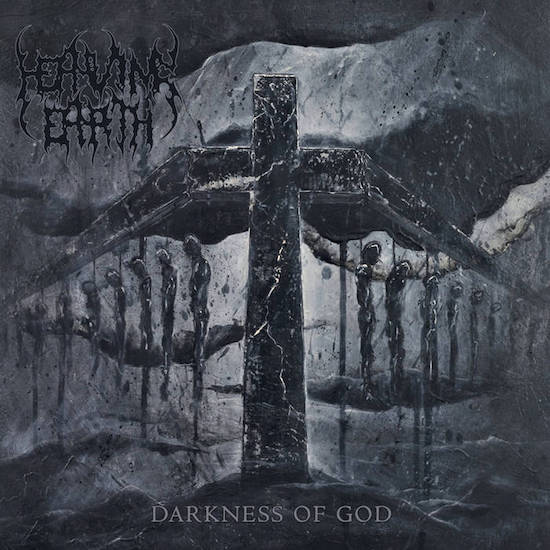 When the Czech band Heaving Earth released their second album Denouncing the Holy Throne in 2015 our reviewer Austin Weber showered it with praise, writing:

“While their band name comes from the Morbid Angel song of the same name, and the band is indeed certainly steeped in early death metal influences, they come across with a sound all their own. Boatloads of killer serrated riffs are an integral part of the Heaving Earth experience, yet it’s their subtly erratic nature, off-kilter hairpin turns, and mountain-sized heaviness that keeps me coming back. That, and the way they come across as very dark and foreboding, very much in the mood and feeling that some of the most fucked-up and disturbing black metal channel so well.”

A long seven years later, Heaving Earth returned with a new album named Darkness of God that was released this past May by Lavadome Productions. Not surprisingly after such a long time, the band’s lineup has changed, but the music is still a striking experience, one that both exhilarates and challenges any sense of complacency.

The compositions are also challenging to perform, and demand a significant level of technical proficiency. Fortunately, Heaving Earth come well-armed for the challenge, and we have proof of that in the guitar playthrough video we’re presenting today, which features the formidable talents of lead guitarist Martin Meyer. 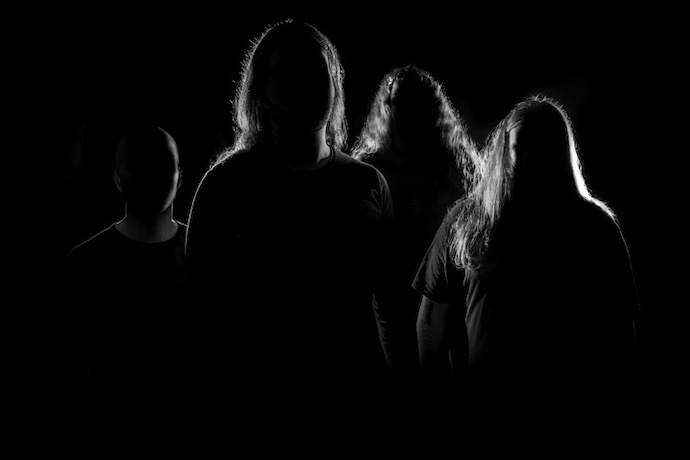 The song that’s the subject of the video is an instrumental track from the new album named “Earthly Kingdom of God in Ruins“. In the video, Martin Meyer makes it look easy, like an evening stroll through the park, but this kind of fleet-fingered fret-leaping execution clearly can’t be easy.

The riffing constantly twists and turns, backed by thunderous percussive eruptions, and as it does the mood of the music contorts as well, channeling tension and despair, fury and delirium, and a kind of unnerving splendor.

The music is head-spinning, and the video is even more impressive, given that Martin Meyer’s performance was recorded in one take, as all honest play-through’s should be. But there are other surprises too, when the fire-brand intensity of the music suddenly softens (Heaving Earth do like to keep listeners on their toes).

This is the second guitar-playthrough filmed for a song from Heaving Earth‘s new album. The previous one was for the song “Flesh-Ridden Providence“, which is the track that follows “Earthly Kingdom of God In Ruins” on the album, and we’re sharing that one too:

Darkness of God is available from Lavadome on CD and as a digital download. The line-up that recorded the new album is: