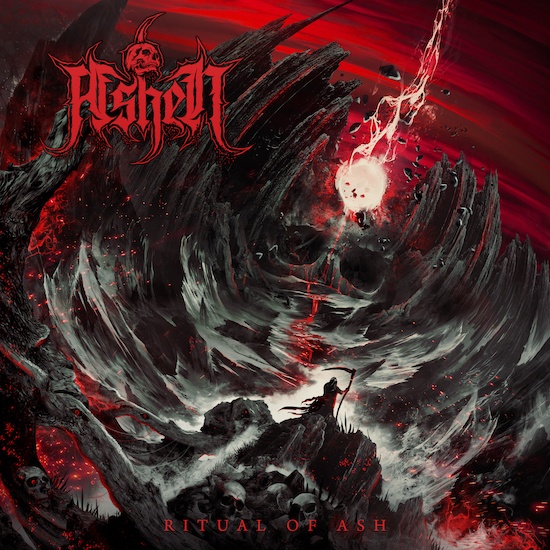 The four-man Australian death metal band Ashen made an auspicious first strike last year with their Godless Oath EP, a recording that our own Andy Synn celebrated with these words:

“The debut EP from Aussie death-dealers Ashen is one of the finest slabs of meaty, delicious Death Metal goodness I’ve heard all year, showing a reverence for the old-school which, smartly, never crosses over the line into shameless hero worship. With a hefty helping of heavyweight riffs, gargantuan grooves, and brutally barbed hooks, alongside a vocal performance positively dropping with grisly character, it’s one hell of an opening statement, chock-full of clever touches and killer moments, which promises great things for when the band finally drop their full length debut.”

Well, the time for that eagerly anticipated full-length drop is now approaching, with a release date of December 10th set by the same Bitter Loss Records that brought us the EP. The name of the album is Ritual of Ash, and to spread the word about it on this Bandcamp Friday (hint, hint, spend your money!), we’re premiering a video for the album’s first single, “Ritual“ 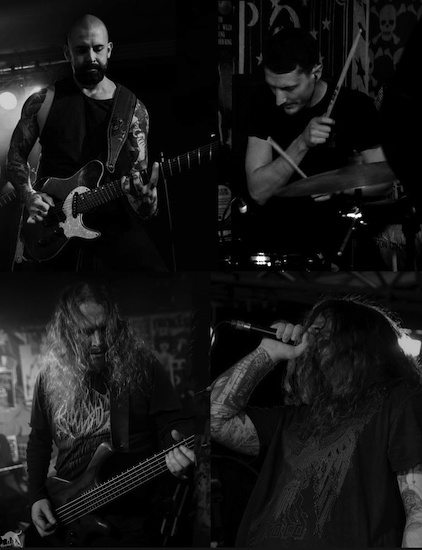 Everything Andy wrote about the EP is true in spades here. As a musical beast, “Ritual” is monstrously brutish and predatory, capable of slugging and stomping its prey into submission with no remorse and also exploding into savage, flesh-ripping frenzies. It’s also a hellish creature, shrouded in foul aromas of the occult.

In less metaphorical terms, Ashen have created a dynamic and exhilarating experience, moving between (on the one hand) jolting percussive blows and viciously slashing and moaning chords and (on the other hand) paroxysms of maniacally battering drums and wild, tremolo’d guitar madness.

The grooves in the song hit hard enough to fracture concrete, and the blizzards of whirring riffage channel electrifying derangement, while the melodies that slither through the assaults create a supernatural aura. The vocals are themselves an electrifying experience in derangement and ferocity, expelling the lyrics in ravenous snarls, crazed screams, and gargantuan bellowing gutturals.

The accompanying video by Dark Spirit Photography is a fine match for the music, swathing the shadowy performers and hooded infernal priests in smoke and red-shifted light, which makes it seem like the band are performing for an audience of demons. All you death metal demons out there are going to eat this up too:

The new album was mixed and mastered in Sweden by The Crown‘s Marko Tervonen at StudioMT, and it features compelling cover art by Giannis Nakos of Remedy Art and Design.

Bitter Loss will release the album in a variety of formats, including Vinyl with splatter discs and CDs, along with merch and bundles of all these items. Pre-orders open up today.