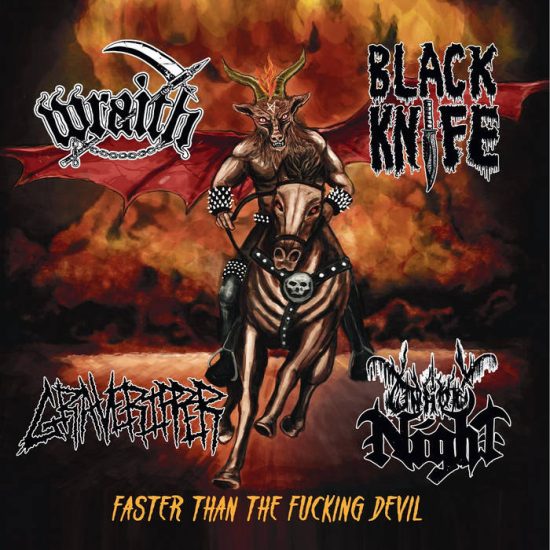 Hailing from Northwest Indiana, Wraith kicks things off properly. Their sound draws on the early thrash classics like Exodus’s Bonded by Blood, Dark Angel’s Darkness Descends, and Metallica’s Kill ‘em All, but interjects a good dose of Motörhead as well. With tracks like “Demons of Doubt” and “(Call Me) The Destroyer” we get served the hooks of old-school metal with the rawness of black metal. They close their three songs with “Seven Serpents” which sports an awesome Slayer-inspired bridge. 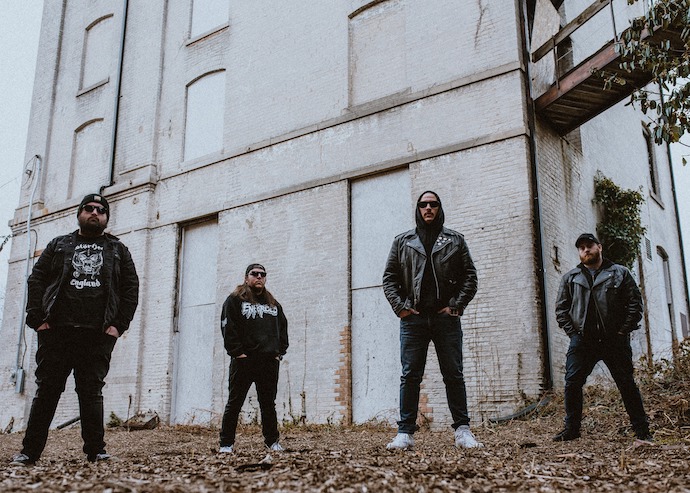 Kentucky’s Black Knife are up next, proving to be utterly feral in their delivery. They swap out Bay Area influences for the classics of German thrash a la Sodom, Kreator, and Destruction and sprinkle in the satanic rock majesty of Midnight and Venom. As amazing as these three songs are, I can’t imagine how they would sound in a live setting. “Satanic Commander” needs to close out the set and would surely inspire the crowd to go out and engage in all manner of after-midnight mayhem. 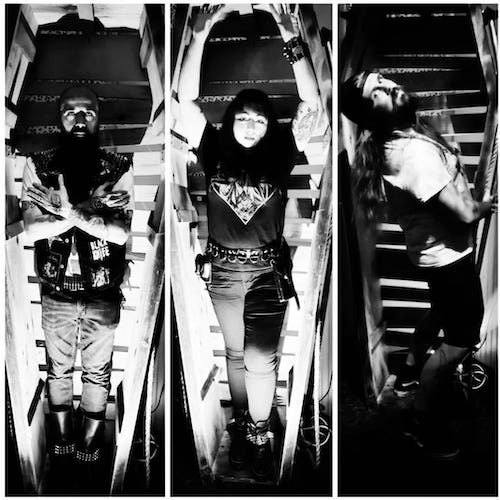 Returning to Indiana, Graveripper also leans more towards Teutonic thrash. They seem the most technically proficient of the four bands but never lose sight of the savagery. “Mind Filled with Dread” finds the happy medium between Coroner and early Destruction while “Night Frozen Black” conjures a more black metal atmosphere. “Tomb of the Oppressor” closes their set with a riff labyrinth that includes both classic metal sections and blasting, all the while keeping the blackened crypt stench intact. 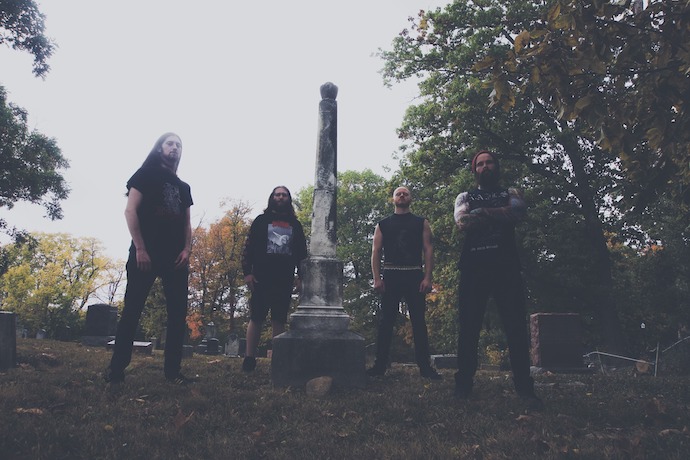 Russia’s Unholy Night closes out the record with the most old-school material of the four. “Louder, Angrier” sounds like a lost track from Kill ‘em All, albeit with Immortal’s Abbath on vocals. Their other track, “Ancient Rites”, is even more succinct in its construction but stirs up more circle-pit-inducing madness. 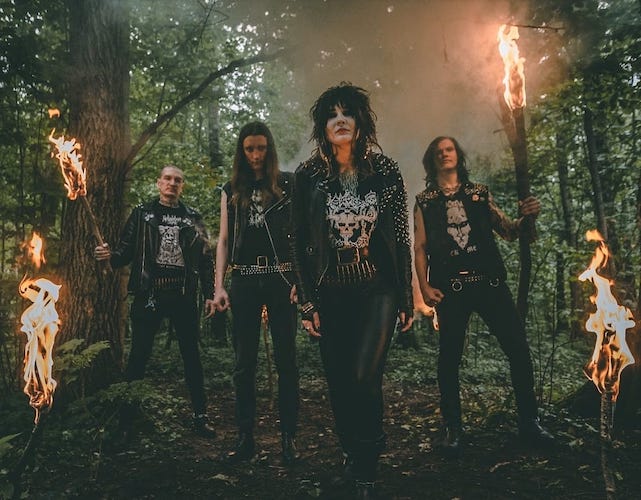 The four-way split record might not be the most common format, but in the case of Faster Than the Fucking Devil it definitely works. While these groups share a lot of common influences they each possess their own identity and leave the listener wanting more. Don’t sleep on any of these groups, or Wise Blood Records. This is the metal you need in your life.