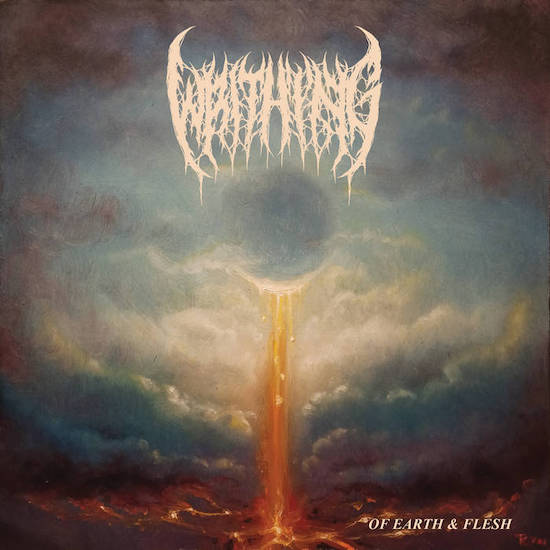 We’re told that when the Australian band Writhing began to take shape in 2019 the goal was “to combine suffocating heaviness and dissonant atmospherics, while still paying homage to their early death metal influences (Cannibal Corpse, Incantation, Morbid Angel, etc)”.

Anyone who has heard that demo will now be greedily awaiting the advent of Writhing‘s debut album, Of Earth and Flesh, and the wait won’t be much longer — it’s set for release on September 23rd by Everlasting Spew Records. What we have for you today is the third single from the album, combined with streams of the first two in case you missed them. 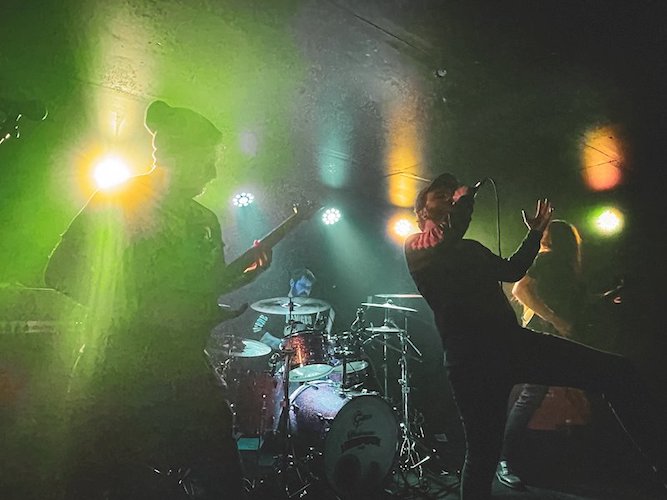 This new single, “Uncreation“, is well-named. It feels like the splintering of reality, with the disassembly created by whirring riffs that grind and growl and also elevate into frenzies of madness, accompanied by obliterating percussive assaults and monstrous cavern-deep growls and savage howls (the song features a guest vocal appearance by Dan Lowndes to aid in the terrorizing).

The music also jolts and jars, erupts in crazed spasms, whines like massed hornets, and brays in tones that signify the agony of their victims. Sanity seems to be coming apart at the seams in these dissonant ministrations, while more tangible structures are being beaten and bludgeoned into fragments.

The two previously released singles, “Monolithic Extinction” (which opens the album) and the title song, are, if anything, even more apocalyptic. The heavyweight beating they deliver is merciless and bone-jarring, and the twisted riffing and macabre melodic accents are mind-mauling.

The tempos and moods vary, to help keep you perched on the edge of your seats, and the moods change as well, bringing in feelings of world-spanning fear, imperious cruelty, terrifying grandeur, and abject misery — and it all continues to sound unearthly. Perhaps paradoxically for such ferocious and frightening music, it also turns out to be damned catchy.

Of Earth and Flesh was mixed and mastered by the afore-mentioned Dan Lowndes at Resonance Sound Studio. It features eye-catching cover art by Timon Kokott, and Everlasting Spew recommends it for fans of Tomb Mold, Skeletal Remains, Adramelech, and Undeath.

The label is offering the album on a multitude of formats — CD, cassette tape, and digital now, and a vinyl edition expected late this year.

One Response to “AN NCS PREMIERE: WRITHING — “UNCREATION””